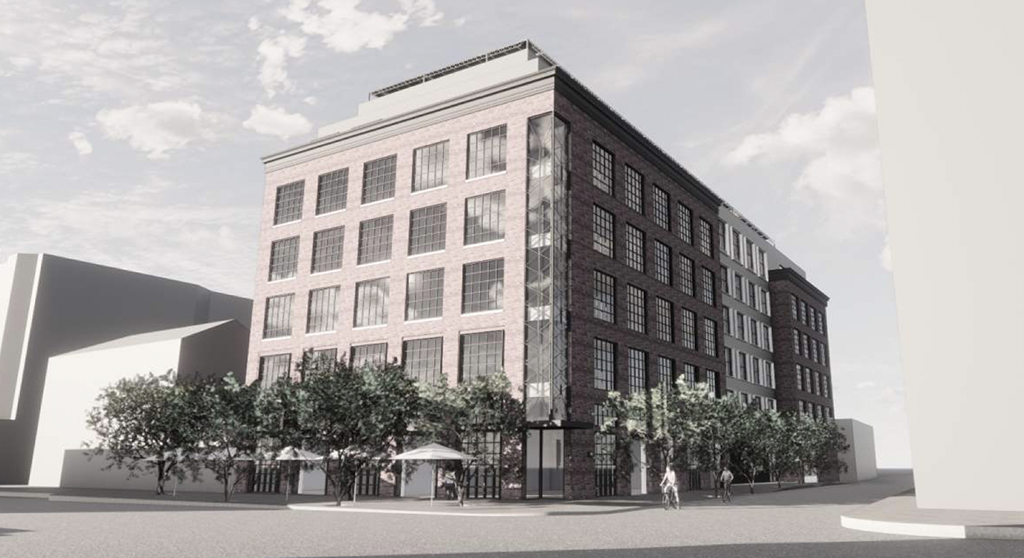 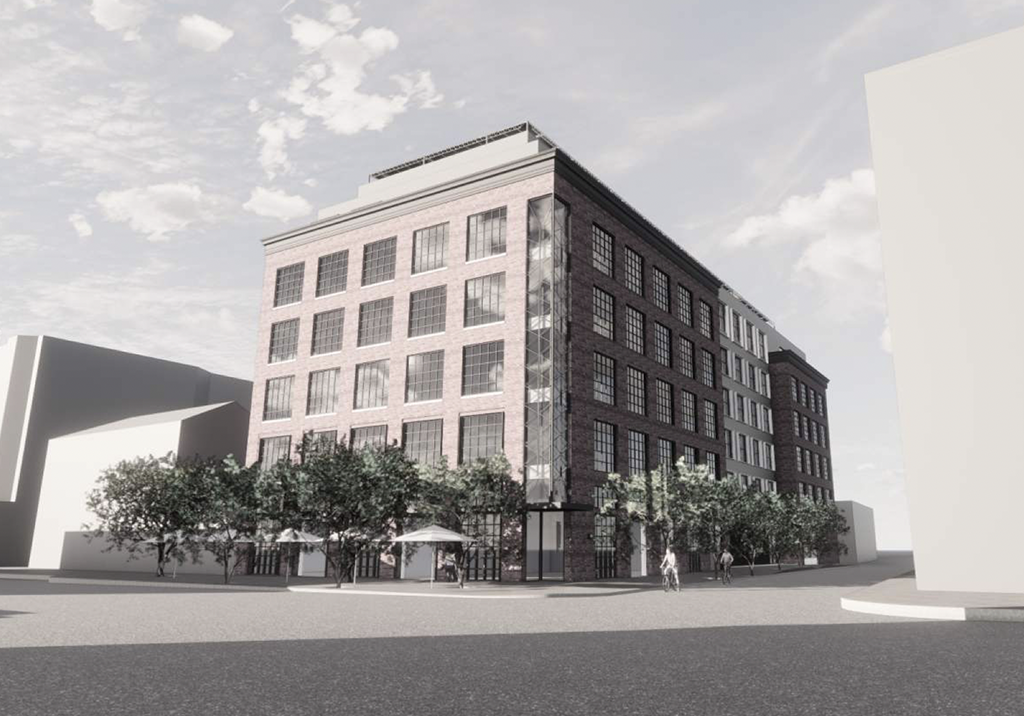 A rendering of a proposed hotel with entertainment venues that could replace The Middle East, ZuZu and Sonia in Central Square. (Image: CSQ Realty via Historical Commission)

The Sater family has plans to demolish its Middle East nightclub and restaurant complex in Central Square and build back a hotel with entertainment venues, according to documents filed with the Historical Commission.

An expected discussion of the application on Thursday is instead marked on the commission agenda as a request to postpone, though. The next time the commission could consider demolition of the 1928 structure is Oct. 6.

The Middle East opened in 1969 as a restaurant featuring belly-dancing and music of the region, with one weeknight each dedicated to jazz and blues. Under the guidance of legendary promoter Billy Ruane, who died in 2010, it turned increasingly to rock, becoming a nationally known destination.

Even before Central Square became a state-designated cultural district, the Middle East was considered “the heart and soul of Central Square,” said Michael Monestime in 2020, speaking as a leader of the business community.

Plans show a 53,847-square-foot hotel of roughly 100 guest rooms on four stories, sandwiched between two concert stages in the basement and on ground level, retail (also at ground level) and a sixth-floor restaurant. The 80-foot building would replace what is now three Middle East stages – Upstairs, Downstairs and a corner café – and a fourth at Sonia, as well as the restaurant ZuZu at 468-480 Massachusetts Ave. and at 2-10 Brookline St. The demolition would include the Central Convenience mini-mart.

Change has been looming

The complex’s single-story construction in a city starved for square footage has long marked the Middle East for change. The last time the Saters had public plans to develop the site was in 2013: adding four or five stories of condos over the clubs, built on trusses so the businesses could stay open during construction. Ultimately, the idea didn’t seem workable, and the Saters abandoned it.

The Sater family bought the 23,388-square-foot property Dec. 2, 2014, for $7.1 million, seemingly ensuring the long-term life of its clubs, but found it draining to pay off the high mortgage.

In January 2020, the site was listed for sale and marketed for use as a high-rise lab building, with co-owner Nabil Sater saying his ideal lease-back arrangement would allow the family-owned clubs to keep operating. Ultimately, no sale took place and the listing was taken down.

Messages were left Friday evening by phone with co-owner Joseph Sater and Patrick Barrett, who is involved with the project and previously built his own boutique hotel minutes away at 907 Main St.

Luis Cotto, executive director of the Central Square Business Improvement District, said on Friday that he had learned of the plans only days earlier and it was too early for him to comment.

“This is super new. We haven’t even had meetings to discuss it internally,” Cotto said. “Obviously this includes one of our bigger cultural assets in the city’s only cultural district, so this is definitely something that’s piqued my interest. But I need to know more.”