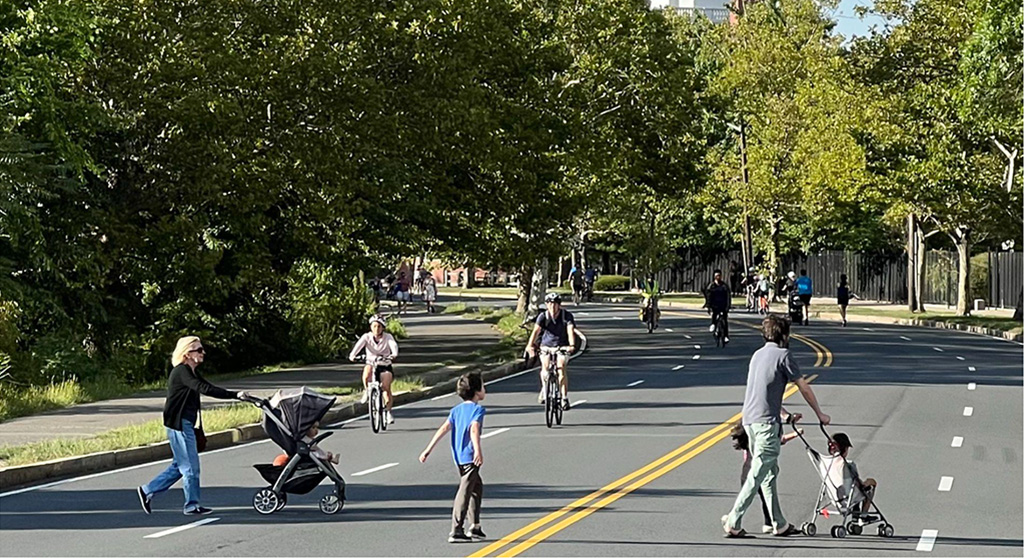 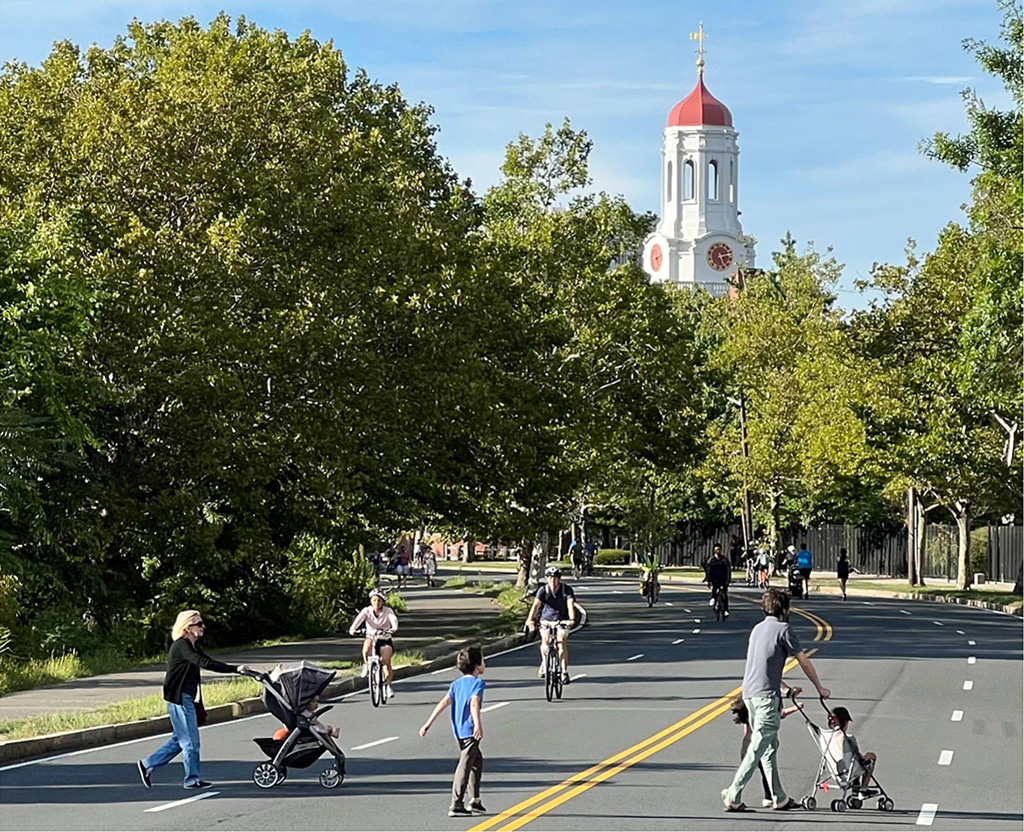 Every weekend, Cambridge-area residents bring bikes, skates, strollers and running shoes to a 1.4-mile stretch of Memorial Drive between Western Avenue and Gerry’s Landing. Since its inception in the 1970s, Riverbend Park has become one of the parks in the city, providing joy every weekend from spring through fall. It is a unique urban jewel in a city trying to reconnect people with the riverfront and a symbol of the success of local advocacy – but its future is in jeopardy.

Over the past three years, the park’s schedule has expanded to include Saturdays and Sundays, built as a pandemic effort to provide more open space. The City Council requested in an 8-0 vote this spring that the expanded schedule continue this year and even that it be extended east as a matter of equity. But the park has recently become a matter of controversy. In late May, a councillor filed a policy order to end Saturday vehicular closings, citing opposition from a small number of people. In response, a community petition to keep Memorial Drive open garnered the support of more than 4,000 people.

It is worth noting that Memorial Drive (like its parallel neighbor, Storrow Drive) was never meant to be a throughway. The present-day green space on the banks of the Charles River is only a sliver of its original vision. Nonetheless, the Sunday closings have long provided a boon to a city struggling to move away from its overreliance on cars, improving public health and providing more space for recreational users to enjoy the riverfront safely.

Dozens of residents spoke at several council meetings about the benefits of Memorial Drive being open for recreation all weekend. We described how the park brings a greater sense of community and safety and aligns with Cambridge’s health and climate goals. The overwhelming support for Memorial Drive as a park met resistance from a few residents who demanded a return to Sunday-only closings.

Why were some residents concerned? That question drove me to attend several June and July community meetings with residents of streets next to Memorial Drive. What I learned was enlightening.

These residents felt the influx of visitors on Saturdays caused traffic congestion and detours, making it more difficult to run errands by car. They described situations in which their children felt unsafe due to the impatience of cut-through drivers. To be clear, these are legitimate concerns, and it is vital to take them seriously. But these concerns are only one perspective from Riverside residents. The City conducted a recent community survey that showed only 24 of 238 Riverside residents (10 percent) say they have experienced bad traffic delays from the closings. On the other hand, 94 percent say they use the park multiple times a year.

The state Department of Conservation and Recreation seemed unwilling to discuss solutions with community members, though, and suddenly ended the Saturday park access instead.

That abrupt decision derailed the ongoing engagement between a vocal group of unhappy residents of one neighborhood and park supporters from all across the city. It led to a considerable outcry from the community, including comments from state Reps. Mike Connolly and Steve Owens. It also stalled progress on constructive improvements, such as traffic signal syncing and street markings.

After a few days, the state backtracked. The park is now open all weekend, a significant victory for open space advocates.

Now we need to send a clear message of support so this open space continues for many years to come.

The state is collecting feedback about whether to continue keeping the park open all weekend.

On Tuesday and Wednesday, the city and DCR will host community meetings. The first meeting will be in-person at Riverside Press Park, and the second will be virtual. Showing up to either of these (or both!) will help support keeping Memorial Drive open to pedestrians, cyclists and others all weekend. It also shows the city that people desire walkable spaces and furthers the work toward that goal. You could also write a quick note to the City Council and city transportation staff.

Memorial Drive is a community asset for residents. It shows what happens when people work together to listen to resident concerns, consider solutions and improve policies for everyone. With these steps, we can keep the park – and the city – a safe and open environment for all of us.

Clyve Lawrence is an undergraduate at Harvard University