‘The Silent Twins’: Illuminating and animating their shared world, never interrogating our own 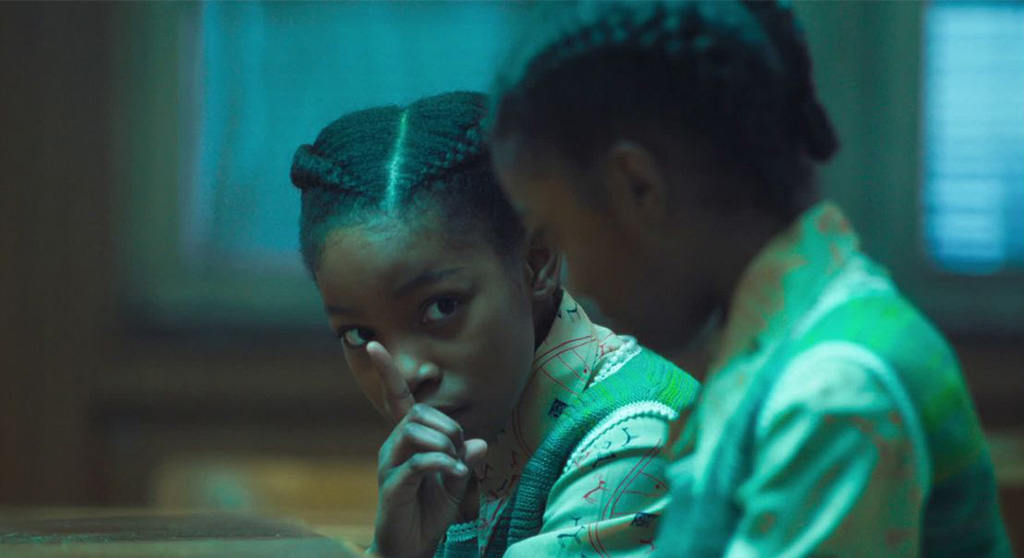 ‘The Silent Twins’: Illuminating and animating their shared world, never interrogating our own

Taking place over two decades that begin in the 1960s in Wales, “The Silent Twins” is a biographical drama that leverages the diaries of immigrant black twins June and Jennifer Gibbons and a similarly titled book by journalist Marjorie Wallace. Early in their upbringing the Gibbons girls were considered mentally ill for interacting only with each other and later institutionalized after vandalizing property.

Directed by Agnieszka Smoczynska, “Silent Twins” feels eerily like an unofficial sequel to the Polish director’s debut feature, “The Lure” (2015), a musical horror revamp of Hans Christian Andersen’s “The Little Mermaid” set in the 1980s about a pair of sister sirens. In both films, outsiders look at the pair as a united front, but their relationship is fraught with conflicting motives over how to engage with a hostile world. Here Smoczynska sympathizes with her pair of protagonists as creative souls retreating to a shared world, away from abuse and casual cruelty. The scenes depicting their interior life are vibrant and rich, a stark contrast to barren reality.

Jennifer (Nadine Marshall), the dominant twin, prefers the outside world’s wonderment, whereas June (Letitia Wright of “Black Panther”) is more introverted, invested in her writing and constantly contemplative of their place and limitations in the world. In daydreams, Jennifer envisions losing her virginity in an Edenic garage tryst, while June taps into the sordidness of their surroundings and situation. Their contrasting outlooks lead to volatile outbursts, warring doppelgangers before our eyes. The performances are Oscar worthy, though given the film’s unique scope, getting enough attention for a nomination may be a challenge.

Smoczynska intercuts stop-action claymation with live-action performances to help deepen our understanding of the twins, who speak in their own vernacular and seldom to others. Despite their fantasies of fame, the sisters are deeply aware of their vulnerability and the abusive nature of institutional environments. Given the mental health issues raised, “Silent Twins” can at times be an uncomfortable, grueling movie to watch. Unlike in Jeff Malmberg’s documentary “Marwencol” (2010) or the British series “Chewing Gum” (2015-2017), the audience gets no palate-cleansing moments to relieve incessant secondhand discomfort. A one-note, immersive ambiance makes “The Silent Twins” something of an innovative mess.

Viewers expecting a comprehensive understanding of the broader historical context of the sisters’ lives will exit disappointed. Smoczynska details the abuse from fellow students as they spit on the twins and burn their possessions, but never looks critically at adults – namely the Gibbons’ parents. Also worthy to note, the Gibbons were the only black people in their township. It is possible the sisters did not have a mental illness, or were at least not diagnosed free from an inherent bias against immigrants using Bajan Creole instead of English. The faces of the institution are presented as having good intentions, but the story lacks any sense that racism, sexism or xenophobia could have played a role in their treatment. As recently as 2017, the United Kingdom was still trying to find a way to deport those they’d encouraged to immigrate from the British Empire’s former countries after World War II ravaged the native labor market. There’s a lot of unanswered loose ends that make the film feel more like a gawkish appropriation of the sisters’ pain than a genuine and painful coming-of-age story.