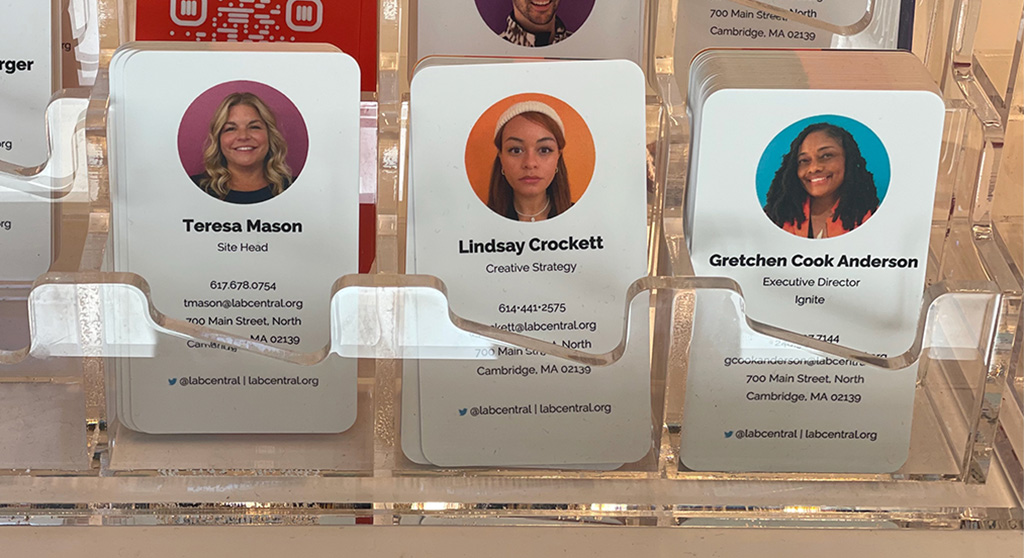 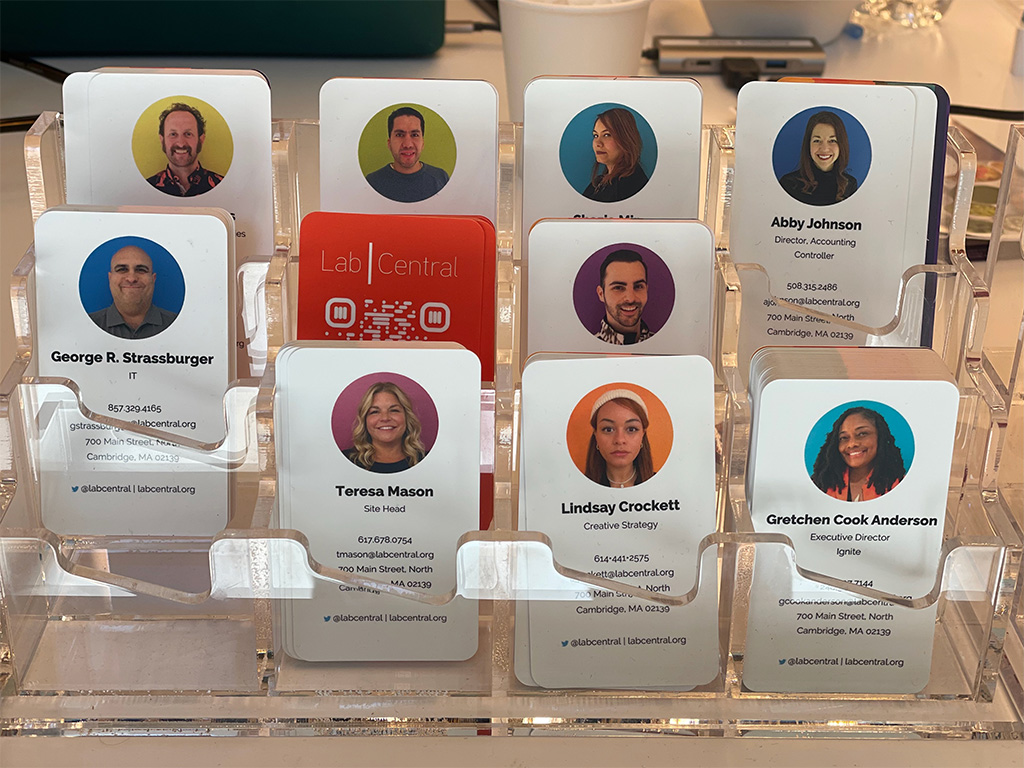 Move over Willy Wonka. Your original golden ticket – five of them, in truth – cannot hold a candle to the four awarded by LabCentral Ignite (“Ignite” at 700 Main St., Kendall Square) during a live ceremony Sept. 27.

The organization calls itself “a first-and-only-of-its-kind platform that’s addressing systemic racial, gender and other underrepresentation in talent across the life-sciences and the biotech industry.” Gretchen Cook-Anderson, Ignite’s executive director, said its Golden Ticket prize program, launched last year, is an important part of the work, designed to “solve for underrepresentation” in biotech industries that have “really not done a very good job of selling itself as an employer to an undertapped workforce. We need that.”

This year’s winners included two companies founded by women and two by people of color that were chosen after an in-person pitch Monday. Judges deemed the startups to be exceptionally promising, high-impact, innovative scientific applications for solving problems in human health with a special emphasis on incorporating diversity, equity and inclusion into their operations.

The winners of the Women’s category were:

In the Founders of Color category, the winners were:

Each recipient will get one year of advisory support and a seat at Ignite’s lab in Cambridge with access to Ignite’s programs, people and events throughout a 12-month residency and beyond. They are also given $15,000 in cash.

Zutshi called the lab space alone invaluable. (It’s officially valued at more than $50,000.) “Being able to have our own lab space is empowering. Building out our platform more and working on partnerships – those are so crucial to early validation of us and our platform that it is really is an incredible thing to be able to have.” 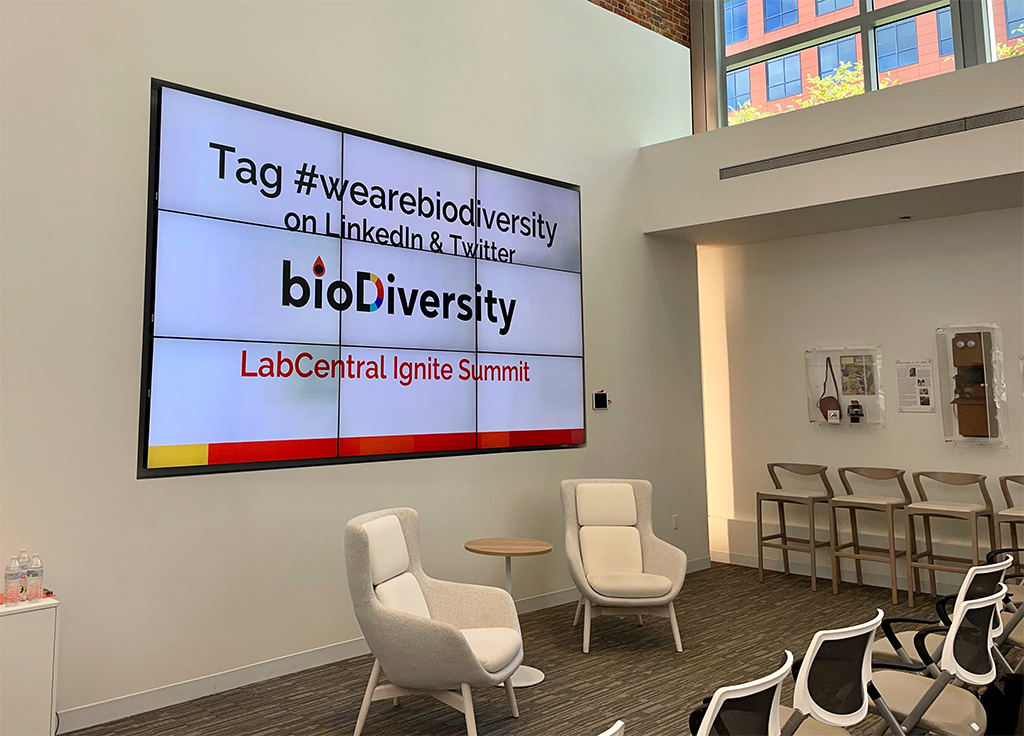 As if to underscore the value and urgency of the work of LabCentral Ignite as a complement of her own battle agains disease, Zutshi noted: “I literally have a sticky note in front of me that says ‘patients are waiting.’”

“Entrepreneurship is hard. Biotech is hard, trying to cure cancer is hard, but things like LabCentral Ignite, the Golden Ticket, the community, the resources, the team that I have around me, all of it makes it a little bit easier,” Zutshi said. 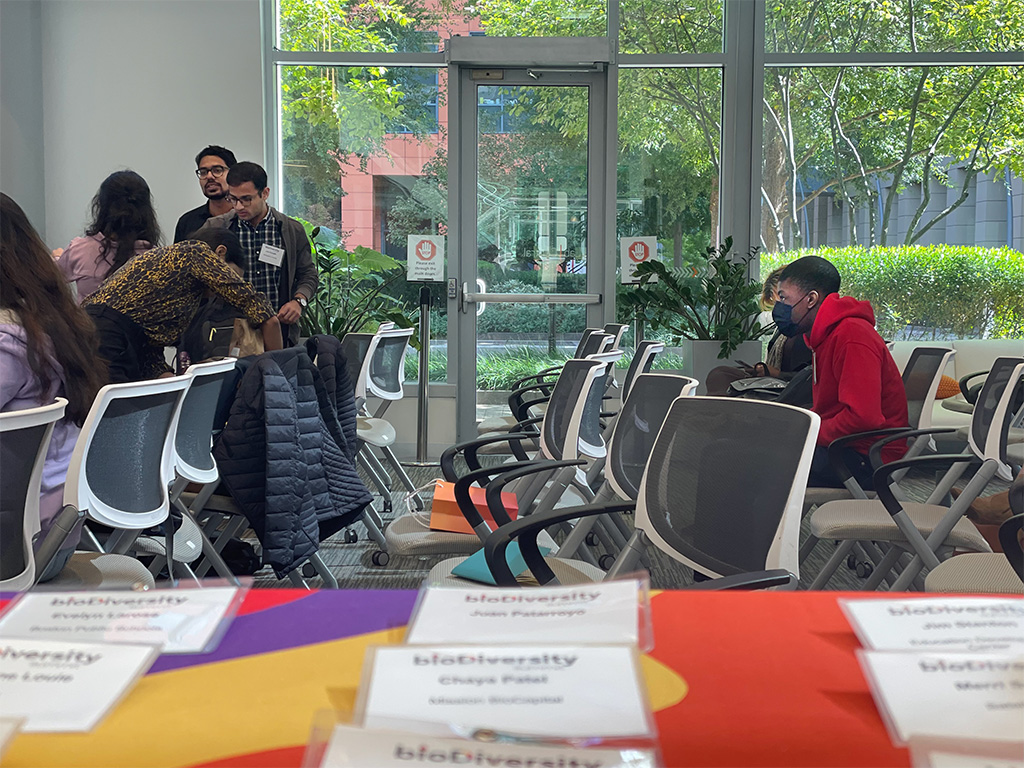 Sara Murji, a communications specialist with Ignite, said the Golden Ticket ceremony was timed to coincide with the lab’s inaugural Biodiversity Summit, held Sept. 27 and Wednesday to bring together a broad mix of industry, education and workforce development players working to promote greater diversity, equity and inclusion in the sector.

Biodiversity Awards were also presented during the summit using a process and criteria similar to the Golden Ticket, but not focused on founders. Among the award categories were Impact on Life Sciences Diversity, Equity & Inclusion, Educational Institution and Nonprofit Organization. A complete list of winners, with their bios, is available on Ignite’s website.