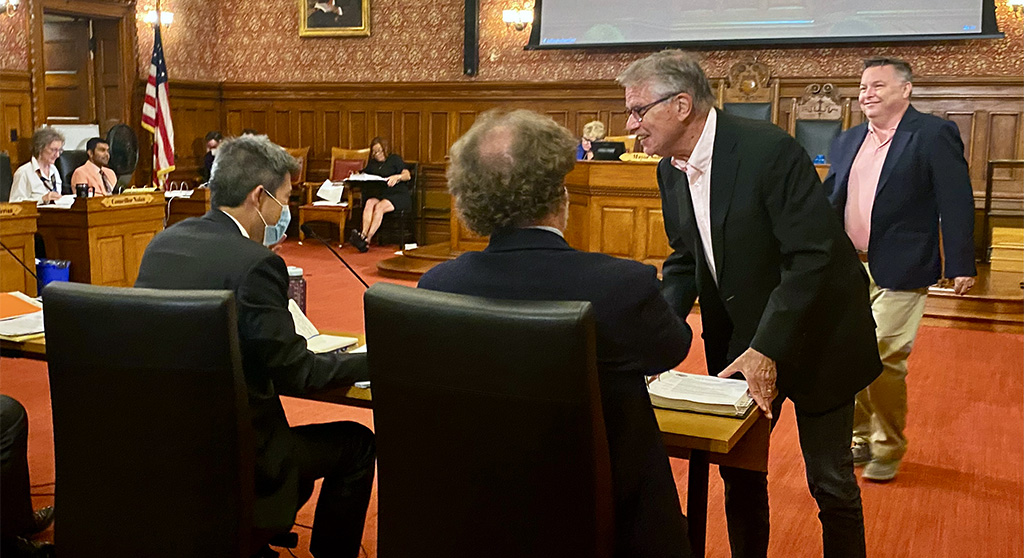 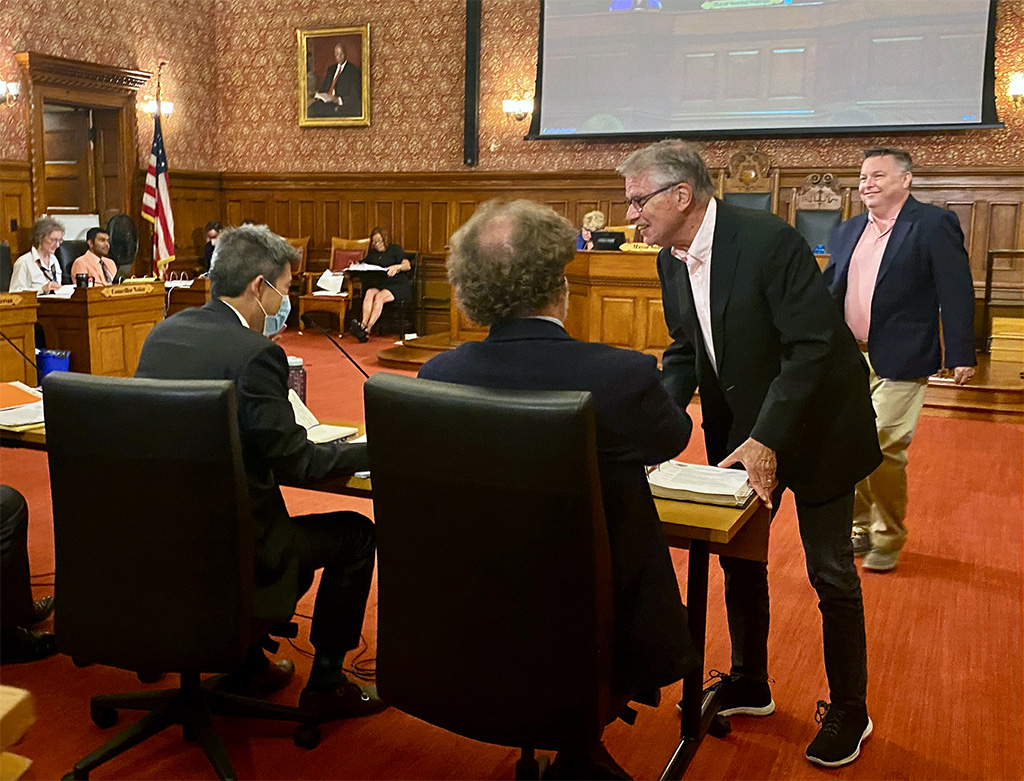 New City Manager Yi-An Huang would like to add City Hall leadership positions by the end of the year, and got little pushback Monday on the plans even from hesitant city councillors. Instead, councillors reminded him of the body’s wishes for adding a potential fourth position.

The proposed three appointments from Huang are for a director of emergency management, “chief people officer” and director of community engagement.

The council responded with a reminder of its call for a chief resiliency officer dating back to a report in 2017, with commentary coming from Mayor Sumbul Siddiqui, vice mayor Alanna Mallon and councillors Patty Nolan and Quinton Zondervan – and a note the role could be folded into emergency management. “Climate change is an emergency too,” Siddiqui said.

Crises are now handled within the fire department, an approach Huang called “standard for smaller towns and cities”; the idea of moving the role to its own office, as it was a dozen years ago, made Nolan wonder if Cambridge needed the same model that is used in Boston, which is six times Cambridge’s side.

Huang acknowledged that even with 120,000 people, “we’re kind of in the middle” on needing a crisis office outside the fire department. But he noted the complex needs raises by emergencies such as the Boston Marathon bombing in 2013; 10-alarm fire in 2016 that displaced more than 100 people in East Cambridge; and the life-changing Covid pandemic. High security for visits by the famous and international dignitaries has been another factor for specialized equipment and training that has been raised by past officials.

With the likelihood of extreme weather events growing with the onset of climate change, Huang combined all the concerns into one possible solution. “It’s a good comment in terms of what we should title this position,” Huang said. “Maybe ‘emergency preparedness’ or ‘resilience’ would be a more appropriate title.”

The other positions included a director of community engagement who would coordinate and improve responses across departments where now “outreach and engagement vary,” and a chief people officer who would upgrade a personnel department Huang deemed to be 21 percent to 43 percent understaffed for a city with 1,636 full-time employees, more than 1,100 part-timers and a dozen unions – and using paper-based practices and tech from 1999. “We all recognize the irony that as a hub of innovation, we are still using technology and processes from more than 20 years ago,” Huang said.

Nolan went further, noting “the very fact that it’s called ‘personnel,’ which is more of a 1960s or even 1950s term, as opposed to ‘human resources’ or ‘people development.’”

The sharpest questioning about adding three top administrators came from Nolan, who wanted to be sure there was broad involvement by staff in crafting proposals that “change the culture of the city.” Huang arrived in September from the health care industry, and is the first city manager in decades who is not a City Hall insider. She also urged him to keep councillors involved “so that we can do our oversight function” – and noted that there are times she feels City Hall departments are overstaffed.

“I do have concerns about supporting three new high-level positions instead of taking first a deeper look at our existing institutions and where we can make improvements,” Nolan said, though she was aware from the search process that found Huang that there was at least great need for improvements in human resouces management, on which she said councillors heard  “concerns expressed loud and clear.”

“Absolutely as soon as possible”

Huang assured her on all fronts, and addressed briefly the question of how much to explore the moves before making a hire to improve operations. “One of the challenges is how we move a bit more rapidly and also think about the role of needing somebody to provide a bit of new leadership and coordination across roles where the city has done a good job in a decentralized way but without a lot of without a lot of support,” Huang said.

On crisis management, “we have gone through a number of pretty significant major events where we’ve performed very admirably but could have could have been more prepared,” Huang said. “We do have the resources in many ways to coordinate across these major events, and I think that raises the bar for how prepared we should be.”

The positions have not been posted, unlike new but previously discussed roles such as chief of staff and chief strategy officer, Huang said. His office is seeking input from staff about how to craft the job descriptions.

“My timeline is absolutely as soon as possible,” Huang said. “I would love if we had this team in place this calendar year. And we will work toward that.”

The council voted unanimously to place Huang’s report on file, clearing the way for hiring.