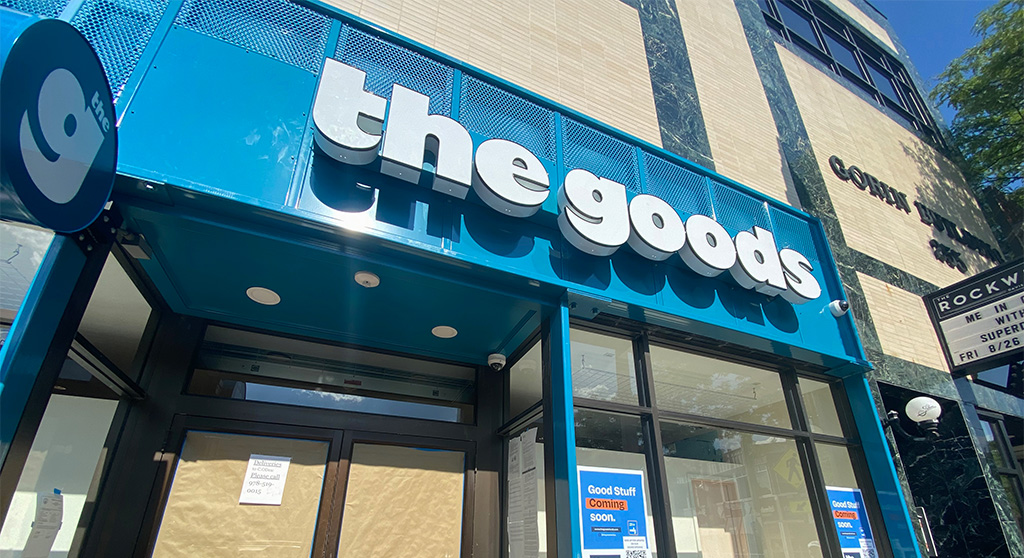 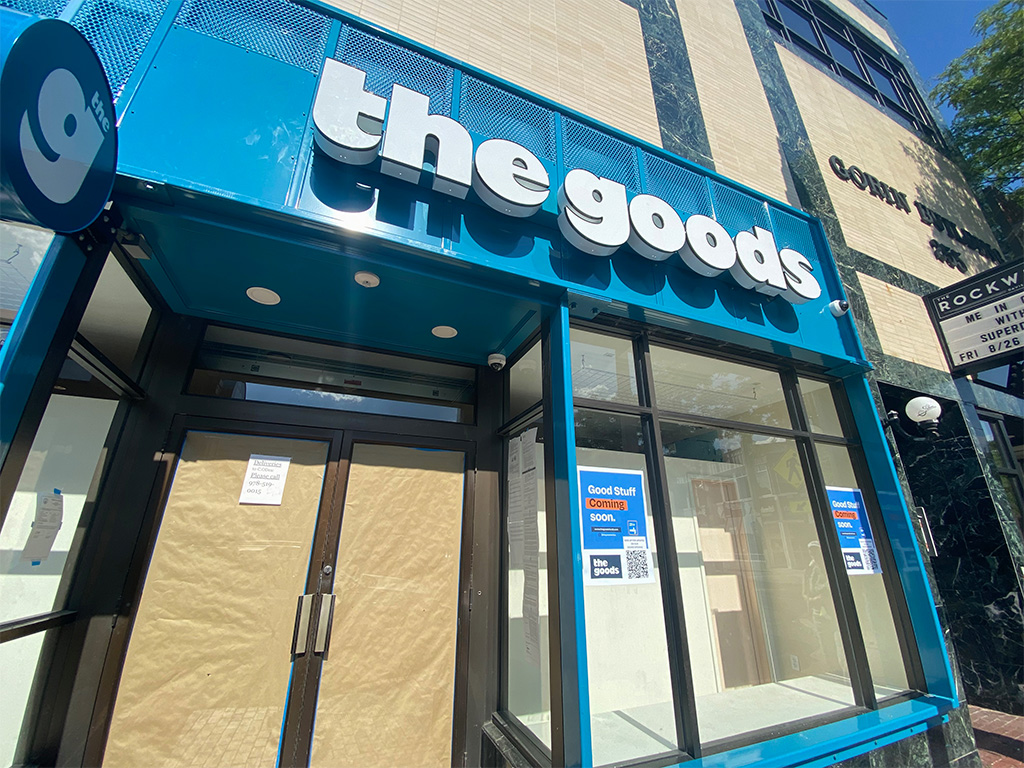 The business has been in the works since 2019 to open at 255 Elm St., in what was previously the Thrive Exchange used clothing store.

After the inspection, the state must tweet out an approval; after 72 hours, the team behind The Goods can go to the city clerk and pick up proof of final licensing, DeGroot said outside the shop on Friday, where he was found on a visit with assistant general manager and brand manager Conor O’Dea. At that point, the store could open immediately but will likely wait until mid-November.

“We’d like to be certain we feel the staff and store is ready for customers,” DeGroot said.

The store will have a “highly curated” menu and items that are specially branded to identify them as purchases with a “community giveback” element, DeGroot and O’Dea said. And while one of its display windows will advertise the store and its wearable merchandise, the other is set aside for community nonprofit partners.

The Goods was approved in the city’s second round of recreation pot sellers in 2020 under the name The Harvest Club. Owners appeared before the Licensing Commission on Oct. 17 for approval of the name change and other, more behind-the-scenes ownership details.

Voters statewide approved recreational cannabis by a margin of 54 percent to 46 percent in a November 2016 ballot question, but Somerville residents were far more enthusiastic: 76 percent of voters welcomed the shops.

After the state Legislature spent two years after the ballot question deciding its approach, cities and towns had to enact laws as well. The approvals process that followed and construction, slowed by two years of pandemic, has kept Somervillians either buying outside the city or from the old, more underground sources.

Cambridge, where 69 percent of voters embraced recreational marijuana shops, has seen two open so far, both in Central Square: Yamba Market, which launched April 20 with a block party; and Western Front on June 24.

The Goods will likely be the third in the cities; each has around a dozen additional applicants working toward opening.

“I wish you well. I know it’s been a hard road,” said Joe Lynch, chair of Somerville’s Licensing Commission. “It’s been a lot of paperwork and a lot of administrative hoops to jump through.”

Somerville’s cannabis stores are within a five-year priority period that favors “economic empowerment” applicants and medical marijuana dispensaries already in business in the city. Lynch said the priority period – already extended to five years from four – is being discussed for another extension to take it beyond November 2023. In the meantime, shops’ $900 application fees are waived.