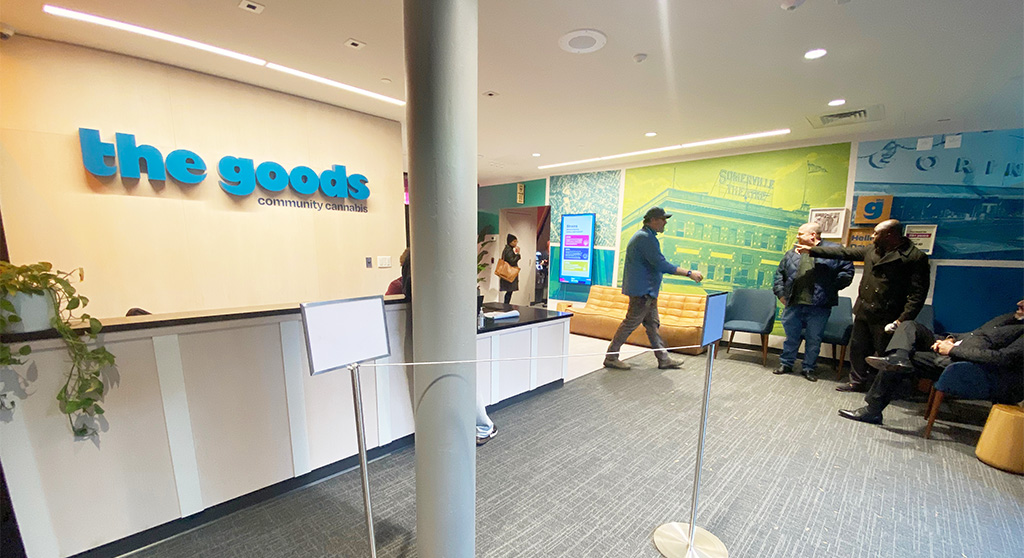 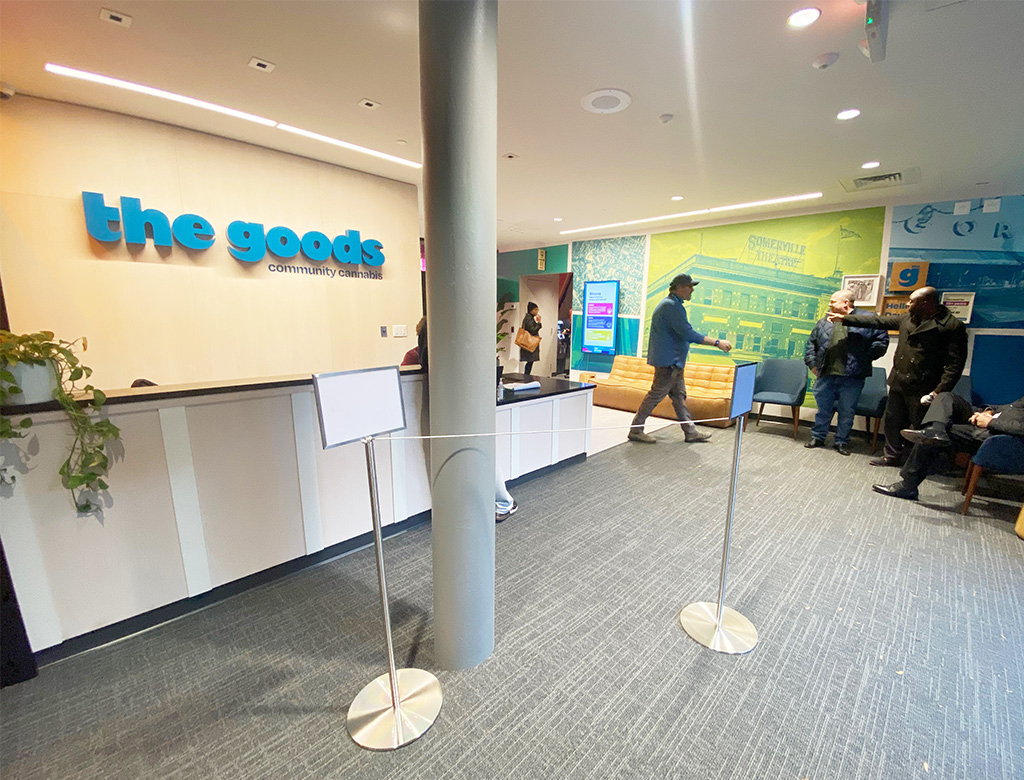 The Goods had a soft opening Thursday in Davis Square to become Somerville’s first recreational cannabis seller, and the medical marijuana dispensary Sira Naturals said it is soon to follow.

That sets up a dynamic familiar from Cambridge, where Yamba Market became the city’s first recreational weed seller April 20 and Western Front followed June 24: The shops are across the street from each other in Central Square.

In Somerville, The Goods is open at 255 Elm St. and Sira Naturals is across the street at 240 Elm St.

Voters statewide approved recreational cannabis by a margin of 54 percent to 46 percent in a November 2016 ballot question, but Somerville residents were far more enthusiastic: 76 percent of voters welcomed the shops. 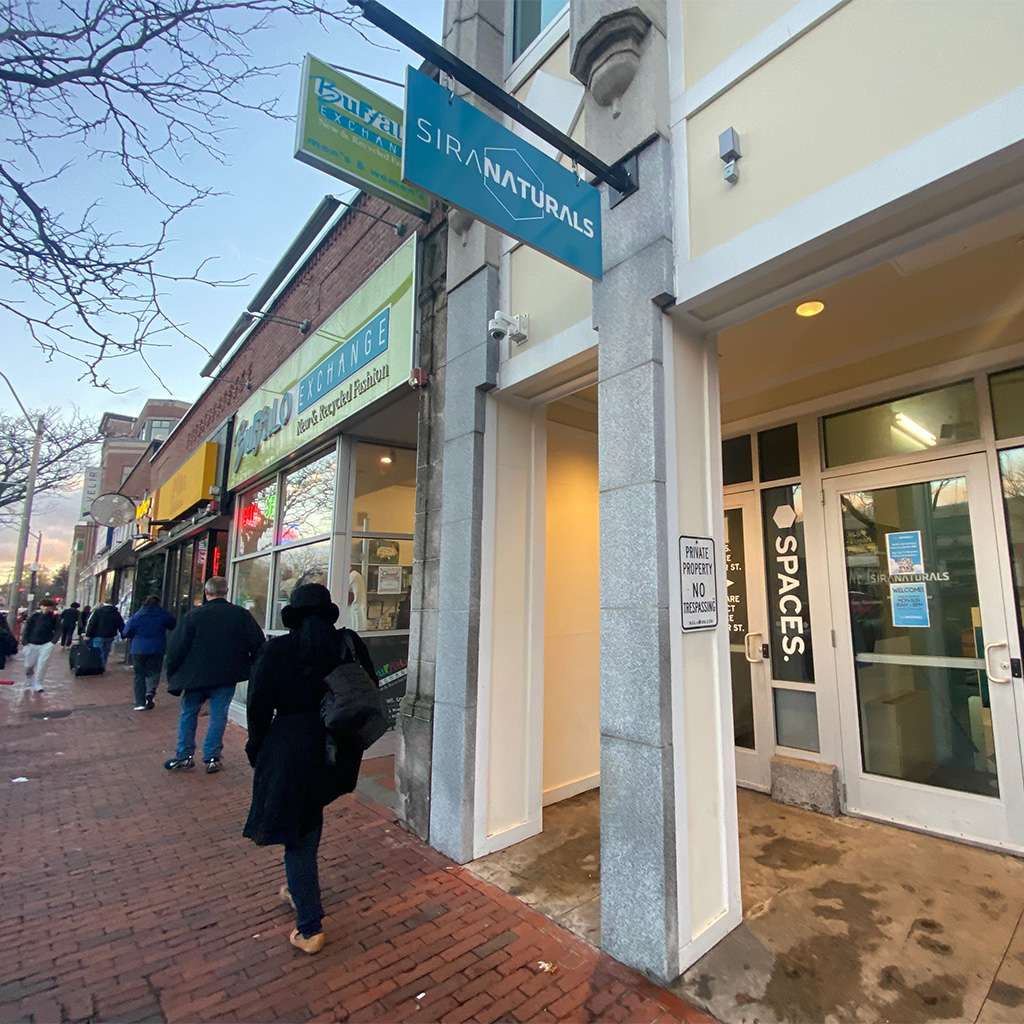 Sira Naturals is on the cusp of recreational marijuana sales in Somerville too. (Photo: Marc Levy)

Somerville’s cannabis stores are within a five-year priority period that favors “economic empowerment” applicants and medical marijuana dispensaries already in business in the city, which allows Sira to add recreational pot to the prescription goods it’s been selling since 2017.

Sira Naturals could start selling in the adult-use category as soon as Saturday or Monday, a Somerville city official said this week, as the Licensing Commission has signed off it to join The Goods. A front-desk worker at Sira on Thursday, though, said only that the recreational sales would begin “before Thanksgiving.”