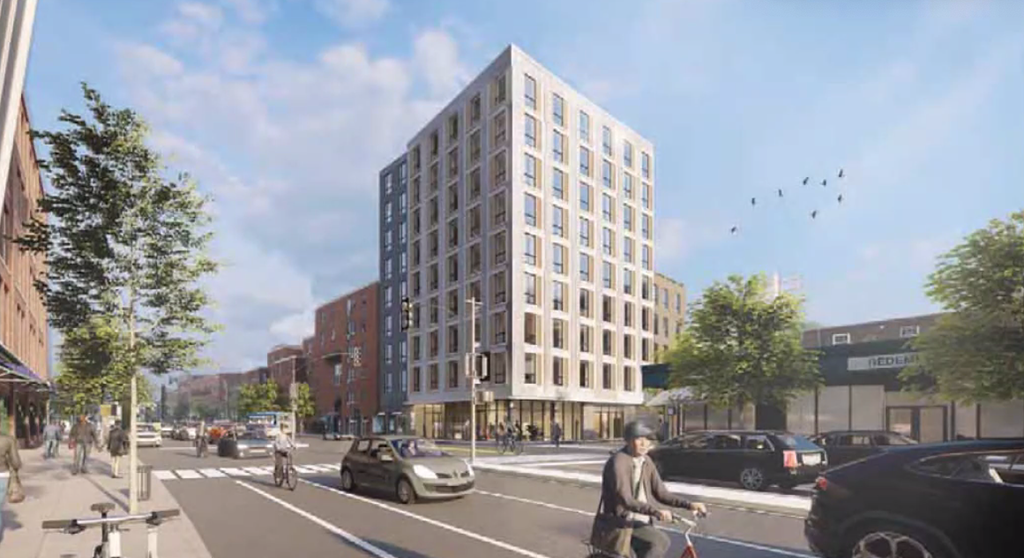 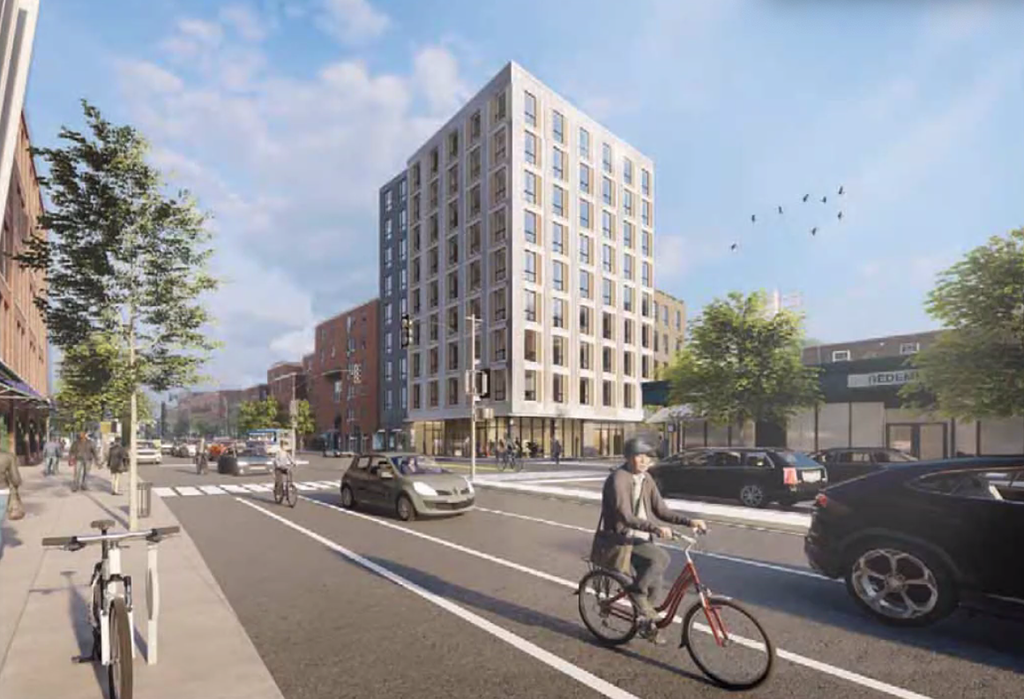 A rendering of a once-proposed building at 2072 Massachusetts Ave., North Cambridge, that would have a better chance of being developed under an expansion of the city’s Affordable Housing Overlay zoning.

EV charging and a ‘green fleet’

Health & Environment Committee, 10 a.m. to noon Monday. This committee run by city councillor Patty Nolan discusses how to expand the availability of electric-vehicle charging and reviews the city’s “green fleet” policy of buying all-electric vehicles for municipal use – a sore point for Nolan over the years as staff keeps coming forward with requests to buy vehicles that aren’t electric. The committee meets at City Hall, 795 Massachusetts Ave., Central Square. Televised and watchable by Zoom video conferencing.

City Council, 5:30 p.m. Monday. If there is going to be “more new affordable housing and fewer missed or stalled opportunities” from the Affordable Housing Overlay zoning passed in October 2020, it needs a revamp, Burhan Azeem and other councils say in a policy order. They seek “substantially relaxed dimensional requirements on a citywide network of corridors and squares” that could mean up to 25-story buildings in areas such as Central, Harvard and Porter squares and up to 13 stories in areas such as Albany Street, Alewife Brook Parkway, Bishop Allen Drive, Broadway, Cambridge Street, Concord Avenue, First Street, Fresh Pond Parkway, Massachusetts Avenue, Memorial Drive, Mount Auburn Street, Prospect Street and Sidney Street. This meeting also sees a suggestion for the Ordinance Committee to deliberate on a memo about Neighborhood Conservation Districts that will be less welcome to some.

Also likely to get attention is a city inventory of its property and plans for various parcels, since councillors have long urged the construction of affordable housing on city-owned parking lots. Ten properties are listed as “vacant or underutilized” in an inventory that shows city ownership of 551 acres across 167 parcels, with parks, playgrounds and other open space accounting for 481 acres of that across 93 parcels. (There are 15 parking garages and parking lots listed, but also 21 school properties, eight fire stations, seven municipal buildings, three Cambridge Health Alliance care centers and two vacant lots – Vail Court and Cherry Street. Some have intended uses already, such as housing at Cherry Street, while the Vail Court property is intended to become housing but has been tied up in court.) The report from City Manager Yi-An Huang agrees that “surface parking lots owned by the city offer the possibility of redevelopment to serve multiple municipal goals.”

Huang also seeks $200,000 for a Central Square-area municipal property needs assessment and planning study that will look over the next 15 years to “identify how the city can best leverage our properties to support municipal services and advance city priorities” there; and says the council should hear back after around 18 months on how to “support the creation and protection of cultural and human services.” Some work is begun, leaving the timeline not wholly clear, That’s the expected end date of a comprehensive mapping and analysis of cultural infrastructure underway with the Metropolitan Area Planning Council in partnership with Boston and Somerville.

Economic Development & University Relations Committee, 12:30 to 2:30 p.m. Tuesday. This committee run by city councillor Paul Toner gets a Community Development Department update on changes to the Building Energy Use Disclosure Ordinance, and talks about the environmental and economic impact of the law on residential, business and academic properties and communities. The committee meets at City Hall, 795 Massachusetts Ave., Central Square. Televised and watchable by Zoom video conferencing.

Charter Review Committee, 5:30 p.m. Tuesday. The group sets decision-making ground rules for its deliberations and a framework for community engagement, and considers a proposed statement of values. Watchable by Zoom video conferencing.

Planning Board, 6:30 p.m. Tuesday. The preliminary report of the East Cambridge Neighborhood Conservation District Study Committee arrives for consideration – more controversial than it might sound, as the study faces opposition from people who feel conservation districts add expense and complication to needed housing. Also before the board: an emissions accounting zoning petition and update to a proposed Citizens bank branch in MIT’s 610 Main St. building near Kendall Square. Televised and watchable by Zoom video conferencing.