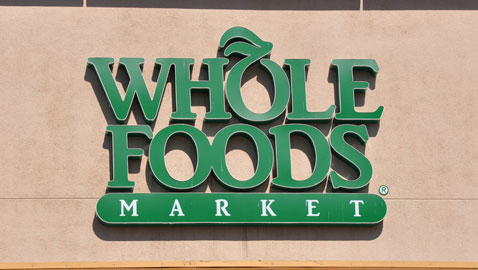 The Whole Foods brand will soon be replacing that of Johnnie’s Foodmaster on Beacon Street in Somerville, The Boston Globe says. (Photo: jobmouse)

Despite the assurances of a manager at the Beacon Street Johnnie’s Foodmaster grocery store, the lease there and at five other stores in the chain are under agreement to sell to Whole Foods Market.

The Somerville location, which serves Cambridge’s Inman Square, is only 0.6 miles from a Whole Foods at 115 Prospect St., but that hasn’t stopped the giant Texas chain from buying its lease from the family-owned Chelsea chain. Johnnie’s Foodmaster “will close all six locations before the sales agreement’s Nov. 30 closing date,” The Boston Globe said Friday, with the deal affecting 45 Beacon St. as well as sites in Arlington, Brookline, Charlestown, Melrose and South Weymouth. Neighborhood chatter puts the closing date as soon as the first Saturday in November.

Terms of the agreement weren’t disclosd, but Whole Foods “has guaranteed interviews to all Johnnie’s Foodmaster employees at the six acquired locations with the goal of hiring as many as possible,” Chris Orchard reports in the Somerville Patch, quoting a company announcement.

Johnnie’s Foodmaster, which was started in East Cambridge in 1947 by John DeJesus Sr., will be down to four stores after the sale, including its 105 Alewife Brook Parkway store.

Shoppers told The Somerville Journal in September they didn’t want to see the cheaper, family-owned store be replaced, and store manager Bob Iannaconne reassured them via the Journal, “I was told the story was false.”

Whole Foods plans to remodel the six stores and reopen them under the Whole Foods brand by the fall of 2013, the Globe said. It would give the chain 27 stores in Massachusetts and its fourth serving Cambridge. In addition to Prospect Street, Whole Foods is at 200 Alewife Brook Parkway and  340 River St. There’s also one at 181 Cambridge St., Boston, that serves some residents of Kendall Square, East Cambridge and North Point

This story was updated Oct. 30. 2012, to add Whole Foods locations relevant to Cambridge.