Contract could add hour to school day, gives raises to teaches and coaches 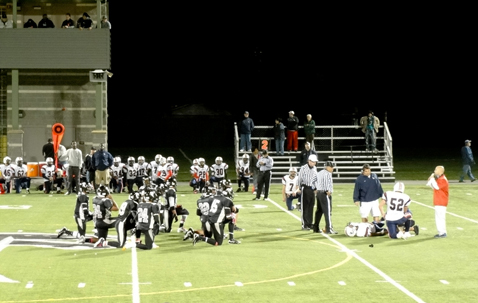 Contract could add hour to school day, gives raises to teaches and coaches

Larger stipends for coaches and assistant coaches are among the changes in a proposed three-year contract for Cambridge Public Schools. (Photo: Tom Stohlman)

Adding an hour to the school day is among the biggest changes coming to teachers and administrators as they consider accepting a negotiated three-year contract. The bargaining units of the Cambridge Education Association vote June 20 after going the school year without a contract.

The added time was announced Monday at a roundtable of city councillors and School Committee members.

The longer school day for all students would start in the 2014-15 school year, with classes beginning at 7:25 a.m. at the earliest and ending at 3:30 p.m. at the latest, according to a copy of the proposed contract. Despite recent clamor at School Committee meetings about an district-acknowledged “broken promise” of world language instruction, which according to its recently adopted budget “will be implemented beginning in FY14,” it isn’t decided how the extra time will be used.

“Because we heard loudly from our members that they would only be willing to add time to the school day if they had a significant voice in how that time was used, we spent most of our time on this topic working on ways to make this happen,” the association tells its members in a contract overview.

In addition, “we pushed hard to require the district to include teacher voice in any changes and decisions” and included teacher voice in several parts of the agreement, such as on job evaluation and District Determined Measures.

This agreement essentially covers the four years from September 2012 through August 2016, although state law allows only three-year agreements. With the current school year basically at an end, there will be a one-year agreement covers this year and a three-year agreement for the next three years. While officially without a contract – Chris Colbath-Hess, president of the Cambridge Education Association, has referred to starting a school year without contracts in place “an anomaly” for the district – operating under an expired agreement brought a 2 percent cost-of-living adjustment.

Superintendent Jeffrey Young said Tuesday he was “pleased to announce” the tentative agreement.  “In reaching this agreement, the parties engaged in a collaborative bargaining process, which helped them resolved a number of issues,” Young said. “The tentative agreement is now subject to a ratification vote by both parties.”

Without ratification votes in place, though, he wasn’t free to talk about the details or changes that would result, including the process deciding what happens in that extra hour of instruction per day.

While the Cambridge school day had been portrayed by officials in March as the shortest in the state, resident Emily Dexter refuted that “folklore” at length at a recent committee meeting, saying that its current six hours and five minutes with an additional 15-minute arrival time is longer than the school days in communities including Arlington, Belmont, Watertown, Needham, Salem and Beverly. Newton has half-days on Wednesdays, resulting in less time in the school week than Cambridge, Dexter said.

“This isn’t to say that adding [time] wouldn’t be valuable, but it isn’t as if Cambridge is the only district left with a six-hour day,” she said.

Still, along with health insurance increases, the longer school day is cited in the Cambridge Education Association overview as being a valuable bargaining chip in securing “significant” salary increases for educators.

Some raises frozen since 2002

For those on the top step there would be an additional $12,000 to $14,000 per year by the end of the contract, with the growth weighted toward the top because “our entry-level salaries are competitive with nearby districts, but our top-level salaries are not,” according to the overview. With about half the membership at the top step in pay, from which pensions are calculated, the added salary is to be phased in from 2014 to 2016 to give the city budget time to adjust. “We got a greater long-term increase this way than we would have gotten if we had done it all in one year,” association negotiators said.

Also, ratification of the contract will get coaches and assistant coaches a “considerable” raise on their base salaries. Their stipends, frozen since 2002, will get 2 percent bumps with cost-of-living adjustments in 2014 and 2015. The raises have long been championed by School Committee member Fred Fantini, and in the overview, negotiators agree “It is high time for them to receive an increase in their pay. This is largely aimed at CRLS coach retention and competitiveness with neighboring district coaching stipends.”

The contract also officially recognizes rugby as a varsity team sport for salary schedules for a coach and an assistant.