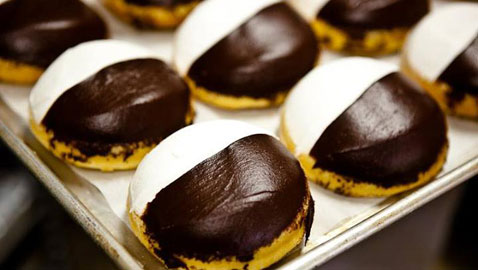 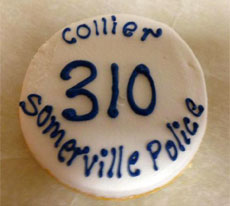 Sean Collier never got to join the Somerville Police – he was killed April 18, two months from a likely job offer after scoring high on the civil service exam. But the Somerville Auxiliary PD Sean Collier Memorial Scholarship Fund can help high school seniors in Somerville achieve his dream.

This coming Friday, Saturday and Sunday, the Lyndell’s Bakery in Ball Square, Somerville, hopes to pump up the fund to help even more students along the way.

The 126-year-old bakery plans a weekend sale in which sales of its individual custom half-moon cakes – dedicated to Collier, a Somerville resident, with “Somerville Police” written on them in icing – go toward the fund. A dollar from every $2 half moon sold will be donated to the fund, said Dave Galatis, of the bakery’s founding family.

Collier, 26, was an MIT police officer killed in his cruiser at the start of two days of violence and bloodshed in which law enforcement sought Tamerlan Tsarnaev and younger brother Dzhokhar A. Tsarnaev, of Norfolk Street in Cambridge, as the likely culprits behind the bombing of the Boston Marathon on April 15.

The killing of Collier has been called an ambush in which the affable, devoted officer never got the chance to unholster his firearm before he was killed.

Vice President Joe Biden, Gov. Deval Patrick, city, state and federal officials and law enforcement personnel from around the country were drawn to an April 24 memorial service for Collier. James Taylor performed, and some 15,000 seats were filled as the officer was honored. 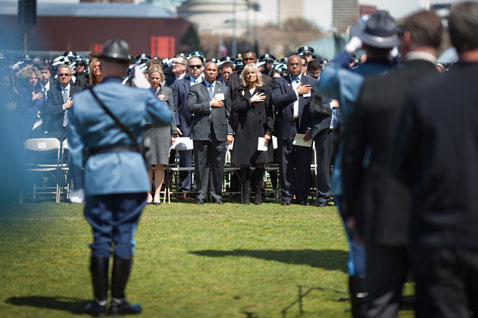 There will also be raffles of Boston sports memorabilia, Lyndell’s gifts and more, according to a bakery flier, with all raffle proceeds also going to the fund. Free coffee will be available all weekend.