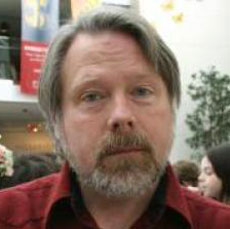 From Mark Jaquith, president of the East Cambridge Planning Team: On June 10, Ben Lavery of Boston Properties and Kathryn Madden of the Cambridge Redevelopment Authority addressed the East Cambridge Planning Team with an update on the infill additions to the MXD district in Kendall Square, and now the authority has amended the urban renewal plan to accommodate this infill, filing a zoning amendment to allow it under Cambridge law.

Our members would like to pass along some thoughts for consideration when new zoning is under discussion.

We believe that there is recent precedent in Cambridge of a developer’s agreeing to include one parking space per dwelling unit in the rental price. This arrangement would serve to prevent the commonly observed practice of new residents opting to forgo the expense of renting a parking space and parking their vehicles in the already overused resident parking in the neighborhood. Automobile ownership rates and use patterns should be tracked here so as to provide us with better information on which to formulate better future parking policy.

We are also concerned about the effect the relatively rapid tenant turnover rates of many of these newly built rental residential projects are having on the civic life of our city. Rarely do people who expect to live in a place for only a year or so engage in civic life or settle and raise families. We believe that if a homeownership option were included in the project we all would benefit, and we request a homeownership option be built into this project. We also request that a reasonable proportion of the units be “family-friendly” sized and inhabited by families, not a gaggle of roommates.

Finally, the combination of ongoing development (Alexandria, NorthPoint and several others), the Massachusetts Institute of Technology East Campus Plan, the immanent Volpe site redevelopment and this major infill plan in the MXD district will result in some 5 million to 6 million square feet of new development in and next to the East Cambridge neighborhood. With all of this there is a real and immediate need to assess the impact of the combined effects on the local infrastructure.

Traffic and parking, are already at maximum capacity at many times and locations in East Cambridge. Public transportation improvements could help ease this burden, but there is no evidence of that besides the green line extension. Kendall Square transit improvements must happen for everyone’s sake.

Utilities, stormwater and sewage systems will all be taxed. If all of this is to happen in our “backyard,” clear, comprehensive, sustainable and sensible plans have to be made to accommodate it in such a way that the quality of life for residents is not diminished.

If East Cambridge is again to bear the brunt of what we all agree is an immense boon to the city’s bottom line, mitigation needs to be, at a minimum, commensurate with scale of development.