Police confirm shots fired near Central, with shell casings found, but no victims 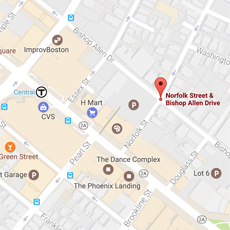 Police confirm shots fired near Central, with shell casings found, but no victims

Police are investigating reports of gunshots that occurred early today around Bishop Allen Drive and Norfolk Street in The Port neighborhood near Central Square.

Following multiple reports of gunshots, police responded to the area at 2:09 a.m., searching the area and finding two shell casings at the intersection. There are no reported injuries or victims as of a 10:32 a.m. email, said Jeremy Warnick, director of communications and media relations for Cambridge police.

A resident reported seeing a motor vehicle – possibly a sedan – leaving the area toward Kendall Square after the gunshots were fired.

An increased police presence will be maintained in the area as the investigation into this incident is ongoing, Warnick said.

Similar previous incidents, in which there were shots fired and shell casings recovered but no victims of a shooting were found, took place May 2 around Sciarappa and and Hurley streets in East Cambridge; and Jan. 23 in the Windsor and Market streets area in The Port neighborhood.