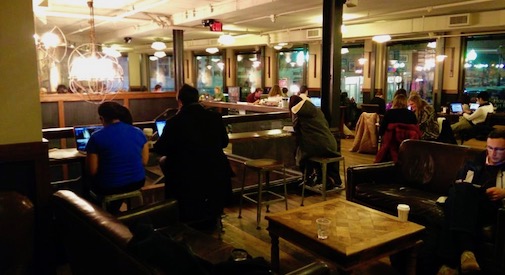 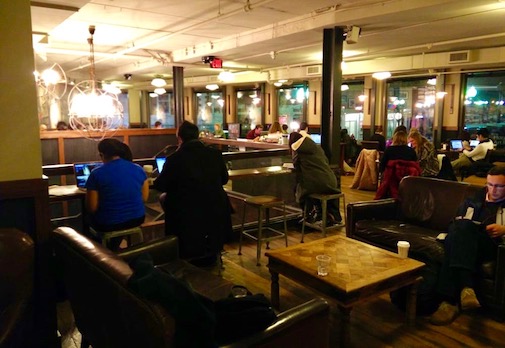 Our lack of 24-hour or even late-night culture continues to baffle: We have four major institutions of higher learning full of students who need to study and be social, not to mention that the city is packed with entrepreneurs and innovators. Is everyone in bed by midnight?

The opening of a 24-hour Clover in Central Square two years ago has not sparked a late-night revolution, as the small fast food chain’s chief executive, Ayr Muir, hoped or expected.

Actually, things are going the wrong direction: Diesel Cafe in Somerville’s Davis Square was once open daily until 1 a.m., and has taken steps backward to a 9:30 p.m. closing time over the years, with owners unable to justify later hours by sales figures; the two-story Starbucks in Harvard Square also remained open until 1 a.m. as recently as February, then went to midnight. At the start of November it began closing at 11 p.m.

Midnight hours will be back in summer, a manager said, when there will be presumably be more paying customers later in the night. But the location is also a draw for people looking to inject drugs in its bathrooms toward the end of the late shift, and a lack of public transportation has led to Starbucks workers falling victim to criminals, the manager said.

Acknowledging these issues, it’s hard to escape the feeling that in Cambridge, where 40 percent of the population is between the age of 15 and 29 (in Somerville, it’s 35 percent), there’s something off about all the doors at restaurants and cafes locking just as “Law & Order” winds up. (And “Matlock” reruns begin?) It’s obvious there’s a problem when a restaurant called Night Market closes at 10 p.m. While the city does have to do something about drugs, homelessness and crime, so do many cities that have a later bedtime or never go to sleep at all.

That leaves one issue: mass transit.

City Council candidate Richard Harding spoke on the stump about the city issuing more 4 a.m. entertainment licenses, while also hitting on the fact that there’s no real transportation infrastructure to get customers or workers home afterward. (Muir’s been talking about this for two years too, noting that a late-night Lyft might be an option once a week, but not every day.) It’s a big hurdle to get over, given that Cambridge is only a small part of an MBTA that’s breaking down and heavily in debt, and has itself rolled back hours after some weak experimentation with late-night operation.

Still, whoever serves on the council as a result of today’s elections should engage as fully as possible with a regional process to improve local transportation. Ideally that includes the full Massachusetts Bay Transit Authority system, but we can’t be limited by thinking along those lines or allow progress to be stymied by state government’s own failure of vision on the topic – even though Cambridge and Somerville have already ponied up $75 million just to keep the green line extension alive. As density increases and population ticks up, more 24/7 offerings will make even more sense and a transportation solution will become inevitable.

But in Cambridge, we build it and they come, and it looks like this will have to include transit as well. It’s only after there’s a working transportation infrastructure that enables a changing culture and realistic work hours – for those Starbucks employees, Clover employees and thousands more) that we’ll see for real whether we like being locked in before the wee hours, or whether we just want to avoid feeling locked out.