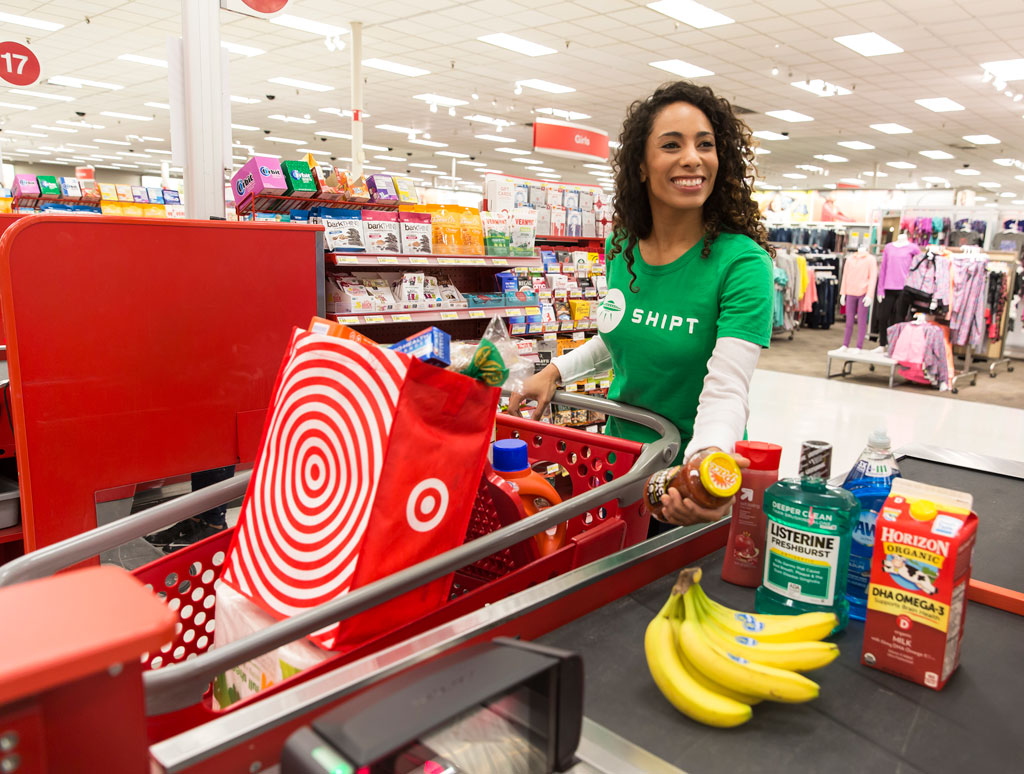 Target, which has a Cambridge store in Central Square and one coming to Porter Square, as well as locations in Somerville and Watertown, is ramping up competition with online seller Amazon by promising same-day delivery – in some cases, the company said, delivery in as little as an hour.

The service, by the Target-owned Shipt, begins April 12 in Greater Boston, the companies said. (It starts two days earlier for Fall River, New Bedford, Springfield and Worcester in Massachusetts, as well as in parts of New Hampshire and Rhode Island.) More than 55,000 groceries, essentials, home, electronics, toys and other products are intended to be available to nearly 2.6 million households across New England.

“This is just the beginning of the expansion Shipt and Target have planned for the year,” said Bill Smith, founder and CEO of Shipt, which was founded in only 2014 to compete with Instacart (which delivers for Star Market) and was acquired by Target in December for $550 million.

The companies said they expect most of the 1,826 Target stores nationwide to offer same-day delivery by the 2018 holiday season, reaching 80 million households, or close to 65 percent of U.S. households. An expansion in the kind of products available for same-day delivery is expected next year.

Product pricing is often slightly higher through the Shipt app than in stores, deliverers accept tips and the service costs $99 annually. New members signing up before launch will get a year for $49.

Shipt said it plans to hire more than 1,100 Shipt workers to fulfill orders and said applications were available by visiting Shipt.com and clicking “Get Paid to Shop.”

Amazon, meanwhile, has encountered difficulties in its efforts to open a merchandise pickup location in a long-empty retail space on Carl Barron Plaza in Central Square; the city’s Inspectional Services Department made an initial determination that it required a special permit under the square’s “formula business” ordinance, which was enacted last year.