No timeline set for recreational pot zoning, but size of industry at startup takes shape 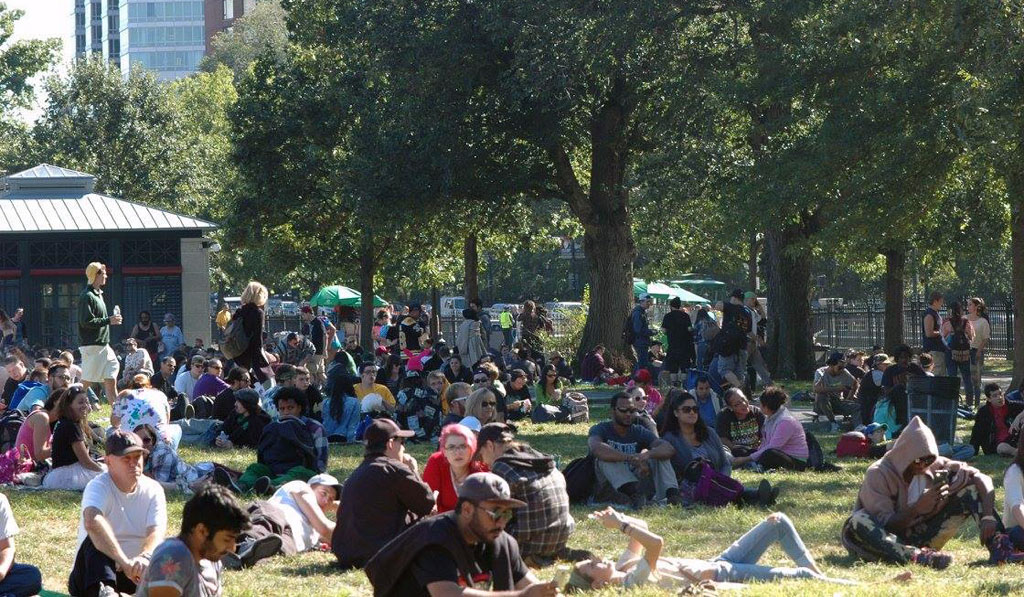 No timeline set for recreational pot zoning, but size of industry at startup takes shape

There could be as few as eight shops citywide for buyers of recreational marijuana initially or more than 10, depending what zoning the city adopts. The laws could be adjusted and numbers could grow from there based on market demand, officials said Tuesday.

City officials explored various versions of maps showing no-go zones around schools, playground and daycare facilities to give Community Development Department planners a sense of how to write zoning, which would be presented back to city councillors for an eventual vote. There is no timeline for the zoning, said Iram Farooq, assistant city manager for community development. By state law sellers could begin applying for licenses April 1, and the first licenses are due to be issued statewide June 1. Officially, sales could begin as soon as July.

There are no completed applications to sell recreational marijuana in Cambridge as of mid-May, according to the state’s Cannabis Control Commission.

Though 69 percent of Cambridge voters approved recreational marijuana as part of a November 2016 statewide ballot question, officials have moved on the issue at a cautious pace. Farooq simply said her department had too many projects underway to rush new marijuana zoning; recreational sales would likely start at the city’s four authorized sellers of medicinal weed.

“We have a few different things we’re trying to advance, so we’ll have to think though what’s the exact time we can get the zoning to you,” Farooq said. “But we understand it is a council priority to advance this as quickly as possible.”

Joe Gilmore, a former Cambridge student and now a marijuana legalization activist, reminded the officials that while they debated, marijuana remained a presence in their high schools. “Right now, you can find high schoolers actually selling to adults,” Gilmore said. “The way we can reduce that is by creating a more accessible market for adults.”

Six out of nine city councillors were at the meeting of their Neighborhood and Long-Term Planning, Arts and Celebrations Committee, with three suggesting a preference for the least restrictive map for recreational marijuana shops – Mayor Marc MacGovern, Sumbul Siddiqui and Quinton Zondervan, though Zondervan said his informal vote was based on that being the only scenario that didn’t bar a shop from opening on the northern stretch of Massachusetts Avenue.

Vice mayor Jan Devereux and Tim Toomey went middle of the road; Dennis Carlone was even more cautious. “If you want to go to [Level] 2, fine, I’d prefer [Level] 1. We have to move on this cautiously. You don’t want this to backfire,” Carlone said.

With a map filled with bubbles of buffer zones around spots where children and youth gathered, though, councillors wondered if it was so restrictive that pot entrepreneurs would struggle to find a site to open up shop – a potential repeat of when the city set up special districts for sales of medical marijuana. “It’s already very hard to open up these shops,” Siddiqui said, noting that recreational marijuana businesses were intended to be accessible to minority entrepreneurs who have been hardest hit in the nation’s decades-long war on drugs.

Camilo Basto, a Denver cannabis expert who represents dispensaries looking for locations to open up shop in Cambridge, applauded the officials’ work but said the situation on the ground was complicated and the proposed 1,800 feet between pot sellers, meant to prevent de facto pot-selling districts from springing up, was the second-most stringent Basto said he’s seen nationwide, after Boston. (City planner Jeff Roberts acknowledged that even cutting dropping to a 1,000-foot limit would still likely keep the number of recreational pot sellers in Harvard Square at one, while on a stretch such as Cambridge Street it might mean four or five shops instead of three to four.)

“The map looks great, but when you go into the actual locations there’s not many opportunities – a lot of landlords do not want to lease to us. If it’s a [corporate property owner], the answer is no. No [real estate investment trust] will take on any type of cannabis because of the federal issues that come with that,”  Basto said. “We’ve been looking, and it’s very tight.”

Real estate investment trusts own more and more of Cambridge, Devereux said, including much of Kendall Square.

McGovern also wondered at some of the restrictions the city was setting for itself. He asked more than once for clarity on what concerns were being addressed by 500-foot buffer zones around children’s gathering spots. Police Commissioner Branville G. Bard noted that the standard on charging suspects with dealing drugs near schools was 300 feet; the Health Department’s Sam Lipson said he “wasn’t sure [a 500-foot limit] could be really justified based on the impact on kids and families … a lot of the impact will be driven by social norms and messaging.”

“Any kid who’s 6, 7 or 8 years old will be growing up in a country and world where marijuana is far more accessible and a regular part of life than when we grew up,” McGovern said, questioning the validity of worrying about whether a child passed by a business selling marijuana. “I don’t share that level of fear.”

Officials are braced for an enforcement challenge, as there is no law allowing cannabis cafes for consumption and smoking weed will technically be legal only in a user’s own property, said councillor Craig Kelley, who chairs the Public Safety Committee. (That excludes rental property.) While “rules are still in flux,” he said, police plan to take an approach of first “educating” people caught smoking in public, rather than taking an immediately punitive approach.

Tuesday’s hearing also looked at the role of medicinal marijuana sellers in a future where there are recreational pot sellers citywide; while Basto believed sellers of medicinal weed would fall away as more people found their needs met in a less formal setting, Kamani Jefferson – a registered lobbyist for the pot industry – said medicinal marijuana sellers would retain a base of buyers with prescriptions and buyer’s cards for a simple reason: Their purchases will be tax-exempt.

The hearing also heard consensus on keeping marijuana business permitting before the Planning Board and that large growing operations – and the accompanying smell – were inappropriate for such a dense city.