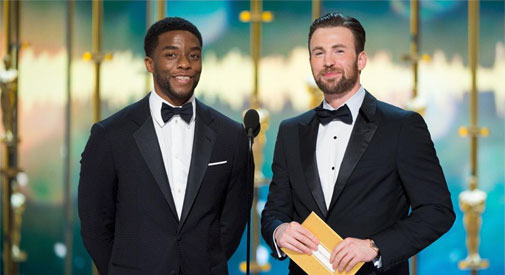 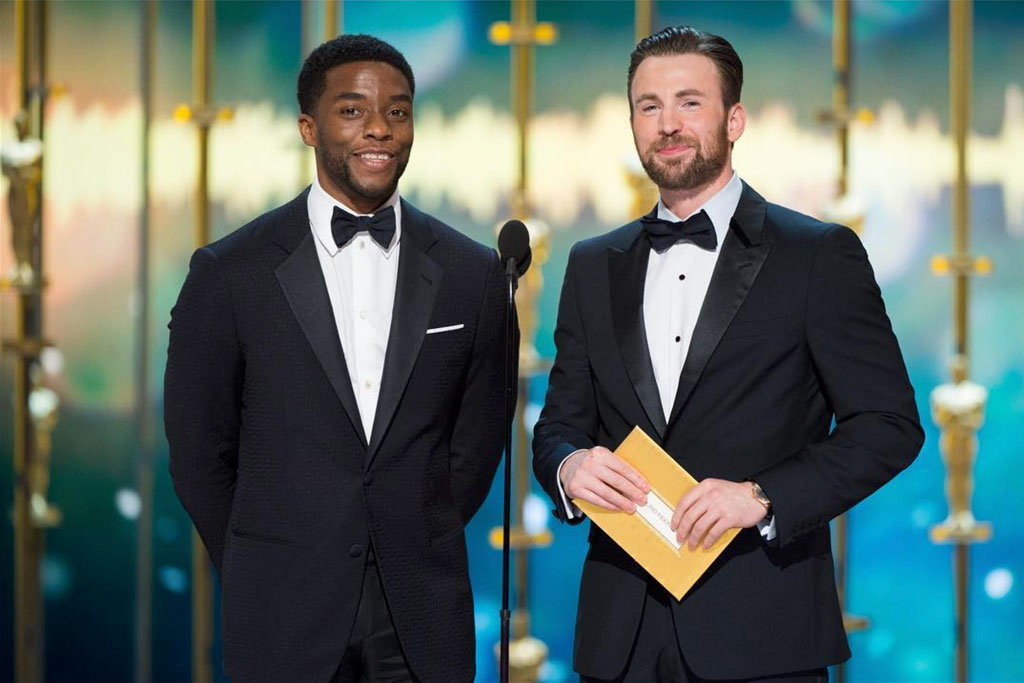 Marvel film stars Chadwick Boseman and Chris Evans present the award for Sound Mixing at the 88th Oscars in 2016. (Photo: Academy of Motion Picture Arts and Sciences via Instagram)

Brows were raised Wednesday when the Academy of Motion Picture Arts and Sciences (the organizations that puts on the Oscars) announced that a new “best” category – “outstanding achievement in popular film” – would be added to its awards slate. The move, clearly to keep the award and its ceremony relevant as TV ratings and viewership continue to slide to historical lows, would give such popcorn pleasers as “Black Panther,” “Solo: A Star Wars Story,” “Deadpool 2” and “Mission: Impossible – Fallout” a chance to come to the fore and collect a bald, golden Adonis.

Questions abound: Just how do you classify “popular”? Is there a box office bar that needs to be notched or, like the MTV awards, do filmgoers get to cast a ballot? In the eyes of cinephiles and serious filmmakers the move dimmed the shine of the golden pate. A fellow film critic said it makes the Oscars “less relevant than the Golden Globes,” a ceremony largely considered to be more about pop and celebrity than art.

According to the Academy letter, “Eligibility requirements and other key details will be forthcoming.” The category will be introduced this year and be part of the ceremony airing Feb. 24 on ABC. That’s also where things get interesting. Disney – the company behind “Black Panther,” a clear front-runner in the new category, the bigger Marvel Universe and the “Star Wars” franchise – also owns ABC. Seems like a nice little fix: Pick up an Oscar while propping up sagging television ratings.

Oscar categories have changed before. The best-cinematography award was actually two awards back in the 1950s and 1960s, one for black-and-white cinematography, another recognizing best achievement in color. In 2001, as a response to the game-changing animation at Pixar, the Academy added “Best Animated Feature” to recognize films such as “Toy Story” and “The Incredibles” that were notching critical accolades as well as commercial success. That said, it remains a slim category that doesn’t have as broad a field or as stiff competition as other categories – of the 17 statues passed out, Disney has claimed 12; it was a small victory in 2002 when legendary Japanese animator Hayao Miyazaki beat out “Ice Age” with the instant classic, “Spirited Away,” employing classic hand-drawn animation (the way Walt did).

Some have wondered if a film nominated in the pop film category could also be up for best picture. There too, there is precedent. Three foreign language films (“Z,” “Amour” and “Crouching Tiger, Hidden Dragon”) were nominated simultaneously in the best foreign language and best feature categories. None won best film.

What’s going on here, sadly, is the slow erosion of artistic merit. By creating more categories like the Golden Globes, which has best achievement categories in comedy and drama silos, essentially doubling what the Academy has, the Academy is watering down (if not dumbing down) the significance of an Oscar as a mark of cinematic excellence. It’s misguided too because popular films have won best picture in the past – “Titanic,” “Rocky” and Casablanca,” to name a few. And by expanding the best-picture nominee slate from a static five to a dynamic 10 in 2009, the Academy had already made its “popularity” tweak.

If the aim of the new category is to ensure a film such as “Black Panther,” regarded for its barrier-breaking, cross-cultural appeal, gets it due, it was already a strong contender to claw its way onto the best-feature slate. Worse still, the category not only implies that outstanding popular films are not on par artistically with the best feature films, but that the best-feature nominees are not popular. These are strange times indeed, especially in the wake of “Moonlight” – a film that like “Black Panther” featured a nearly all African-American cast and crew (granted, based on its gross, it would be hard to argue that there was anything “popular” or “mainstream” about it) – capturing the best-feature award just two years ago. But the times they are a-changing. Change can be good.

The year before the historic win of “Moonlight,” the Academy decided to shake up the membership to promote diversity. It was a right and righteous move. This one is knee-jerk and reactionary. What’s next, outstanding achievement in slasher gore?

Update on Sept. 6, 2018: Saying the idea needs “further study,” the academy has delayed the introduction of the new awards category, according to Variety.