Legal appeal against Inman Square redesign has been filed; Wednesday protest is planned 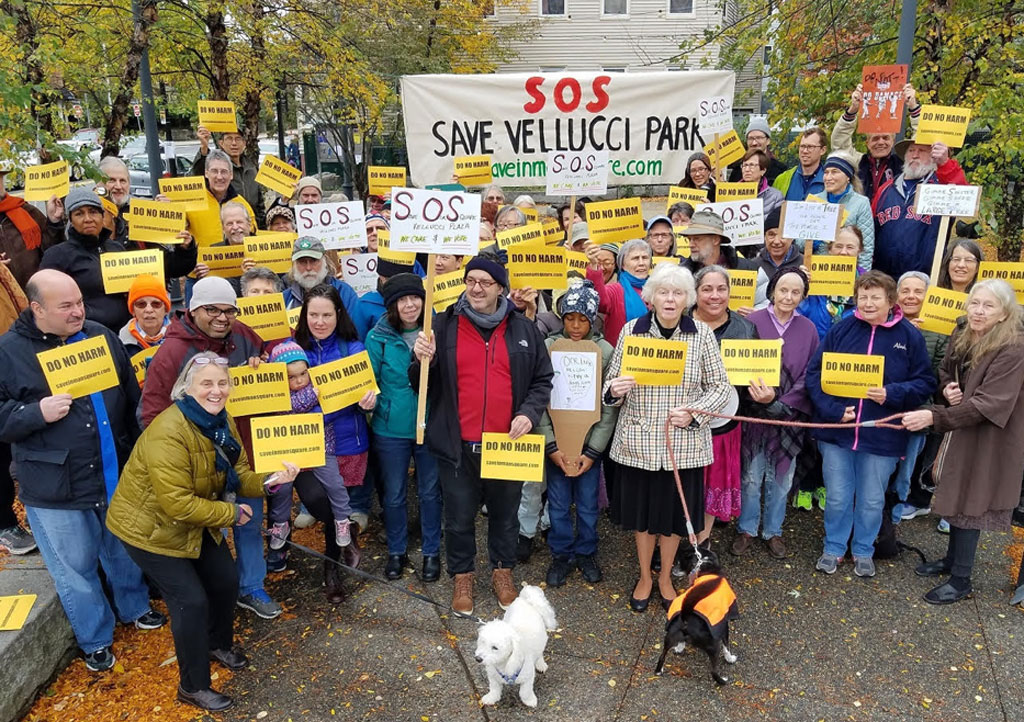 Legal appeal against Inman Square redesign has been filed; Wednesday protest is planned

The Friends of Inman Square group plans a peaceful rally at noon Wednesday outside the City Manager’s Office in City Hall to “demand a meeting and an immediate hold” on a $7 million redesign of the square.

The rally follows the filing Monday of an appeal with the city, a copy of which was delivered to City Manager Louis A. DePasquale, said group leaders John Pitkin and Jonathan Harris in an emailed statement. It was filed by an attorney representing six Inman Square residents for the group.

“Vellucci Plaza and its trees are zoned as open space, and according to the Cambridge Zoning Ordinance, streets are not allowed in open space districts without review by the Planning Board and Board of Zoning Appeal,” the statement says, calling for a Planning Board hearing, review and special permit to be completed before the Inman Square redesign project goes forward.

The call to halt work is urgent because four mature honey locust trees in the square’s Vellucci Plaza are scheduled to be cut next week, and the tree-cutting and relocation of underground utility mains through the plaza would “cause irrevocable harm to the open space,” the statement says, referring to the plan as a “$7 million mistake.”

The plan to redesign Inman Square and improve its chaotic traffic patterns with new bike lanes, a daytime bus lane and its Vellucci Plaza broken into two was essentially voted in September by the City Council on a 7-2 vote. The redesign process began with a council order in June 2014, sparking at least the fourth intensive look at a redesign since 1994 for a square long considered confusing and dangerous for pedestrians, bicyclists and drivers. The process gained urgency and attention with the death of bicyclist Amanda Phillips in June 2016, but drew opposition for its plan to shrink the square’s Vellucci Plaza on one side of Hampshire Street so a giant, traffic-bending bump-out could be added on the other side – essentially turning the peculiarly elongated and complex square into two intersections.

But along with disagreement that the plan by the city’s Traffic, Parking & Transportation Department is actually safer, opponents of the plan are unhappy to see more mature trees being taken down. Cambridge has seen nearly a fifth of its tree canopy lost over the past decade, according to an urban forest master plan presentation from the fall.

In December, a letter opposing the plan was delivered to city councillors signed by a dozen Inman Square businesses and 214 residents, including 91 who are residents of the square.