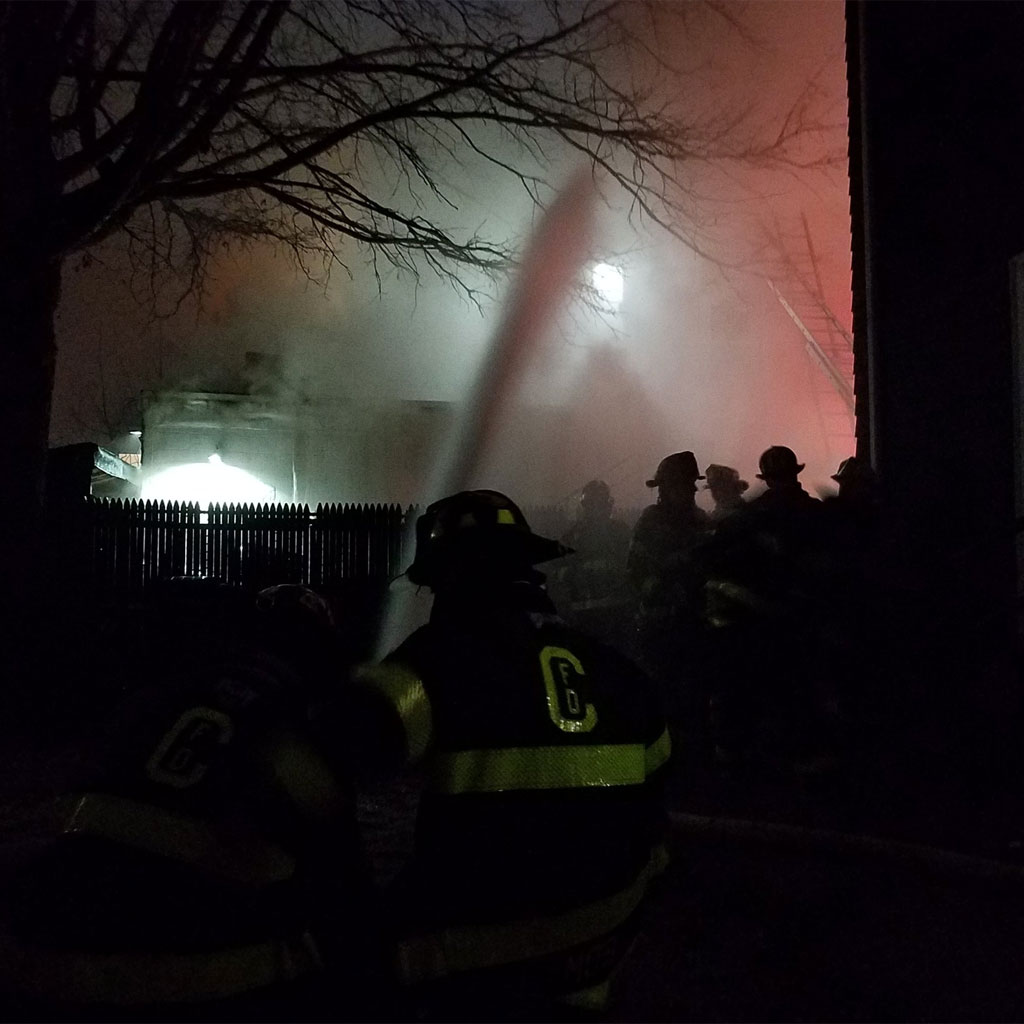 As work goes on investigating the cause of Monday’s four-alarm fire in East Cambridge, and debris from 6 Hunting St. and 851 Cambridge St. is removed after emergency demolition work Wednesday night, officials continue to urge contributions to the 22 people displaced by the blaze.

The households that were displaced included three children – one a 1-year-old who was out of state with family as the early morning fire broke out, and a seventh-grader and high schooler in Cambridge schools, Mayor Marc McGovern said. There were eight or nine families in total, who got out safely but are in need of aid.

The Mayor’s Disaster Relief Fund was reactivated and checks totaling $11,400 went quickly to the displaced residents who were in town, City Manager Louis A. DePasquale said.

But that brought the fund down to about $2,000, the mayor said Monday at a City Council meeting, and the had risen to only around $3,800 by the next evening’s meeting of the School Committee.

“These folks have lost everything, so hopefully we can get that number up,” McGovern said.

The city itself is not allowed by law to issue money to individuals. “This all has to come from private contributions,” McGovern said.

“The relief fund is financial – we’re not asking for any physical items, we don’t want clothing or anything like that. We have found, and what the Red Cross advised us two years ago when we went through this with the Berkshire Street fire, is that the best thing is to raise money and give families financial support so they can use that as they see fit,” McGovern said.

The public can donate to the fund at cambridgema.gov/MayorsDisasterReliefFund.

There are also at least two crowdsourcing campaigns set for displaced households, but they have seen starkly different results. While a campaign set up for two young men named Brendan Ricciardelli and Matt Reynolds sought $10,000 and raised $15,000 from 143 people within two days, a page identified as helping the Pires family that hopes to raise $5,000 has received only $90 from three donors in the same time.

“We are looking forward to turning the page on this event, and your generosity has made it significantly easier to do so. Thankfully no one was hurt and we have to do is replace our stuff,” Ricciardelli and Reynolds said in a note on the GoFundMe page set up for them.