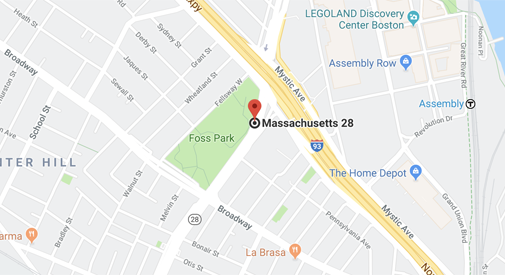 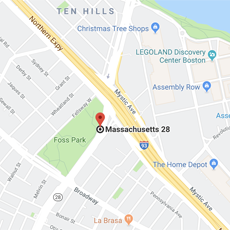 State police are investigating a hit-and-run crash in Somerville that killed a woman, taking place shortly before 8 p.m. Saturday on Mystic Avenue, near Foss Park and a Stop & Shop grocery store.

Preliminary investigation suggests Cheryl Pauline Richards, 52, of Somerville, was on foot in the crosswalk when she was struck by a vehicle – possibly a Mercedes – being driven southbound on Mystic Avenue and south of Route 28, police said. The vehicle that hit the woman continued southbound after the crash toward Broadway; the victim was taken to Massachusetts General Hospital in Boston, where she was pronounced dead a short time later. State police reported the pronouncing of death in an email at 10:53 p.m.

On Sunday afternoon, state police reported that the driver of the vehicle had turned himself in: Zewdu Abate Gedamu, 64, of Roxbury. He was driving a 2008 Mercedes-Benz E350.

After an interview by troopers from the State Police Detective Unit for Middlesex County and state police in Medford, he is being charged with leaving the scene of a crash causing personal injury or death, and with a crosswalk violation. A bail clerk ordered him held on $1,000 cash bail. He is expected to be arraigned Monday in Somerville District Court, police said.