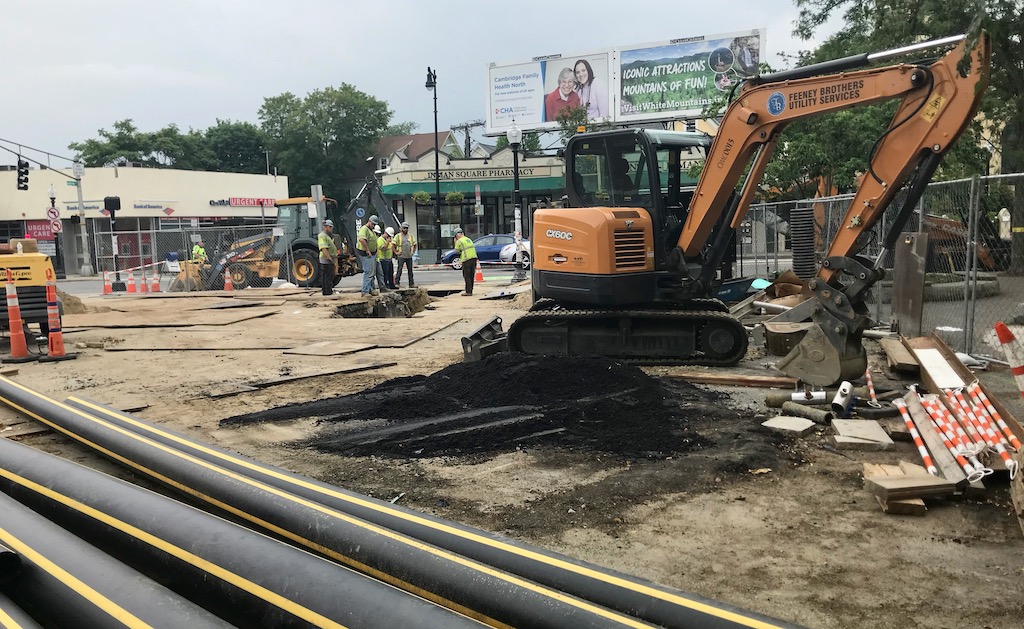 Returning a Law Department opinion about parking that was off-topic, unhelpful and a year late was not a good look for city staff on the same evening last week the City Council heard an order exploring how it could get its own, independent legal advice.

After telling councillors it was impossible to supply the help they sought for small businesses especially in Inman Square – where an unpopular, yearslong construction project could threaten their livelihood – it didn’t help that City Manager Louis A. DePasquale and his staff brushed off questions July 30 about how cities such as Somerville were able to do what Cambridge said it could not.

“I am frustrated. I’m frustrated the length of time that this took. I’m frustrated that we did not get the thing that we asked for,” said councillor Alanna Mallon, who ultimately rejected the report, sending it back to the City Manager’s Office as unsatisfactory.

The original order by Mallon, introduced with co-sponsors Sumbul Siddiqui and E. Denise Simmons and passed May 14, 2018, asked city staff to look at ways to make up the loss of parking spaces to construction in Inman Square – Cambridge’s sole major square not served by an MBTA subway stop. It asked for city planners and transportation experts to look at the area and take into consideration a number of variables. It also asked the city manager to report back “in a timely manner.”

A key proposal was to carve out 100 or so feet of side-street parking closest to major streets – often considered part of a business district anyway, councillor Dennis Carlone noted – where metered parking for customers or temporary passes for small-business employees might fill in spaces that were empty because residents take their cars to work.

The city manager and staff had signaled their resistance to the parking proposal long ago.

But one year, two months and 15 days later, and long after work began in Inman Square in January with tree removals, came a response from city solicitor Nancy Glowa that “in my opinion … allowing employees of local businesses to park in on-street resident-only parking spaces may be found to be contrary to the purposes for which the city’s resident permit parking program was established.”

Councillors seemed gobsmacked by the response, which didn’t follow through with councillors’ wishes but went into detail on the state-based origins of resident parking and the legal risks of mixing in business parking (“In 1977, an individual was charged with a parking violation” for parking in a residential space, Glowa began, prompting fellow lawyer Siddiqui to note with some amusement that the fine was $10).

Councillors pointed to programs in Brookline and Somerville – a neighbor that even shares some streets with Cambridge – that provided the kind of parking solutions they wanted and could have been a starting point for the work of city staff.

But DePasquale had defenses of sorts for how long it took for a report to emerge (“I wanted to make sure it wouldn’t affect our residential permitting situation and it took a while because we had to take a look at it,” he told councillors) and for the approach taken:

“The one thing that I’ve learned in this job is I don’t think we can compare ourselves to what other cities do. So why Boston does something, why Somerville does something, really has probably no impact on why we cannot or can do something. So I don’t want to say why or why not Somerville can do it and why we can’t, but often when we look at this thing, I can tell you, we know why we can’t rather than why another city says they can. And I know that’s a tricky answer. But it’s the reality that often when we’ve been told other cities were doing something and we looked into it, we were clear that we could not. And I’ll just leave it at that.”

Glowa, however, had already told councillors she and her department “have not looked” at solutions found by other Massachusetts cities.

There had been many times the city manager had said Boston could get away with things Cambridge can’t, Mayor Marc McGovern said, but he found himself impatient with the kind of answer considering Cambridge’s role as the state’s fourth-largest city and as its economic driver – especially when the reasoning was applied to Somerville with no explanation, and without any attempt to address the original order. “We always get these things that are yes or no, and often when it’s a no there’s often no alternative suggested for us to think about,” McGovern said.

DePasquale offered another defense of his reply to the council order and of his Law Department:

“I don’t want to defend our process. But I would say that, when it comes to trying to do something the council asks us to do, we take it incredibly seriously. However, it is my role to then make sure that the council is not putting themselves or us in any sort of legal position that we’re not comfortable with. So that’s why we turn to the city solicitor to see if she feels this is something we can do, even if we think it’s the greatest idea. And if she then tells us why legally we have a problem doing that, we tend to say we don’t want to do it. Now maybe that’s a conservative approach on her part and my part. But I have to say that if I believe I can do something, and the council wants us to do it, we do it. If this is an opportunity to do it, we will continue to do it. But if we’re told this is the ramifications that can happen from it, I think we have to say even though the council wants it and even though we may think it’s a good idea, we should let them know that from this point of view it’s a problem.”

Neither McGovern nor Mallon were assuaged by the response – the mayor because it still didn’t address the council’s wish for solutions; and Mallon because she found it inconsistent with times the city stuck with a legal approach despite the ramifications.

This case struck her as worthy of taking a stand, if necessary.

“If it was anywhere, it would be here, where we can simply point to municipalities that exist right next to us that are have a similar program,” Mallon said. “We would have a really good case if this did go and was challenged.”

The same night’s meeting saw passage of an order from Kelley for councillors to discuss whether they should budget for their own legal advice independent of the city’s Law Department.

It could avoid conflicts of interest when councillors, who represent the citizens of Cambridge, need legal advice that might be tainted by coming from the department that mounts legal defenses against citizens – such as in councillor Quinton Zondervan’s order for the city to apologize to the owners of the North Cambridge bar UpperWest in a case that’s being fought by the Law Department.

But Kelley argued for the budget as a way to get “specific and immediate legal expertise” rather than wait for a Law Department that could take 14 months to return an unsatisfactory report, as happened with the Inman Square parking question – or for an adult-use cannabis zoning law, a matter that has dragged on for months past when such businesses were allowed to open statewide. “It’s a super clunky way of doing business,” Kelley said of the current approach.

Though McGovern said he expected the conversation to be complicated, it was only councillor Tim Toomey who opposed seeing the order referred to the council’s Government Operations Committee.