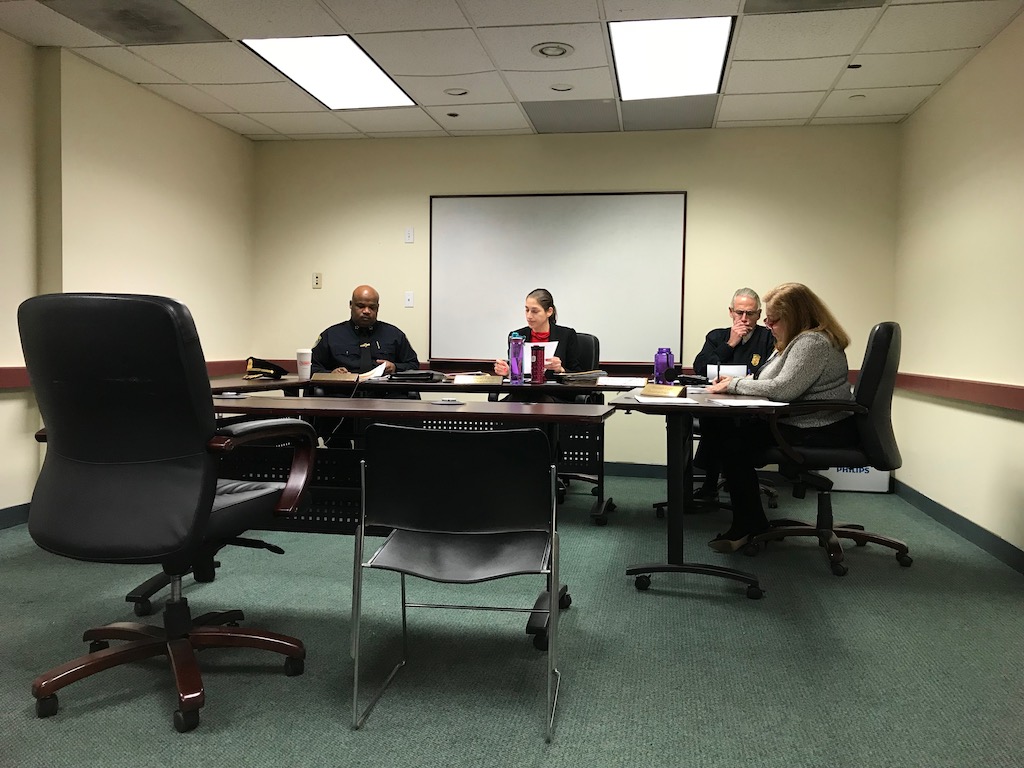 The License Commission will face scrutiny from the City Council after a series of questionable actions that members and staff have refused to answer to, Mayor Marc McGovern said Tuesday.

A roundtable will be scheduled to call in commission members and staff, the city manager and the city solicitor, he said. The meeting was not to discuss any “specific cases, per se, but to talk in general about oversight of the License Commission, its lack of transparency and the inconsistency of their decisions,” the mayor said.

It’s another sign of growing unease over the License Commission. An order introduced at the summer City Council meeting and due to return at the Monday meeting calls for the commission and the city solicitor to “issue a public apology to UpperWest and its owners” and drop efforts to stymie the bar from doing business. Quinton Zondervan, the councillor who wrote the order, charges that UpperWest “has twice been unreasonably denied a fair and impartial hearing for a package store license application [and] has been the target of persistent excessive enforcement and unfair denial of their right to fair and impartial hearings, possibly as retaliation for their criticism of commission practices over the past five years.”

The mayor gave another example: an Inman Square popup restaurant that was first approved, then denied for the serving of alcohol. When a confused small-business owner mentioned the situation, McGovern approached the commission and was denied information and a meeting, he said.

“I don’t have trouble getting information out of any other commission, except for them. [The City Council] are the representatives of the community and constituents come to us for information particularly if they’re not getting it from a department. We need to be able to provide our constituents with that information – and the License Commission is like a black hole. And that’s not okay,” McGovern said. “We need to get this straightened out and figure out how this is going to improve, because it’s not acceptable what’s happening there.”

The commission is made up of a chair; the fire chief; and the police commissioner, and is supported by inspectors and staff led by Elizabeth Lint, who began with the commission in July 2005 and identifies herself as not just executive director, but as the commission’s counsel, giving legal advice “if I’m asked a question.”

In 2014 the commission turned away UpperWest when asked to by another business owner in Mid-Cambridge who didn’t want competition; now that UpperWest is open at another location in North Cambridge, the commission has pursued a vendetta with the help of the fire department, where acting fire chief Gerard Mahoney oversaw an attempt to enforce a nonexistent law against setting out tea light candles for atmosphere. Police commissioner Branville G. Bard Jr. voted that the owners had threatened and intimidated fire inspectors even in defiance of the fire inspectors’ own testimony, the legal definition of the terms and constitutional protections for free speech.

The commission has taken various inconsistent actions under the leadership of Nicole Murati Ferrer, holding UpperWest to standards that disappear when other business owners or managers make presentations. When it comes to “public need” for a license, even submitting hundreds of names representing support has meant nothing for UpperWest if there is a single voice in opposition; but the commission has entirely skipped asking some other business to show “public need.” UpperWest has been criticized for submitting materials less than two hours before a matter is heard, while attorneys on the agenda for the same meeting have been allowed to pause their matter and leave to take care of them – leaving their client sitting by for several minutes while they are upstairs handling paperwork in commission offices.

ISD gets in on the action

The Inspectional Services Department made a contribution to licensing confusion in May, voting to refuse a pinball game, foosball table and jukebox for Porter Square’s Shine Square Pub based on a supposedly 35-year-old policy that appears nowhere in zoning, but may affect several dozen city restaurants and clubs including the Lizard Lounge, Atwood’s Tavern, Lilypad, Plough & Stars, Oberon and the Loeb Drama Center, but also S&S Restaurant, Puritan & Co., Hana Sushi, Portugalia, Pammy’s and many more. All are in business districts and may be affected by ISD’s belief – approved 5-1 by the Board of Zoning Appeal – that entertainment from live music to televisions tuned to sports events is limited to two days a week.

The Shine Square Pub is part of a legal action against the city based on the radical devaluation of liquor licenses from decades-old commission policies that ran counter to state law. The lawyer in that case is Kim Courtney, co-owner of UpperWest.

Residents and even BZA members were perplexed by the ISD judgment and the ensuing decision, which reportedly left city officials also shaking their head. But McGovern said the roundtable he plans is concerned specifically with the approach taken by the License Commission.

The commission was asked for comment Wednesday. This story will be updated with any reply.