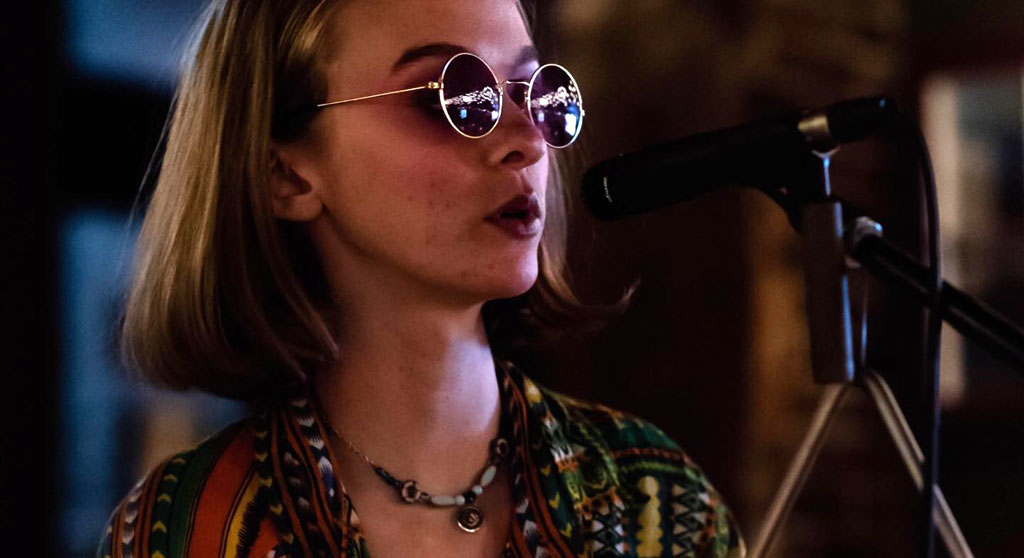 Barry Schneier’s “Photographing Bruce Springsteen” from 8 to 11 p.m. at Club Passim, 47 Palmer St., Harvard Square. Admission is $5. Schneier was the photographer at the Harvard Square Theatre in May 1974 for a show Jon Landau reviewed in The Real Paper, famously writing, “I saw rock and roll’s future and its name is Bruce Springsteen.” Schneier’s book of Springsteen images and memories from the night there has become a photo exhibit. Information is here.

“Zombieland” party from 7 p.m. to midnight at A4cade by Area Four, 292 Massachusetts Ave., Cambridgeport near Central Square. Free. No one needs an excuse to go to Cambridge’s adult video arcade, but on this day gamers also get to mark the upcoming release of the movie “Zombieland Double Tap” with zombie-themed cocktails and Twinkies, movie schwag and passes to the film. There will be prizes for best zombie costume. Information is here.

Famous Middle-Aged White Male Writers Week, Part I: Richard Russo reads from “Chances Are” from 6 to 7:30 p.m. at The Brattle Theatre, 40 Brattle St., Harvard Square. Tickets are $28.75 (with fees, $31.18) with a copy of the book, or $6 for admission only (with fees, $7.29). So you missed July’s free Russo reading at Porter Square Books? The Pulitzer Prize-winning author of “Empire Falls” and other novels is back via the Harvard Book Store, reading from a suspenseful, menacing new work that follows three friends still puzzling over a Memorial Day weekend on Martha’s Vineyard in 1971 when their beloved Jacy Rockafellow disappeared. Information is here.

“Harry Potter and the Sacred Text” podcast live from 7 to 9 p.m. at Oberon, 2 Arrow St., Harvard Square. Tickets are $28. The podcast examines the Harry Potter books as if they were sacred. Co-hosts Vanessa Zoltan and Casper ter Kuile will deep dive into a chapter, tell stories from their own lives and try out a medieval religious reading practice or two with this modern classic. Information is here.

Wiretap Wednesday Open Stage from 7 to 9:30 p.m. (with sign-ups at 6:30 p.m.; repeating monthly) at The Center for Arts at the Armory, 191 Highland Ave., Somerville. Free. An open mic that founders Ben Quick and Nate Taylor say supports virtually any type of performance, taking advantage of the space’s stage, free parking, piano, many microphones and liquor license. Information is here.

Tim H. Pettus at the Boston Poetry Slam, from 7:15 p.m. to midnight at The Cantab Lounge, 738 Massachusetts Ave., Central Square. There’s a $3 cover for this 18-plus show. The poet, novelist and juggler features after two hours of open mic starting at 8 p.m. Information is here.

Famous Middle-Aged White Male Writers Week, Part II: Stephen Chbosky reads from 6 to 7:30 p.m. at The Brattle Theatre, 40 Brattle St., Harvard Square. Tickets are $32 (with fees, $34.59) with a copy of the book. The bestselling author of “The Perks of Being a Wallflower” – perhaps you’ve heard of it – comes to talk about his second novel, “Imaginary Friend,” which sounds like quite a trip. Information is here.

Fall trivia from 7 to 8 p.m. at CultureHouse, 500 Kendall St., Kendall Square. Free. What do you know about autumn items, autumn events, autumn songs, autumn everything? Let’s find out. Information is here.

Famous Middle-Aged White Male Writers Week, Part III: Augusten Burroughs reads at 7:30 p.m. at The Center for Arts at the Armory, 191 Highland Ave., Somerville. Tickets are $42 with a copy of Burroughs’ new book, “Toil & Trouble.” The author of the memoir “Running with Scissors” comes to talk about, well, how he’s a witch. Information is here.

“The Freak Show” psychedelic rock from 8 to 10:30 p.m. (and repeating Friday) at The Center for Arts at the Armory, 191 Highland Ave., Somerville. Free. Bands The Perfect Trip and Cactus Island, both out of Boston, promise to get weird and freaky down at the Armory, including some “progedelic folk rock” and existential intros. Information is here.

Aarti Shahani reads from “Here We Are” with Meghna Chakrabati from 7 to 8:30 p.m. at Porter Square Books, 25 White St., Porter Square. Free. Shahani’s memoir, “Here We Are: American Dreams, American Nightmares,” follows her family to Queens – from India, by way of Casablanca – in the 1980s and to their green cards, when its members thought they’d made it. The book tells how they did, and didn’t. Chakrabati, host and editor of “On Point” from NPR and WBUR, leads the conversation. Information is here.

Film Friday: “Late Night” from 7 to 9 p.m. at CultureHouse, 500 Kendall St., Kendall Square. Free. “Late Night,” the new-ish comedy with Mindy Kaling and Emma Thompson is about a woman brought on as a talk show’s diversity hire. Our Tom Meek describes it as “wispy-light”  and “sitcom-ish … with some dark edges,” covering a lot “while getting guffaws and even some well-earned, teary-eyed moments.” Information is here.

Good Luck Comedy from 9 to 11 p.m. (doors at 9 p.m.) at The Rockwell, 255 Elm St., Davis Square, Somerville. Tickets are $20 (with fees, $22.85). Hosts J Smitty and Sam Ike gather comics – this time Aminah Imani and Alex English – with the music of Sounds Limitless for a monthly party. Information is here.

“The Freak Show” psychedelic rock from 8 to 10:30 p.m. at The Center for Arts at the Armory, 191 Highland Ave., Somerville. Free. Information is here.

An Afternoon with Edgar Allan Poe from 2 to 3:30 p.m. at Mount Auburn Cemetery, 580 Mount Auburn St., West Cambridge. General admission is $15. Literary historian Rob Velella portrays Poe – returning from the grave to read several of his works, both well-known and forgotten. A question and answer session follows. Information is here.

Weekend matinee: “Good Bye Lenin!” from 3 to 4:30 p.m. at the Harvard Film Archive at The Carpenter Center, 24 Quincy St., Harvard Square. Tickets are $5, or free with a current Cambridge Public Library card, and are available starting at 2:15 p.m. outside the screening room. One of the most successful German films ever made – a clever 1990s tragicomedy by Wolfgang Becker in which a loyal son (Daniel Brühl) conceals the end of the Cold War and fall of the socialist regime from a mom who’s been in a coma for 30 years. Information is here.

Mahler’s Symphony No. 9 from 8 to 10 p.m. at Sanders Theatre, 45 Quincy St., near Harvard Square. General admission is $24. The Harvard-Radcliffe Orchestra opens its 212th season with what conductor Herbert von Karajan once described as “music coming from another world … from eternity.” Federico Cortese conducts. Information is here.

“Once More With Feeling Singalong” Buffy Spooky Spectacular from 6 to 9 p.m. at Once Lounge + Ballroom, 156 Highland Ave., Somerville. Free, but register here. A screening of the classic musical “Buffy the Vampire Slayer” episode, accompanied by a cosplay contest, expert-level Buffy trivia and more. Information is here.