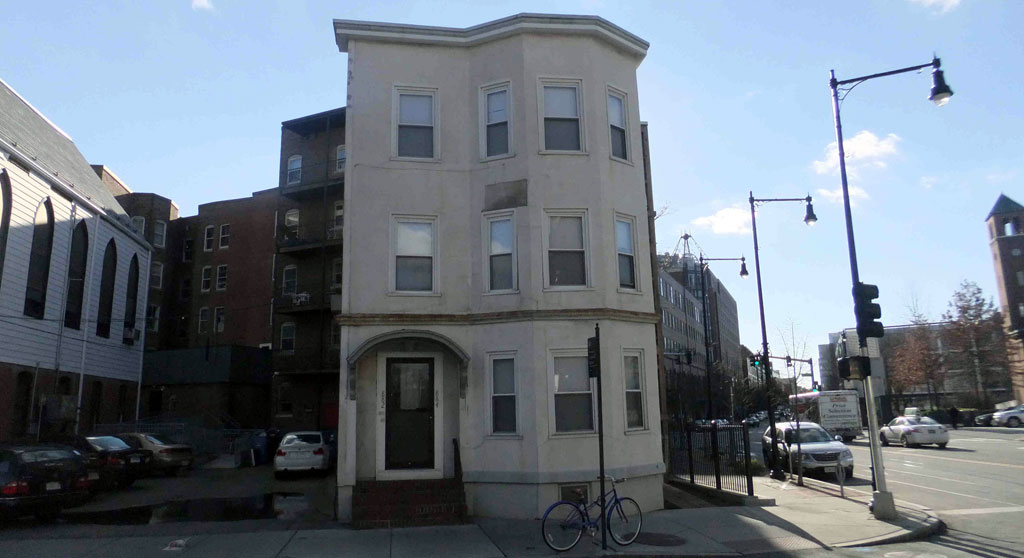 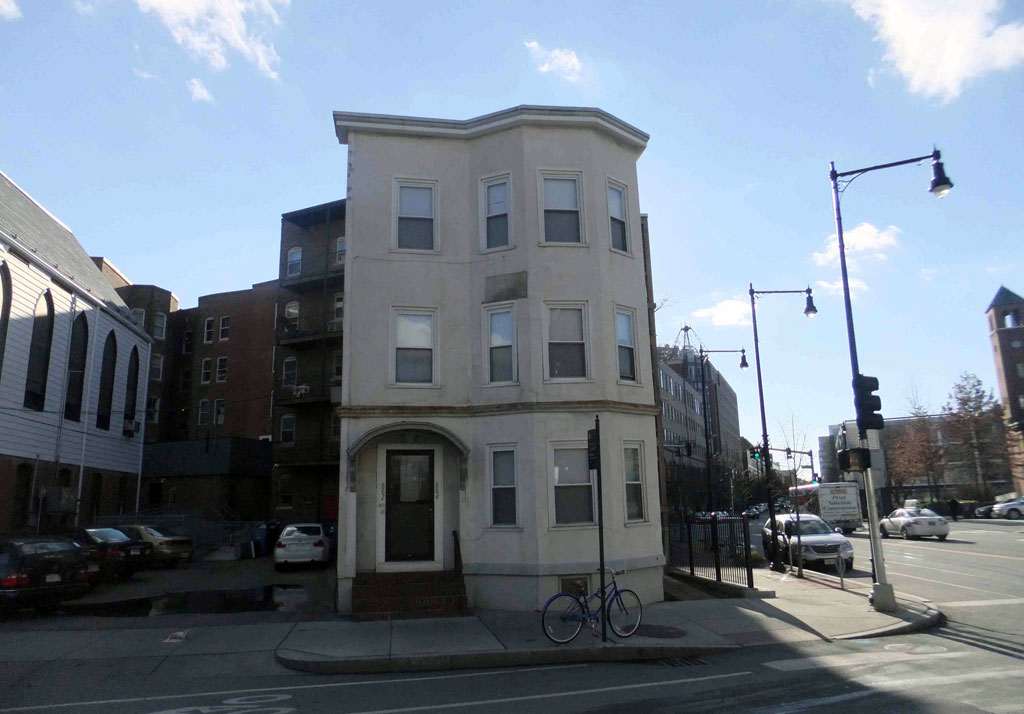 A Main Street triple-decker owned by Massachusetts Institute of Technology has been announced as future affordable housing. (Photo: City of Cambridge)

A long-empty property in Lafayette Square will be made into a few units of affordable housing for families, the Massachusetts Institute of Technology said Tuesday.

The announcement came as MIT and city officials welcomed people to an open house for the school’s “Job Connector” program, a community benefit created as part of the zoning for the 14-acre Volpe redevelopment in Kendall Square to get more Cambridge residents into higher-paying jobs in the tech sectors.

The event didn’t have a direct connection with the three-story, six-unit apartment building at the southeast end of Central Square near Jill Brown-Rhone Park, which has been kept sealed up and empty by the school for years. But Sarah Gallop, co-director at the Office of Government and Community Relations at MIT, said she felt it was a good time to announce that pressure from city councillors over the years had finally paid off. 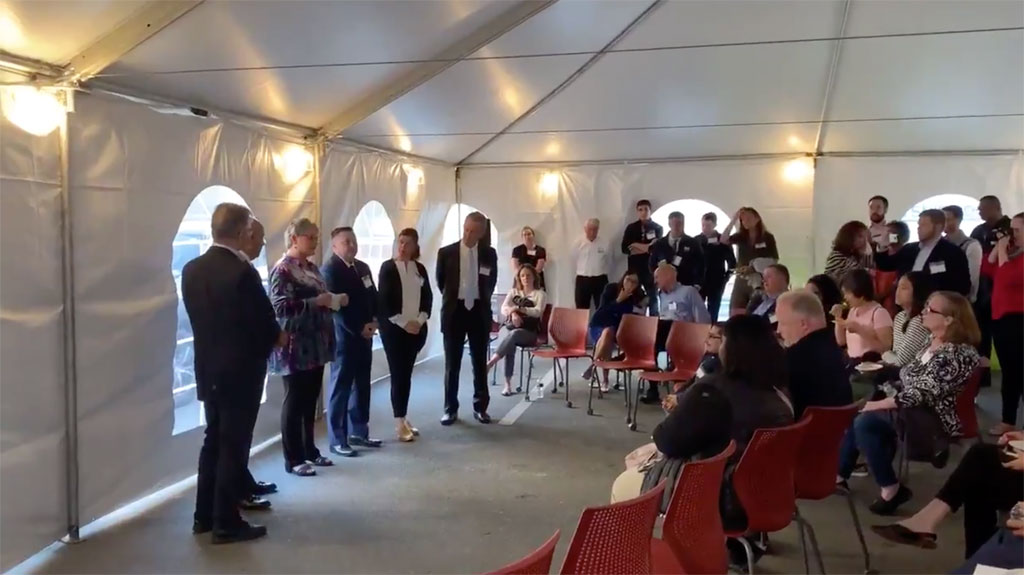 “We have decided to step up on this particular request,” Gallop told the audience in the Job Connector open house tent, flanked by Mayor Marc McGovern, city councillors Dennis Carlone and Alanna Mallon, City Manager Louis A. DePasquale and Steven Marsh, managing director of MIT’s real estate arm, Mitimco. With the help of the city’s Affordable Housing Trust, “we will be creating affordable family housing … and we are delighted.”

The property, bought about 40 years ago, has more than 4,000 square feet of living area and is able to take up to eight units, according to city records, although the number may change during design. It was assumed the school would eventually be combined in some way with other property MIT owns in the area, but “it’s small, so there’s not an abundance of opportunity there,” Gallop said in February.

“There’s been in interest it – what’s going to happen to it in the future, what are we using it for, and although we had looked at it for a number of projects, we weren’t moving forward at the time for anything in particular,” said Gallop on Tuesday. She credited Marsh for looking at it as an asset that could help the city’s affordable housing squeeze. He “decided it was such a critical priority in the city that MIT would devote its resouces to it,” Gallop said.

The area around it 822 Main St. has been developing rapidly, with Market Central (formerly known as Mass+Main) nearing completion and scaffolding coming down across the street for a first quarter of 2020 opening at 907 Main, a boutique hotel with restaurants and other amenities.