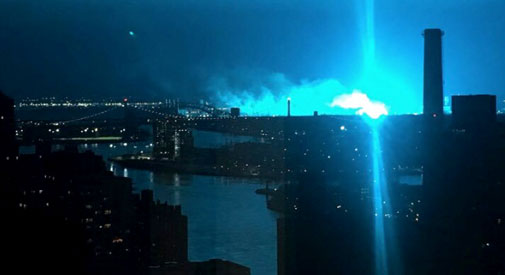 Residents in East Cambridge and the Linden Park neighborhood in Wellington-Harrington were shocked to learn this year that Eversource intended to build a high voltage electrical substation on Fulkerson Street across from the Kennedy-Longfellow elementary school (where 58 percent of the students are from low-income families), near a park and two neighborhoods.

A substation, among other things, transforms high voltage electricity from power generators to low voltage electricity that is transmitted to homes, businesses and other users. This station – a potential monster of a structure – is entirely inappropriate. Eversource must find an alternative solution.

The substation and its location 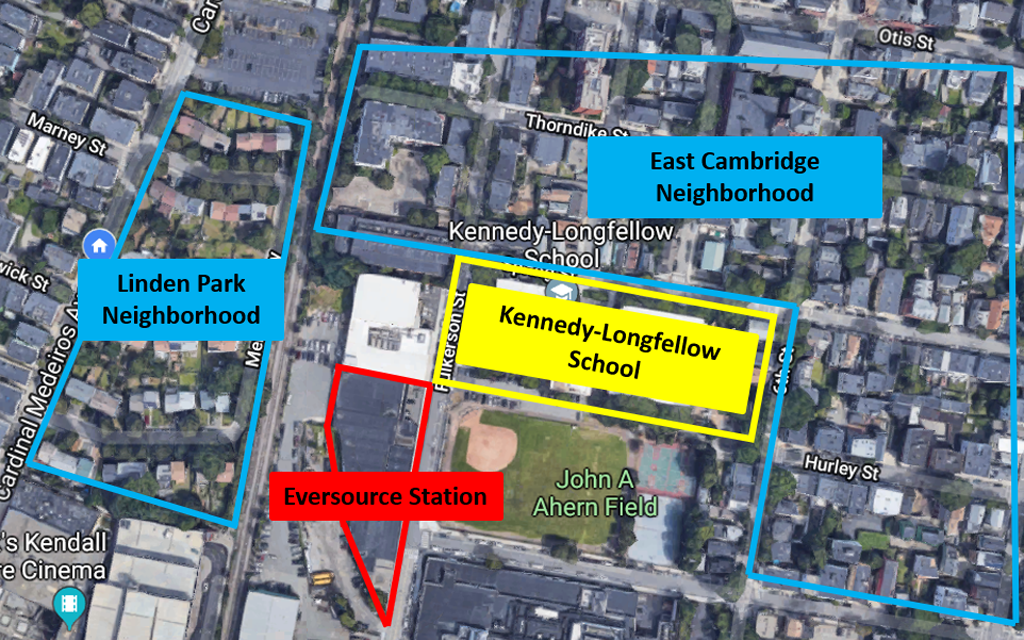 Before Eversource bought the property in early 2017, a developer proposed building housing on the site. Curiously, the developer continued to seek permits for the housing well after entering into an Eversource purchase and sale agreement.

Based on a review of public filings and statements made at City Council hearings, Eversource claims it has known about the need for a station since at least 2013. So why it waited until 2019 to disclose this station publicly is a mystery.

In the past 10 years, the city has permitted millions of square feet of extra density, principally to commercial buildings and lab space. Commercial real estate developers and the Massachusetts Institute of Technology took full advantage of the bonanza and have reaped billions in profits and increased property values. Eversource claims the primary reason for its proposed station is to serve 100 megawatts of expected new demand from this developments – a far cry from the net-zero goals championed by the city.

Like many others, we support reasonable development in Kendall Square and recognize the benefit to our neighborhoods. But that development has come with a hidden cost, as the buildings now need a mega electrical substation to power them. As one city councillor put it at a hearing, it is “immoral” to let the commercial developers and MIT get the benefit while the nearby residents and children of Kennedy-Longfellow bear the costs. It’s just wrong.

Electric stations emit electromagnetic radiation. While Eversource insists that there are no adverse health effects from this radiation, the science is in dispute, and we are aware of no study testing the long-term effects on children from prolonged exposure (though “children are regarded as being more vulnerable to the effects of environmental exposures, including electromagnetic fields,” according to Canada’s National Collaborating Centres for Public Health).

What is undisputed is that substations sometimes cause explosions, and when there is an explosion, it can be significant. A fire at a New York City substation in December 2018 caused this “electrical arc flash”: 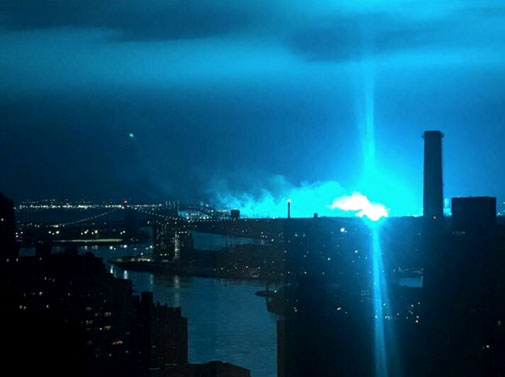 Similar events occurred in 2011 in Fort Worth, Texas, and again in New York City in 2012 during Hurricane Sandy.

Eversource has declined to disclose the height of its proposed substation. It has said that other stations in urban areas range between 80 to 100 feet – but that this station could be twice as big. (Notably, no other stations mentioned is in a residential neighborhood next to a school). These comments and information from other sources indicate that this station could be 150 feet tall:

We must act now

The substation project is at a critical moment. In response to opposition from residents, the City Manager’s Office and the City Council, Eversource has agreed to consider – but not commit to – alternate sites. It has self-imposed a deadline of this fall to find a new location or it will forge ahead with the station on Fulkerson Street. We must work together now if we are to avoid this calamity.

Until Eversource finds a suitable alternative, we will never give up this fight – for our neighbors, our children and our city. We hope you will stand with us.