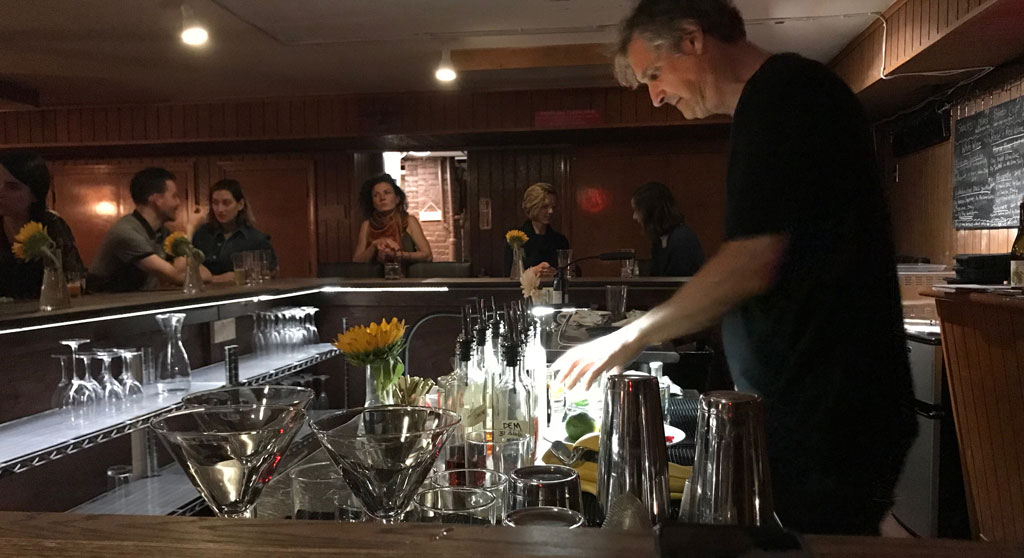 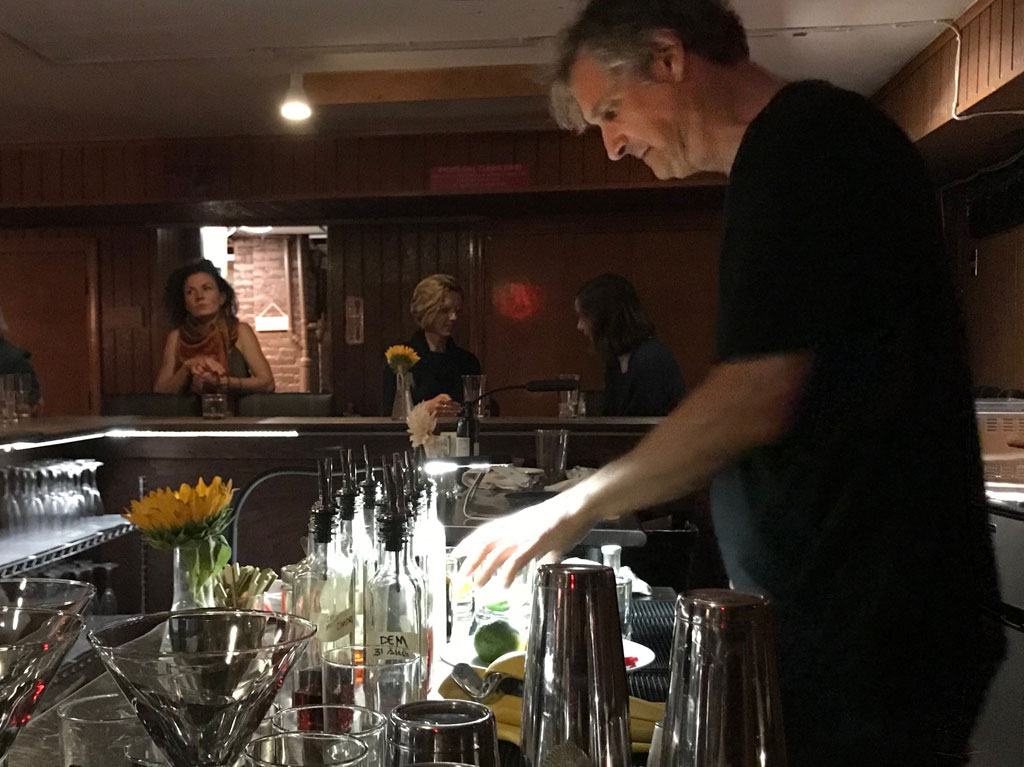 The UpperWest bar is leaving its distinctive home in North Cambridge, with a moving and fundraising party planned for Tuesday.

The bar has spent its first years embroiled in a running battle with the License Commission and other city officials, much of the recent craziness stemming from a bizarre prosecution of the bar for setting out tea lights for atmosphere – despite there being no city law against candles, leading fire inspectors to cite a state law involving “portable cooking equipment.”

Yet UpperWest co-owners Kim Courtney and Xavier Dietrich turned the tacky basement of a Cedar Street veterans lodge into a cozy, comfortable lounge of burnished wood, carefully curated wines and cocktails and food praised by The Boston Globe as “warm, filling, aromatic,” with Courtney’s homemade pastas being, in the Globe’s estimation, her “masterpieces.”

The bar has become a popular gathering spot, drawing four out of five stars on Yelp and 4.8 stars out of five from Google reviews.

“We are sad to leave the space where UpperWest was born and that we call home … we thank all of our staff and guests for helping to make UpperWest a warm and inviting local spot,” Courtney and Dietrich said in a late Thursday email announcing the moving party. “Our three years in this location have been very special to us [but we] are excited to continue our journey with you in a new space.”

That new location is unknown – “our goal is to hopefully remain in walking distance to continue to serve our current guests,” Courtney said – but the reason UpperWest is leaving is clear: In early October, the property at 1 Cedar St. was listed for sale.

The United American Veterans seek $2.5 million for their property off by the bike path off Massachusetts Avenue, which a listing says will be “delivered completely vacant,” including UpperWest’s 2,320-square-foot basement. It’s in a commercial district but could also become residential, the listing says, with “nine total allowable units … built with no affordable component.” (The first version of the listing claimed the property’s 12,284 square feet could hold a dozen units with no affordable component. Real estate agent Stephen Bremis said he was told by an architect that local zoning exempted the site from needing affordable units, but the law calls for them citywide in any building of a certain size or with 10 or more units. The listing has been modified to exclude a requirement, but still notes that “buyers must do their own due diligence … listing agent does NOT assume accuracy for ANY information contained herein.”)

The sellers want a clubhouse for them of 1,000 to 2,000 square feet included as part of the deal, the listing says.

Meanwhile, UpperWest is looking at pinning down its next location and setting a moving date. The fundraiser party is $75 (RSVP or donate here), with snacks included while they last, and will be 6 to 9 p.m. Tuesday at UpperWest, 1 Cedar St., North Cambridge.