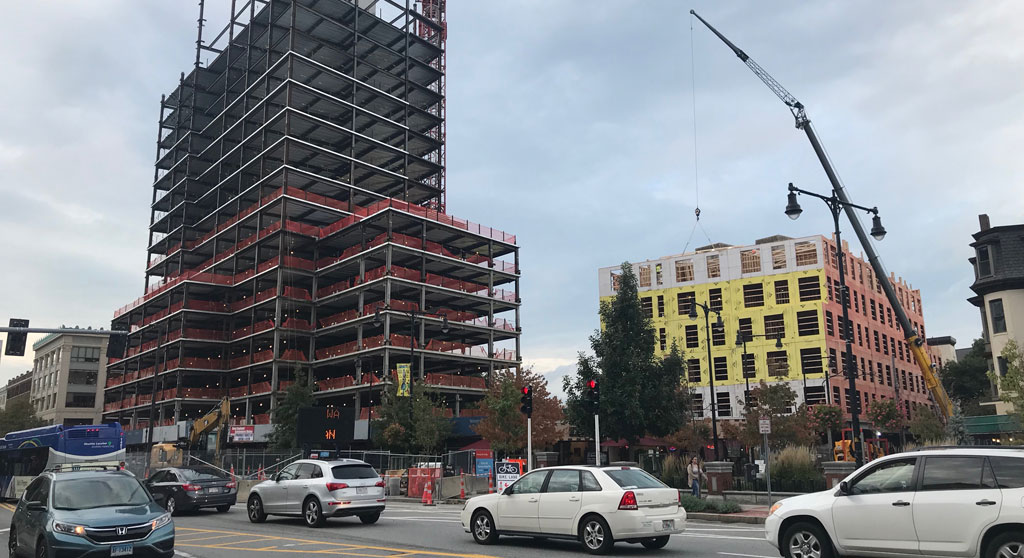 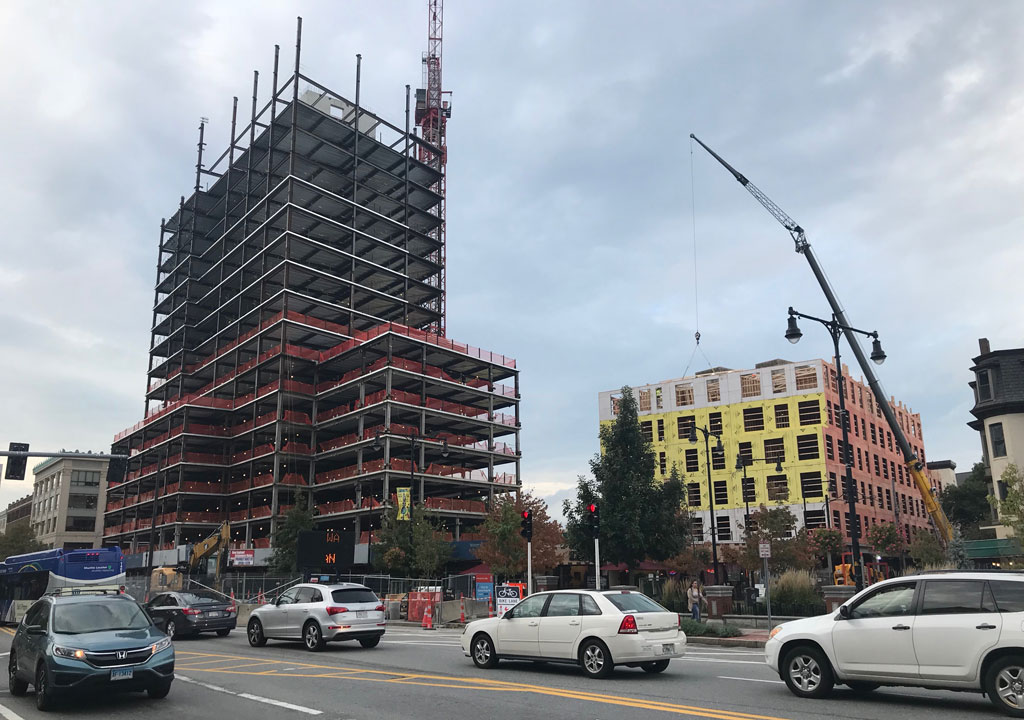 In Cambridge we talk a good bit about addressing issues from multiple perspectives and seeing challenges through different “lenses,” and yet it seems that this election cycle the only lens some people would have us look through is the Housing Lens.

Unquestionably, housing affordability is one of the greatest challenges facing every metro area, but the solution is not as simple as the slate of nine prospective city councillors running as the “housing candidates” would have us believe.

Nor are these nine the only candidates who prioritize housing affordability. The “pro-housing” platform supports more development of all types; other groups support systemic changes, recognizing that housing unaffordability is a symptom of larger problems and a product of our addicted-to-growth model.

Under the current system more housing production comes with a significant string attached: It cannot happen without an even greater amount of commercial growth.

Developers of large mixed-use projects, those lining up before the council seeking major upzonings and donating to some of the pro-development candidates, insist that they must build more lab and office space to afford to build housing – and some even seek to upzone without providing any. The city administration supports this bargain because growing the commercial tax base is essential to keeping residential property taxes in check by shifting the tax burden onto the commercial sector. And under Proposition 2.5, new development is what enables the city to increase its tax levy and expand services without hitting the levy limit. The fixation on new development ignores the need for a paradigm shift in housing policy and municipal finance. Without such changes, we are destined to experience more of the same.

More commercial growth in Cambridge fuels the demand for housing here and across the region, but many other communities aren’t doing their part. The result is that we are struggling to even tread water in the housing sector while drowning in the chronically undermitigated impacts of being a bioscience boomtown. Accusations of NIMBYism (for “not in my backyard”) are misplaced when Cambridge is one of four cities that accounted for more than half of all multifamily housing growth in the entire state between 2013 and 2017. During the same period, millions of square feet of new commercial growth were permitted, overwhelming residential neighborhoods, especially those in East Cambridge, deepening income inequality, gentrification and displacement. The extractive pro-development playbook that the city has been following has turned Cambridge into a cash cow for real estate investors, jeopardizing the city’s soul and social fabric in the process.

The pro-development model will continue to inflate land values, virtually guaranteeing the continued displacement of our most vulnerable residents, middle-income families and small businesses. This approach, which the city has followed for the past several decades, has demonstrably failed to make housing affordable, and yet the “pro-housing” platform prescribes even more development as the cure for our ills.

With a pro-development majority on the council, developers are emboldened to seek major upzonings through “contract zoning” in which the council is presented with a cherry-picked list of community benefits and deals are sweetened with offers of affordable housing. Upzonings raise land values, not only for the rezoned parcels but for the surrounding area, and the community benefits never add up to enough to offset the full impact.

Relying almost exclusively on new development to supply public benefits leaves us beholden to developers and has not produced significant enough additions of community facilities, such as more parks, a new fire station, a larger Public Works yard, an additional elementary school and branch library, a new senior center or an early childhood center – all of which have been identified as high priorities to accommodate the growth we’ve already permitted.

In addition, major employers are expanding their workforces in Kendall Square without doing enough to mitigate the demands for more workforce housing, better transit and public services they help create. The educational institutions have not done enough to house their grad students and postdocs in affiliate housing that’s affordable to them, and as a result they occupy several thousand units of the city’s existing housing inventory, or have to look for housing outside the city.

It is one thing to aspire to be a city that welcomes all, and indisputably we must do more to maintain Cambridge’s inclusivity and diversity. But it is another to confront the harsh reality that a densely built coastal community of just 4,500 acres cannot build enough housing to satisfy the elastic regional demand. If we build it they will come, but building alone will not ensure housing stability or limit the relentless rent hikes that drive out so many Cambridge residents and small businesses. Meanwhile we have people living here already whose needs and preferences are being ignored and discounted in the full-court press to create more density citywide.

The city’s plans for affordable housing too often leave out middle-income and working families. These families are being displaced, but are told they have other options – outside the city. Yet some self-proclaimed YIMBYs (for “yes, in my backyard”) suggest that those seeking a more balanced and sustainable rate of growth distributed across the metro region, supported by better transit and adequate open space, are actually advocating for more suburban sprawl. It is an absurd reductionism typical of the campaign season. In pursuing a densification strategy, we risk growing into a city that could become as unlivable as it is unaffordable. Is that the future the “pro-housing” platform envisions?

Those who have been paying attention to City Council issues this term know that some are framing this election as a referendum on the Affordable Housing Overlay zoning petition, which was tabled for having failed to secure six “yes” votes. The pro-development platform, whose candidates supported the overlay as it was drafted, seeks to elect at least six overlay supporters so as to reintroduce and pass the zoning next term. Make no mistake, this platform’s strategy is not principally about creating a few more more subsidized units; the overlay will set a precedent to pave the way for more market-driven upzonings in every neighborhood citywide. If removing regulatory checks and balances on one set of developers is allowed by the overlay, the next step will be to relax zoning and remove design review for more market-rate development all across the city.

The debate over the overlay was as divisive as any since rent control, and unnecessarily so. Every member of the current council supports more affordable housing. But four of us listened to many in the community who felt the overlay was misconceived and should have been more responsive to legitimate concerns about scale, open space, net zero readiness and design review. We also asked why so much time, energy and political capital were expended on an untested proposal that would be limited by public subsidies and whose effectiveness would diminish with rising market values. Attempts at a nuanced debate were shut down with a peremptory approach that said “either you’re pro-overlay, or you’re against residents of affordable housing.” More reductionism.

I hope voters this Nov. 5 will think holistically and choose candidates who see issues through a broader lens, one that recognizes that housing affordability is only one of the complex systemic crises we face, along with income inequality, climate change, public transit, open space, community facilities and government transparency. Most of all, I hope voters will elect leaders who can resist the impulse to frame issues in ways that set neighbors against each other every biennial election season.

Jan Devereux is vice mayor of Cambridge. She is not seeking reelection.