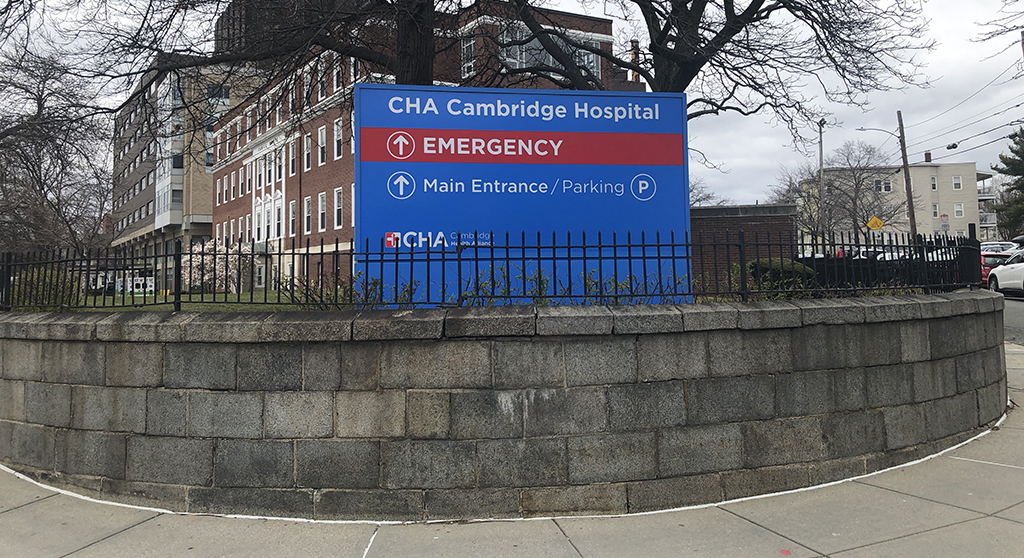 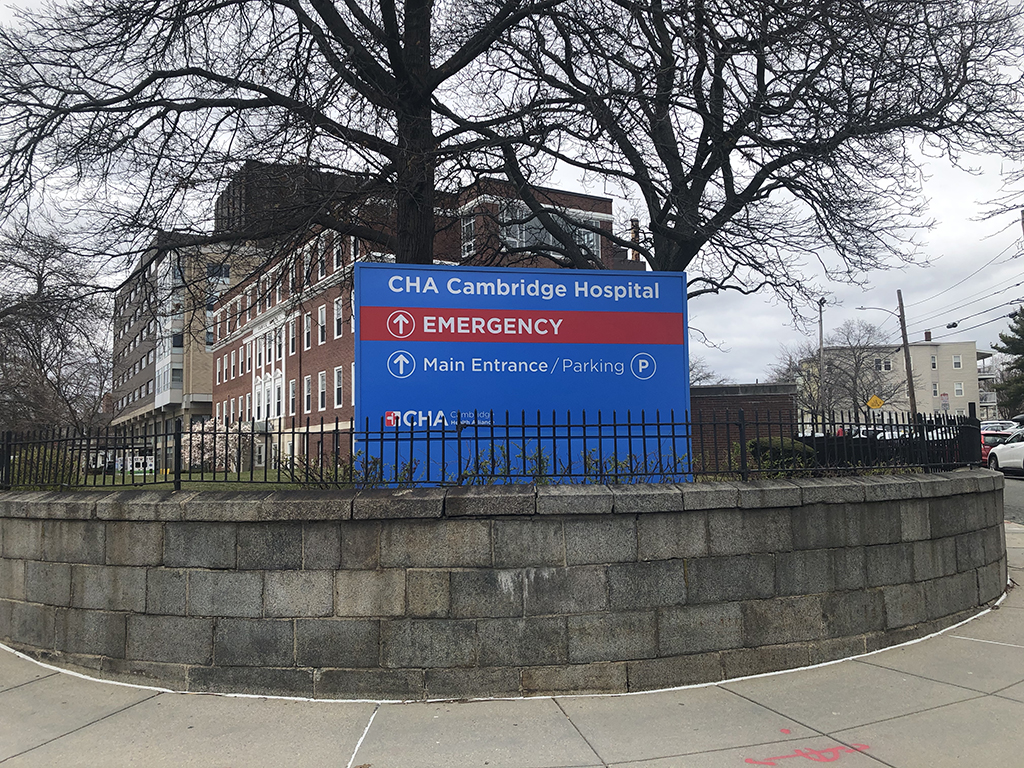 The count of coronavirus patients at Cambridge Health Alliance’s two hospitals has more than quadrupled in a week. (Photo: Martha Henry)

The number of residents with Covid-19 in Cambridge stood at 197 on Wednesday, increasing 20 percent in one day from the total of 163 Tuesday. In another sign of escalation of the Covid-19 crisis, the count of coronavirus patients at Cambridge Health Alliance’s two hospitals has more than quadrupled in a week. The health care system still has available beds and ventilators, spokesman David Cecere said.

The Alliance is treating 65 patients with the virus and has admitted another 20 who are awaiting test results. Nineteen of those who have Covid-19 are in the intensive care unit, Cecere said. CHA has hospitals in Cambridge and Everett.

On March 30, there were 15 patients with coronavirus and 17 awaiting test results, with six in intensive care.

The system has 137 beds for general surgical patients and 18 intensive care beds, according to its website, but Cecere said Wednesday the Alliance has “converted rooms into ICU beds to accommodate the need during this crisis.”

The Alliance is the second largest safety-net hospital in the state, treating mainly low-income patients on MassHealth or who have no insurance. Over the weekend, the largest safety-net hospital, Boston Medical Center, had to refuse ambulances temporarily because its intensive-care beds were full with coronavirus patients, The Boston Globe reported.

In another development, the state Department of Public Health began on Wednesday to report the number of cases and deaths by race and ethnicity, after indications across the United States that African-Americans are getting sick and dying out of proportion to their share of the population. The state figures yesterday were far from complete, with race and ethnicity information missing from two-thirds of cases and 69 percent of deaths.

Health and Human Services Secretary Mary Lou Sudders said at a press conference that the state health department has ordered laboratories and others that submit reports to fill out lines on the submittal forms that designate race and ethnicity.

City councillors pressured Cambridge officials on Monday to report the same information; the city compiles its own case reports from the state data. Cambridge Public Health Department spokeswoman Susan Feinberg didn’t say immediately what the department is doing to disclose the information.