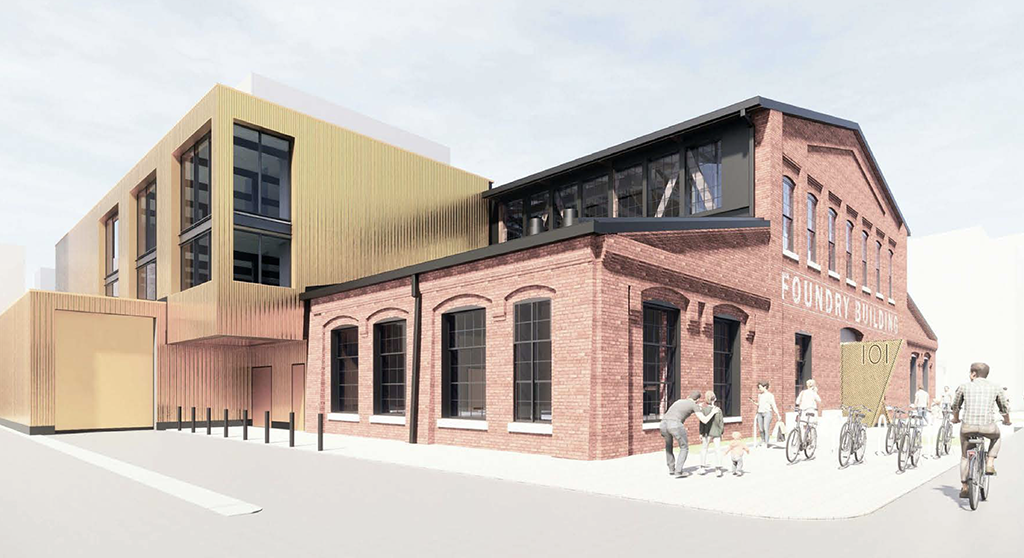 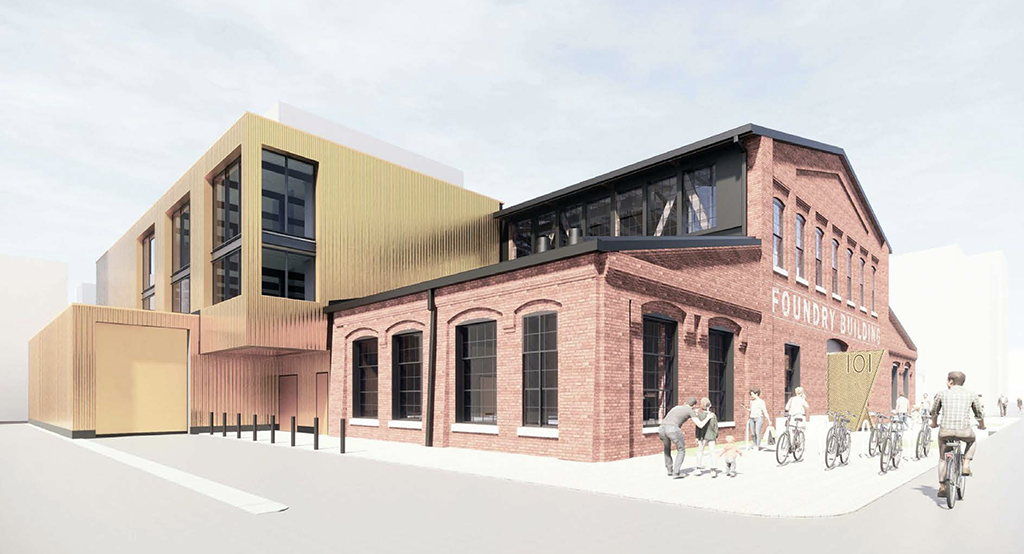 The Foundry building in East Cambridge, with a shiny modern addition, is now expected to open in 2022.

City Council special meeting, 3 p.m. Monday. The council is technically off for July and August (its meeting in the middle was July 27 this year); this special meeting allows the city manager and other staff to fill in elected officials on anything having to do with efforts to keep coronavirus under control as the city reopens. Televised and watchable by Zoom video conferencing.

Bringing back the colleges

Economic Development & University Relations Committee, 10 a.m. to noon Tuesday. This committee run by vice mayor Alanna Mallon will look at universities’ campus return plans and coronavirus policies. What’s been announced: The Massachusetts Institute of Technology plans to bring back only seniors for undergraduate classes in the fall; Harvard plans to house only up to 40 percent of its undergraduates; and Lesley University expects to have students on campus for only a handful of classes that can’t be handled online, such as art studios, and will have no residence halls open at least until January. Televised and watchable by Zoom video conferencing.

Health & Environment Committee, 2:30 to 4:30 p.m. Tuesday. This committee run by councillor Quinton Zondervan will look over the Net Zero Action Plan progress report for the year and get a general update, with a look ahead to a five-year review process. Televised and watchable by Zoom video conferencing.

City Council and School Committee roundtable/working meeting, 5:30 to 7:30 p.m. Tuesday. The bodies plan to discuss plans for reopening Cambridge Public Schools, one day after a proposal approved by the committee last week (with some hesitation) was to be sent to the state. Televised and watchable by Zoom video conferencing.

Planning Board, 6:30 p.m. Tuesday. The exciting part of the night is a formal vote to make the Foundry building at 101 Rogers St., in East Cambridge near Kendall Square, into a “multipurpose center, including community center, arts studio, theatre and offices.” It’s now expected to open – thanks to coronavirus delays – 11 months late in January 2022, after being in the works since 2015 for a building the city has owned since 2012. In the arguably less exciting part of the night, the board will hear from Porter Remedies, a recreational pot shop that plans to take over 1908 Massachusetts Ave., Porter Square, once a Wok N’ Roll Chinese Restaurant. The space has been empty since June 2018. Televised and watchable by Zoom video conferencing.

City Council special meeting, 2 p.m. Wednesday. The council gets together once again, this time to explore the possible use of body cameras by the Cambridge Police Department. Televised and watchable by Zoom video conferencing.

Board of Zoning Appeal, 6 to 11:30 p.m. Thursday. Just-A-Start, a Cambridge nonprofit developer, comes before the board with its plans for Rindge Commons, 101 units of affordable housing it wants to build in phases on the parking lot at its Rindge Tower Apartments in Alewife. Some worry about parking and density: By 2025, at least 200 people would join the existing population of around 600 in the 273 units of Just-A-Start’s tower. Next door are 504 units in two more towers called the Fresh Pond Apartments. All told, there are now around 1,159 people concentrated on the block. Watchable by Zoom video conferencing.