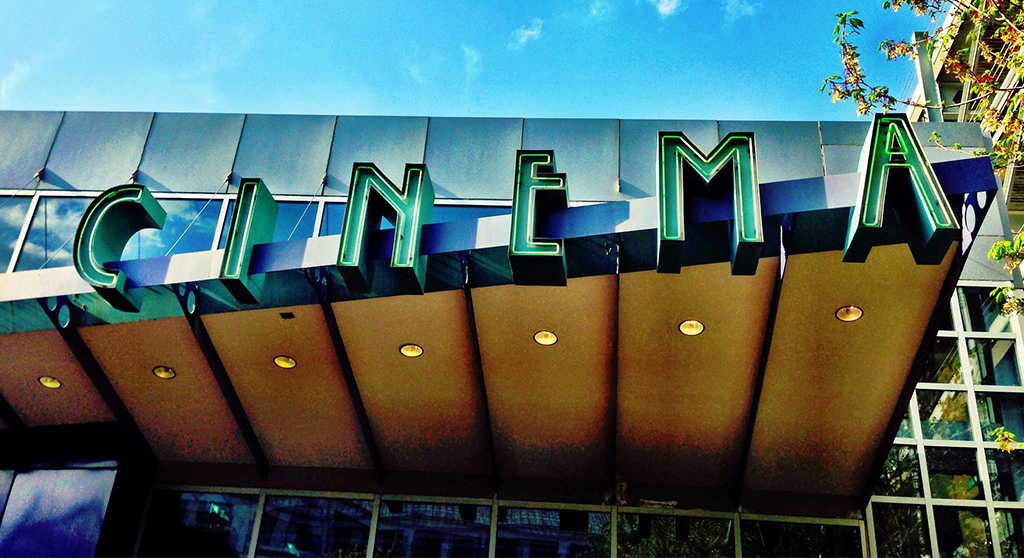 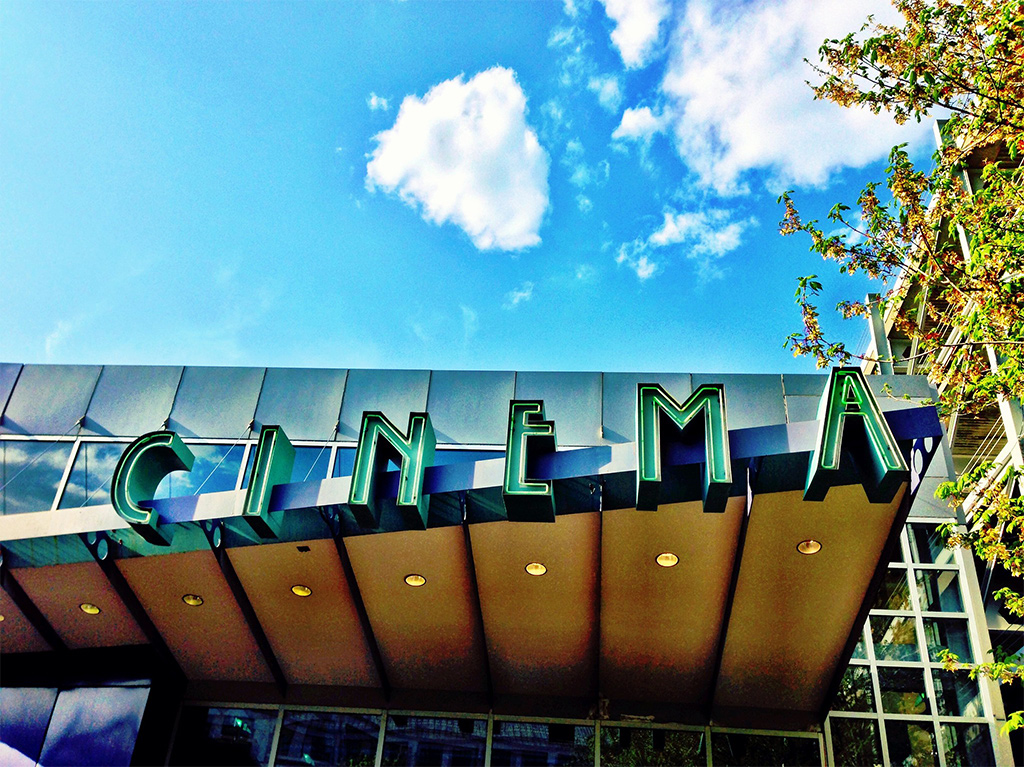 Kendall Square Cinemas had something of a stealth reopening Friday. (Photo: Brad Kelly via Flickr)

Two weeks ago, I penned a column about movie screens staying dark in Cambridge and Somerville because of the pandemic, even as AMC, ShowPlace Icon and other theater chains opened in and around Boston. Friday that all changed: the Landmark theater in Kendall Square had something of a stealth opening.

“Face masks at all times, limited seating and no concessions at this time, per state guidelines,” theater manager Howie Sandler said in an email. “Also we are cleaning throughout the day, and after each show we wipe down chairs. We have signs up all over the place stipulating masks and social distancing, and we have markers on the floor leading you to buy tickets.” (State guidelines actually allow prepackaged foods.)

The limited seating measures including every other row being blocked off in the bigger theaters, “and we ask folks to leave two chairs between them and another party. Smaller theaters have seats blocked off in each row to spread people out,” Sandler said. A maximum 25 people are allowed in the larger theaters, and 16 to 24 people in Kendall Square Cinemas’ three smaller ones.

For now, The Brattle Theatre in Harvard Square remains closed to public screenings but is available for private rentals – most of which have been to couples, according to the “Brattle Film Podcast.” Apple Cinemas in Fresh Pond also remains closed, like the Somerville Theatre in Davis Square and Harvard Film Archive.

The Kendall Square theater is playing traditional arthouse fare such as “The Personal History of David Copperfield” and “Tesla,” but also Charlie Kaufman’s latest “I’m Thinking of Ending Things,” which caught me by surprise, as my press kit says it’s coming to Netflix on Sept. 4. What’s also interesting is that this week Landmark will open “Tenet,” the latest big-screen extravaganza from Christopher Nolan (“Dunkirk,” “Inception”). It’s a shift for Landmark, though its sister theater Embassy Cinema in Waltham plays more mainstream box office fare.

Nolan’s film has been a sore point for critics; many say they won’t go to a theater yet and prefer to get screener links. No links were given out for “Tenet,” so if you didn’t go to theater-staged press screening, you did not see it. Some media outlets (including The Washington Post) won’t run reviews for theater-only releases; others (including The Boston Globe) that get screener links for theater-only releases will post a safety caveat. I’m still struggling with the “Do I review a film in the confines of my house and recommend it to you when you can only see it in the theater” conundrum. I missed the “Tenet” press screening due to a personal conflict, so if you see a review here from me, you’ll know I went to the theater just as you would. I have to say Sandler’s precautions at Kendall sound thorough – but it’s still an indoor space.

In response to this whole Covid-19, get-back-to-normal limbo, studios take different approaches. “Bill & Ted Face the Music” was released simultaneously theatrically and through online streaming (for $20). The live-action “Mulan” from Disney will be released this weekend on the conglomerate’s streaming platform Disney+ for $30.