Time for police to show a new kind of judgment 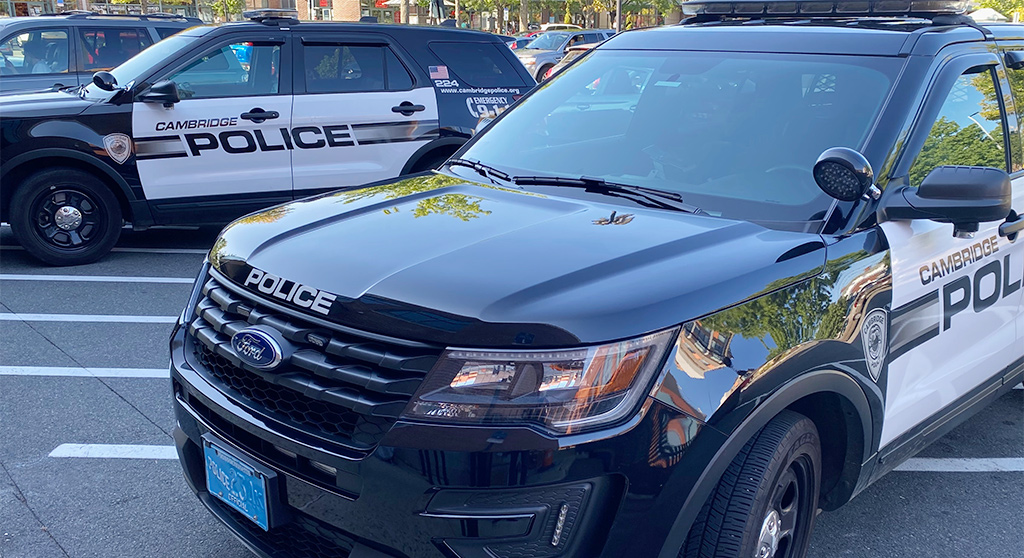 Time for police to show a new kind of judgment

What do you do when it's peace officers creating chaos and irrationality?
By Marc Levy

Social media posts were revealed this weekend that appear to show a Cambridge police lieutenant cheering on violence against innocent citizens based on their race and political beliefs. It’s cause for concern – for the people who have to worry about police violence and injustice against them, for a police department that’s already facing challenges to its mission and funding, and especially for individual officers and the police union that supports them.

It’s going to be easy for those officers and their union to blame the controversy on the revealing of the social media posts, rather than the posts themselves or their author. It’s going to be easy to say the officer has a First Amendment right to express his beliefs, and that they have nothing to do with how he does his job. In Cambridge, we have a union that’s had its own social media trouble, warning residents to expect a “purge” if policing reforms were enacted. (The Cambridge Police Patrol Officers Association deleted that wording and gave an odd and unsatisfying explanation for why it existed in the first place.)

If police want to be part of a solution to society’s troubles – which is supposedly their mission – it’s time to stop the excuses and end the “thin blue line” mentality that protects officers no matter what they do, making standards of conduct and ethics impossible to enforce. There’s no other labor group that so proudly doubles down on protecting members who do horrible things. It’s hard to think of another group that resists self-reflection and correction so much.

Just think about the 2009 arrest of Harvard professor Henry Louis Gates Jr., when police unions backed the arresting officer and were livid about President Barack Obama staying “The Cambridge police acted stupidly.” Of course police acted stupidly – the arrest drew international attention to Cambridge for a pointless arrest that made people feel less safe, while bringing criticism to the department, harsh examination of the individual officer and months of vocal anguish over the city’s persistent racism. Keep in mind: Obama’s words came a day after charges had been dropped. And the more valuable way to quote the president’s words is that “the Cambridge police acted stupidly in arresting somebody when there was already proof that they were in their own home” (and not a burglar).

No one died in that incident, but the evidence from around the nation suggests that in terms of police reaction it wouldn’t have mattered much: Police tend to close ranks around their own no matter what, failing to understand the damage caused by refusing to admit they can be fatally wrong and sometimes just act stupidly. This might stem from the belief that police have to be seen as infallible, as more than human, if they’re going to control a situation.

They fail to see that because policing and justice are about judgment, the more they resist accountability and apology, the less safe we feel around them.

The nation has now seen literally countless examples of poor judgment by police that wind up getting people killed for unjustifiable reasons. Afterward, the nation almost always sees officers escape accountability. Police don’t seem to understand how every “get out of jail free” card erodes their own standing.

Posting social media – publicly available social media! – that brag about how poor (and deadly) police judgment can be is, itself, poor judgment like the kind that was displayed in the arrest of Gates. It’s a celebration of power over reason that just highlights why people should be afraid and mistrustful of police.

Police fail to acknowledge how much their presence can change a situation for the worse, but by now the world is well aware that police judgment is often no judgment at all: That especially if you have dark skin, you can wind up dead whether you’re a 12-year-old kid playing with a perfectly legal toy or an adult who’s actually complying with officers’ orders to show you’re no threat. When everything you read and see shows you can as easily wind up dead when the police arrive as be saved by them, you not just don’t call the police for help, but you quite reasonably become overwhelmed by fear and instinct when they arrive. For all too many people, running when they see police seems like a perfectly rational thing to do, even if they have no reason to run except that they see the police. Yet they know by now that they can still wind up shot in the back for trying to get away.

For police, lack of judgment can come down to the “reasonableness” of split-second thinking captured in the 1989 Supreme Court case Graham v. Connor. There’s no such case that brings victims of police violence back from the grave, or pays their medical bills, when they respond instinctually to the presence of police.

What are the police to do when they are the ones who bring chaos and irrationality instead of order and peace?

They have to show judgment.

Individual officers have to show they’re smart, that they can reason. They cannot have contempt for the people they serve, sure, but if they’re so reckless and thoughtless as to repeatedly reveal that contempt publicly, is that not a clear signal of an incredible, insurmountable lack of judgment? They’ve caused a firestorm not just for themselves, but for a department that was already trying to put out some fires.

The police unions have to show they have judgment too. It’s time to acknowledge that working for the betterment of police doesn’t mean ruining their public image everywhere through indiscriminate support of their worst members.

Police department leadership has the hardest task, because it can see the problem – and much of it is made up of individual officers who might have dumb social media presences and unions that send their own, counterproductive messages. As an example, it wants the citizens it serves to be comforted by its enactment in June of a code specifying officers’ duty to intervene when another officer is using excessive force, instead of just reporting it to a superior. The problem isn’t so much the existence of the code as it is being publicized; the obvious reaction is: Why do police officers need to be ordered to intervene when they see excessive force being applied? And why as late as June 2020? The department also requires its cadets to read only a single book before applying, and it’s written by the spokesman for the toxic and unproductive “Blue Lives Matter” movement, which exists as a refutation of the Black Lives Matter movement. (The entire refutation is yet another example of poor judgment.)

Police judgment can be less about instinct and more about thoughtfulness. If the instinct is to support anything any police officer does, well, that’s no judgment at all.