‘Sound of Metal’: Drummer loses his hearing, showing him more than expected on healing 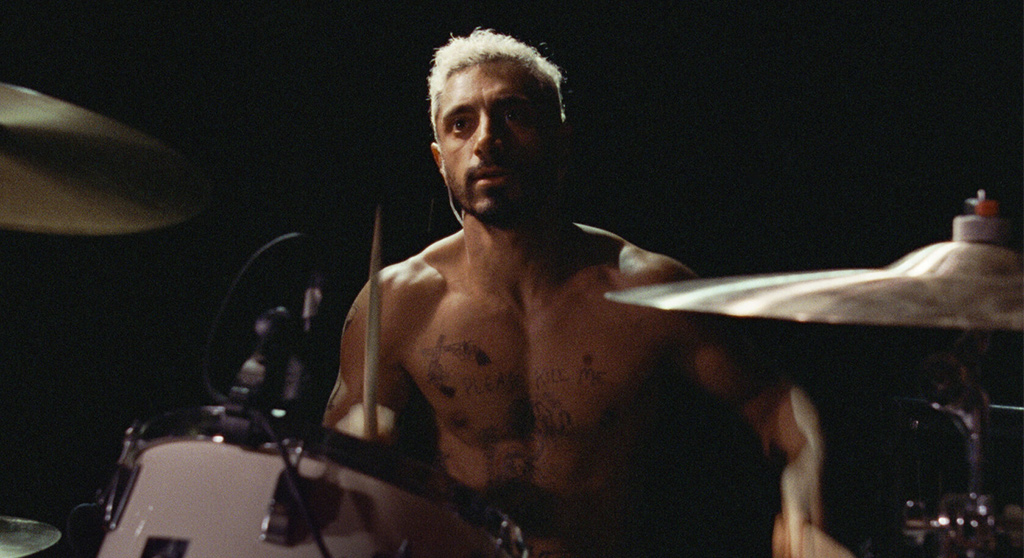 ‘Sound of Metal’: Drummer loses his hearing, showing him more than expected on healing

“Sound of Metal” kicks off with a raw punk rock performance in a small club. The camera hangs on the band’s drummer, Ruben (Riz Ahmed), smacking the skins silly as the lead singer, a snarling, red-maned chanteuse named Lou (Olivia Cooke), growls indecipherable lyrics at the crowd. It’s a punchy, tight focus you want more of, but Darius Marder’s feature debut (he was the writer of “The Place Beyond the Pines”) switches gears as it dives into a more audibly serene world where the turmoil is deeper and you can’t simply power your way through.

Ahmed, the rapper-turned-actor so good in supporting roles in “The Sisters Brothers” (2018) and “Jason Bourne” (2016), gets his front and center here. His Ruben and his bandmate/significant other cruise around in a shiny RV playing gigs until one day Ruben can’t hear so well. He’s also been a user; at an impasse to perform, at Lou’s behest it’s off to a rehab facility for deaf addicts. It’s at the farmhouse enclave that Ruben hits another major snag: The facility’s sermoning leader (Paul Raci, whose parents were deaf) wants to teach Reuben to be deaf and proud, while Ruben keeps hoping for some type of cure or treatment as a way back. Lou, meanwhile, is slipping quietly away, involved with other bands.

The film was shot mostly here, on the North Shore, and has that same somber, gritty texture that “Manchester by the Sea” (2016) registered. Part of that is Marder’s ingenious use of sound from Reuben’s POV. Of course the film is all Ahmed, whose wide eyes and creased brow tell a different story than the polite, calm words rolling out of Ruben’s mouth. His scenes with Lou and Raci’s hippie guru as he deals with loss and uncertainty are raw and electric. The acting all around is so good, I’d have to jump back to “The Trial of the Chicago 7” for something on par, but “Sound of Metal” goes to a far more universally and emotionally raw place. Even a big movement such as a quick trip to Paris to see Lou’s father (Mathieu Amalric, from “The Diving Bell and the Butterfly”) doesn’t feel big. Lou’s Edith Piaf-esque performance at a piano concerto is riveting, as are the final few moments, guided adroitly by Marder, when Reuben undergoes a life-changing epiphany. You can hear every ache in the sound of silence.