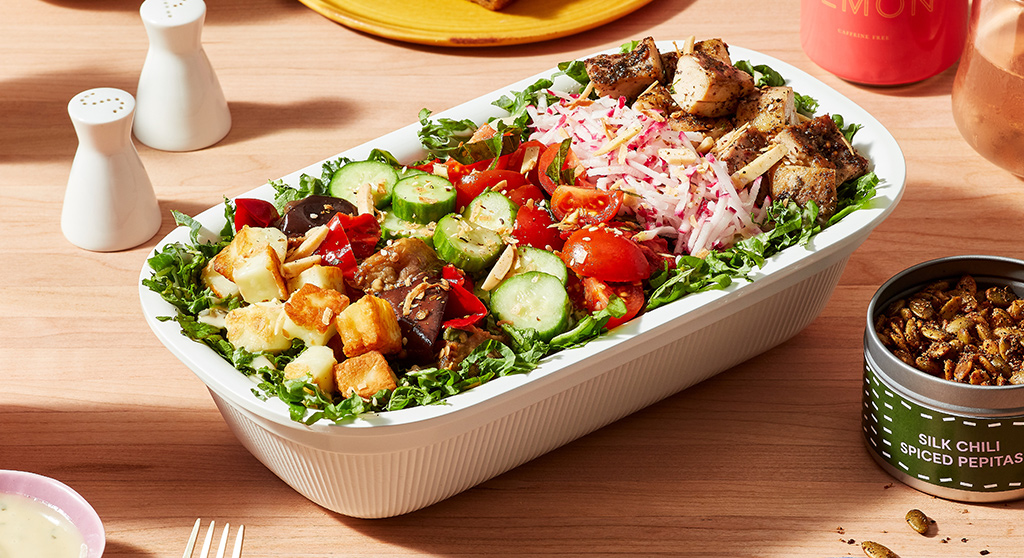 Three eateries opened in Cambridge since mid-January capture very different aspects of the city and its eating habits. 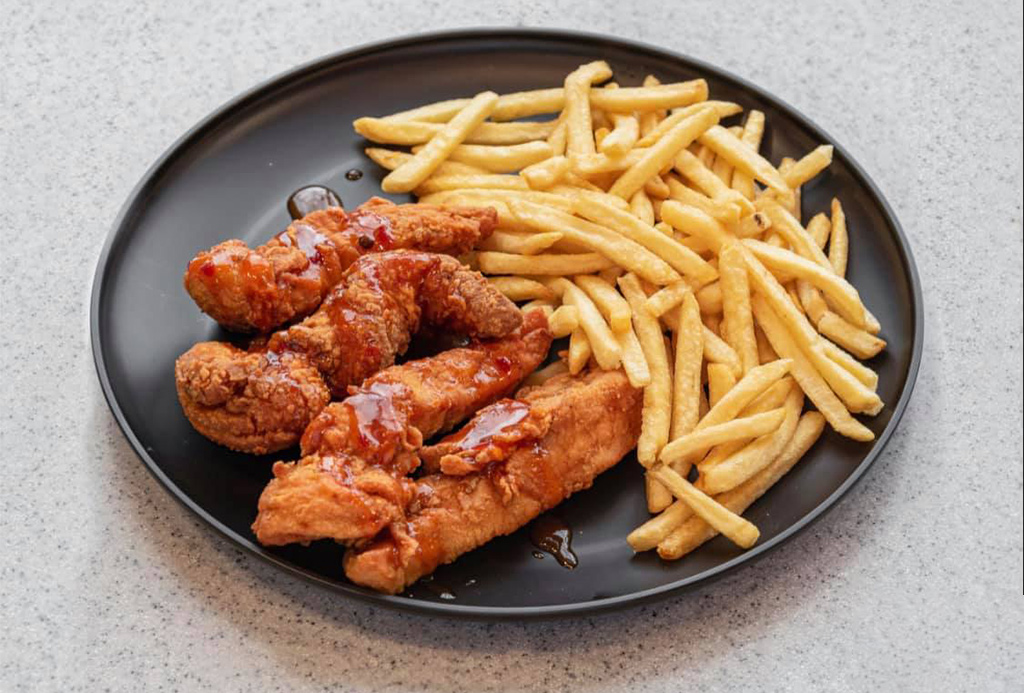 Most recently of the three, Laced Quality Kitchen has opened in the food court at CambridgeSide – but as a venture of Joamil Rodriguez, founder of the Laced high-end sneaker boutique chain, the trend captured here is not “food that comes to mind when you think about shoes”: With a specialty in fried chicken and waffles, it’s actually another argument for Cambridge and Somerville as a fried chicken mecca, considering the presence of joints such as The Coast Cafe, Highland Fried, Trina’s Starlite Lounge, Redbones and the hibernating Lily P’s and State Park. (Though with a menu of chicken tenders, maybe the closest example is Shy Bird in Kendall Square, which has mains of rotisserie chicken with fried “SB Dunks” and a Ranch Fried Chicken sandwich.) This “homestyle retro kitchen” also has signature “shoelaced” fries, as well as housemade sauces with sneaker culture names – “a subtle shoutout to our sneaker origins,” Rodriguez said.

“Streetwear, sneakers, music and art are the foundation of the Laced youth culture, and the next step for us was to move into the food scene,” Rodriguez said. 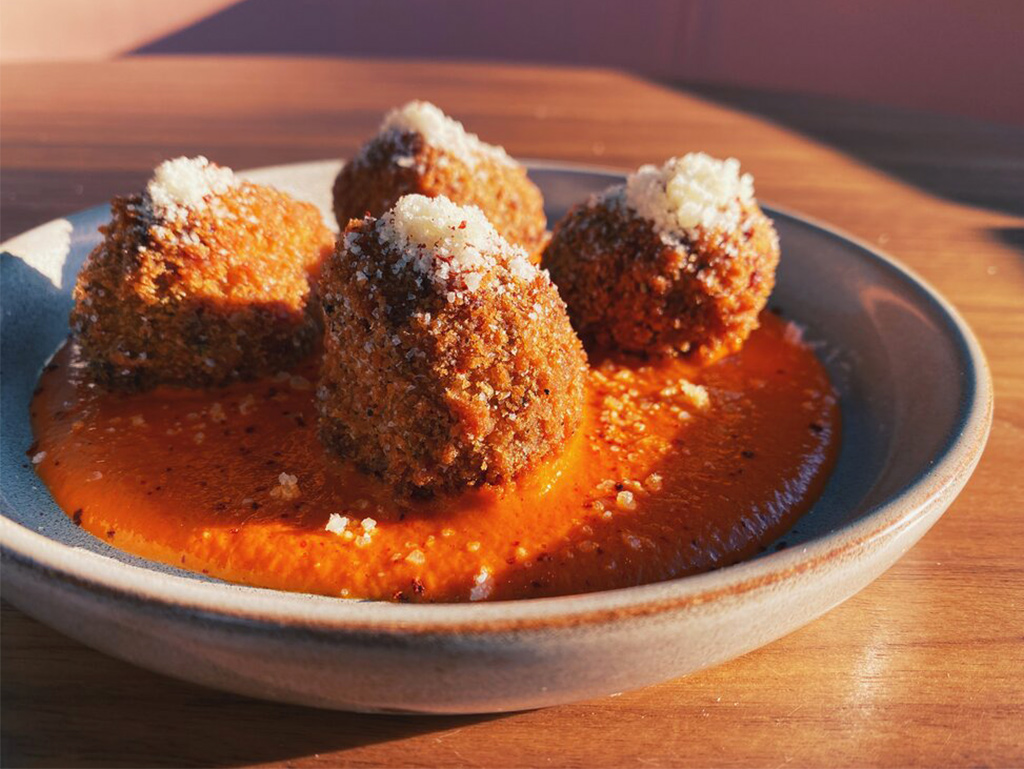 Geppetto, the last of three Will Gilson creations for Cambridge Crossing, opened Jan. 14 for takeout and delivery after Café Beatrice greeted morning people in October and The Lexington opened the next month – eventually to provide a snazzy, 40-seat art deco environment for sophisticated barflies indulging in grilled salmon and dry-aged pork chops. Geppetto is the biggest space, a 74-seat Italian restaurant where eventually diners will fight to be near the fireplace to enjoy their polpette – crispy meatballs in tomato, brown butter and parmesan – a lasagne redolent of porcini béchamel and a braised pork sugo with cavatelli, chili breadcrumbs and fried rosemary. For now, “takeout and delivery options will give guests a sneak peek of what we are doing, food-wise, while we look to open our dining room at Geppetto up in the spring,” Gilson said. It’s all right at home in a city with Pammy’s in Mid-Cambridge, Richards in Wellington-Harrington and Café du Pays, near Kendall Square. (Not even scratching the surface of higher-end comfort food here.) 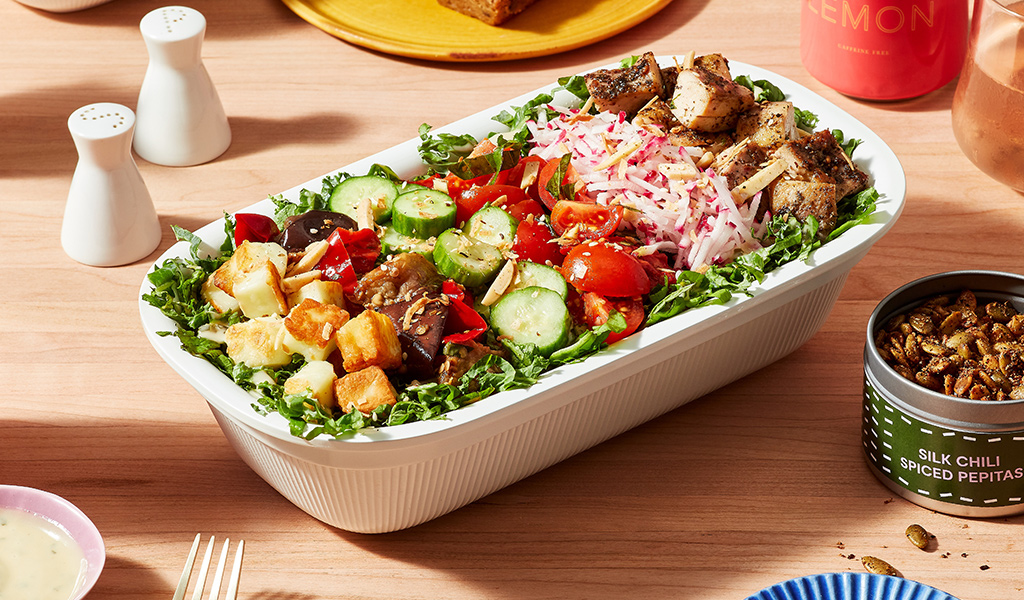 A bowl from Spyce in Harvard Square. (Photo: Spyce)

Salads and bowls compete for top reason to visit Spyce with the automated “Infinite Kitchen” that makes them, called by founders “by far the most sophisticated culinary tool in the world” and capable of creating more than 350 customized meals an hour. While the menu served since Jan. 13 promotes warm bowls such as The Bungalow, made with fresh-seared cauliflower, shaved Brussels sprouts and brown basmati rice in a housemade coconut madras curry, or salads such as The Golden Greek, with lemon tahini dressing, golden beets and a touch of maple, it doesn’t begin to capture what a crew of Massachusetts Institute of Technology grads have made possible for the hungry (yet somehow still capable of decision-making): Customers can customize any aspect of their bowl, they say, down to the amount of sauce or dressing and the level of spiciness – and that’s after being able to adjust the entire menu in real time to avoid eight major allergens or match eight major diets such as vegetarian, vegan, Whole30, keto, low carb, low-fodmap, paleo and pescatarian. Like Clover, in a square that already boasts Sweetgreen and Veggie Grill, this is a hometown choice that’s fresher in every way. And it feels oddly like a lighter version of the long-missed Fire+Ice.