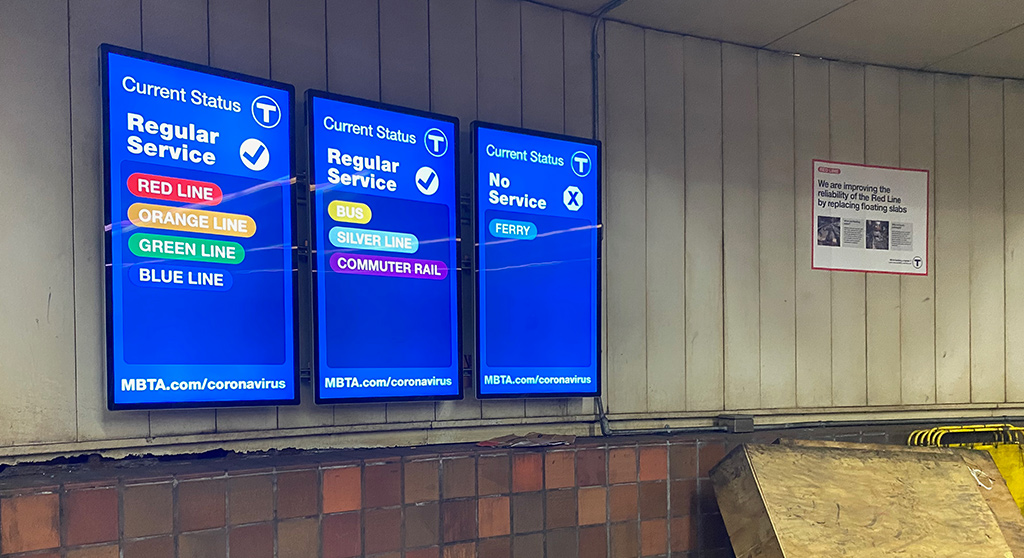 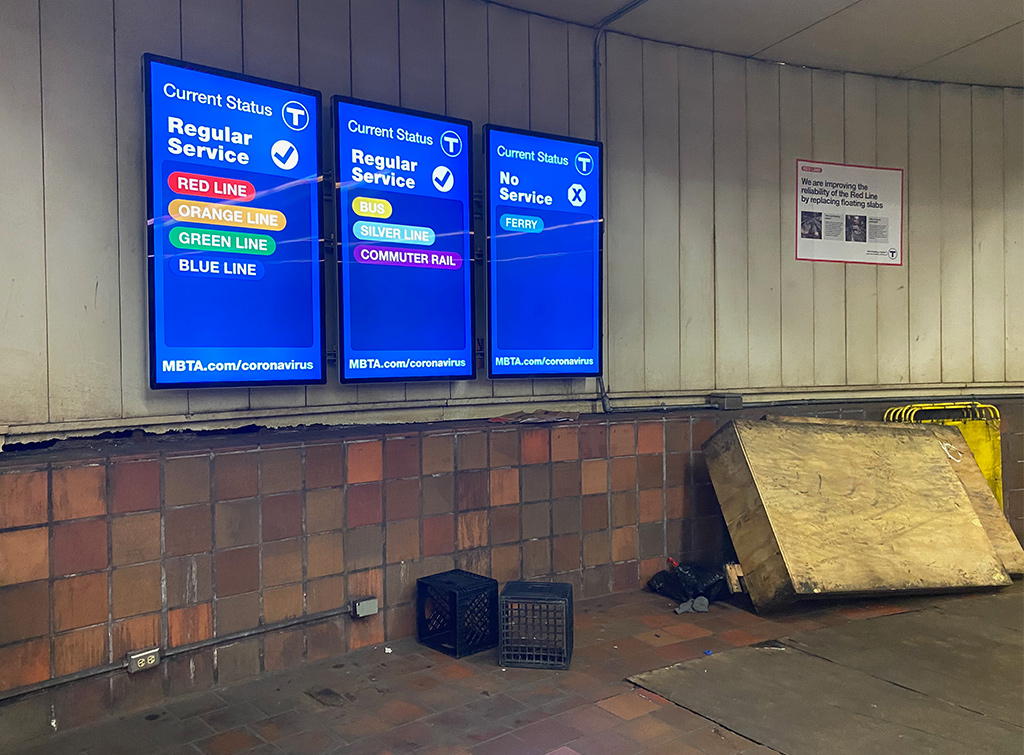 The MBTA announced that its plans to cut subway and bus service go into effect March 14. Cambridge will see the frequency of red and green line trains reduced by up to 20 percent, and many bus lines will be affected. The service reductions are in line with what the transit agency announced in December.

There’s still vocal opposition to the service cuts, with members of the public expressing their displeasure in public comment at a Monday meeting of the the Massachusetts Bay Transportation Authority’s Fiscal Management and Control Board. “We know that the service cuts are making it difficult for some essential riders to commute to work, and incremental demand for public transit will return, possibly as soon as the second half of this year,” said Caitlin Allen-Connelly, project director of A Better City, an advocacy group.

“We are concerned the longer service cuts go on that it has a negative impact on future demand,” harming the MBTA’s ability to restore service for those who depend on public transit including schoolchildren and the elderly, said Jarred Johnson, director of TransitMatters, a transit advocacy group.

With service changes set and new signs prepared, the window has passed to reverse the MBTA’s decision. But budget discussions for the T’s new fiscal year, which begins in July, will reignite questions about the cuts, especially given the buzz surrounding the possibility of the Biden administration signing a disaster relief bill with billions carved out for transit agencies.

For now, service cuts for the Cambridge area are as follows, with full details available here: