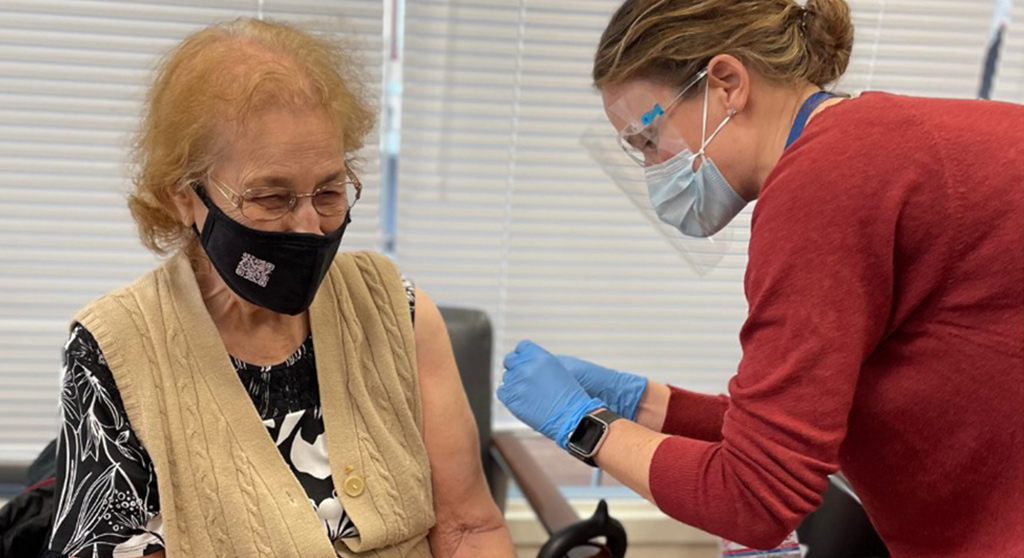 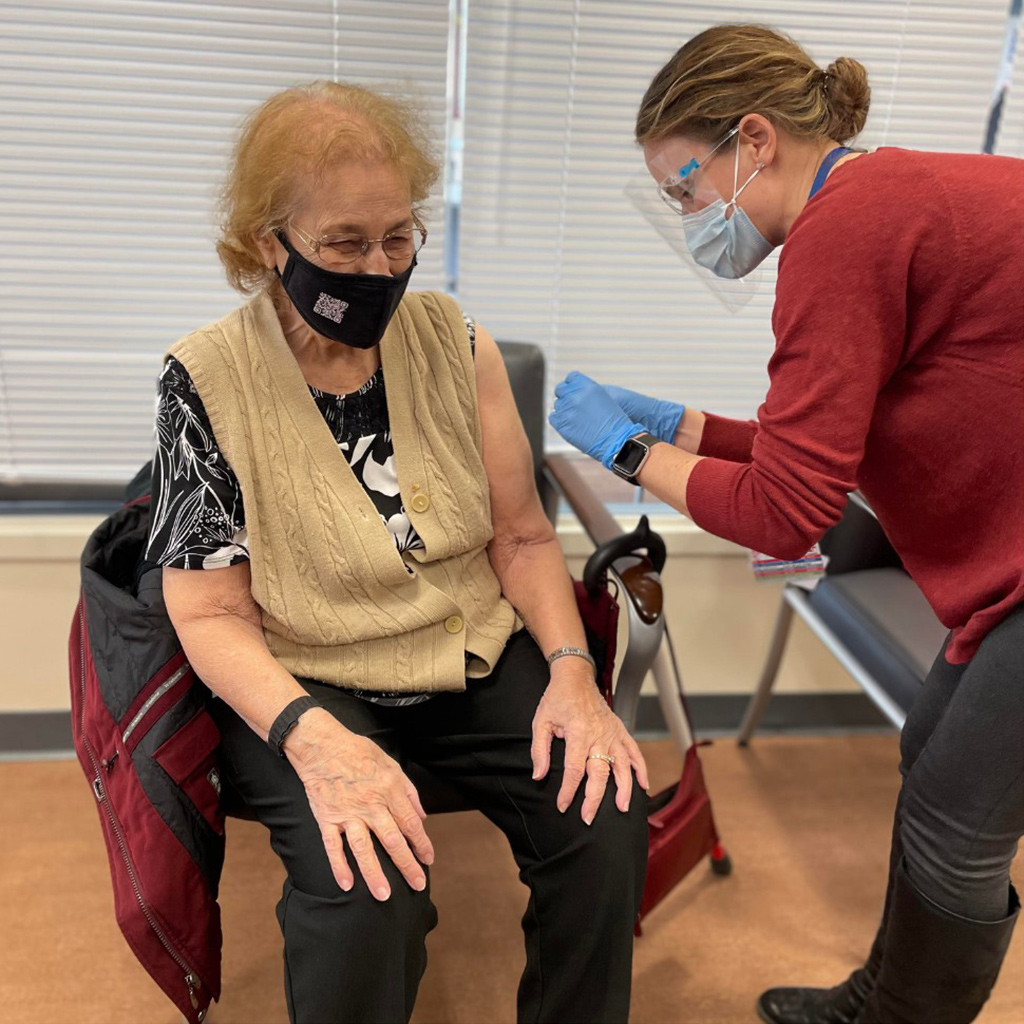 In the latest twist in the state’s Covid-19 vaccine distribution program, Cambridge Health Alliance stopped offering its patients first doses of vaccine Wednesday at the same time other hospitals resumed inviting their patients to get a shot. As usual, there was no explanation for what the Alliance termed “guidance from the state.”

Another mystery: CHA did not tell its patients they could get a shot from Beth Israel Lahey Health, a clinical affiliate and one of the hospitals that resumed vaccinations. Asked why the Alliance didn’t mention that option in emails to patients and a website statement announcing the suspension of first doses, spokesman David Cecere said: “Things are evolving quickly, and we will update our site once we have information to share.”

Beth Israel Lahey spokeswoman Jennifer Kritz said the health care system would resume offering first doses to patients of Mount Auburn Hospital, part of its network, as well as CHA. Kritz said it sent emails announcing the change to 232,000 patients, including Mount Auburn and those at the Alliance, who are 75 and older and hadn’t yet received a shot from Beth Israel Lahey Health; or who are in the newly opened category of patients 65 to 74; or have two comorbidities increasing their risk if they get Covid-19; or who live in low-income senior housing.

After the state cut off vaccine to Beth Israel Lahey and most other hospitals several weeks ago, CHA continued to vaccinate its patients. Cecere said then that state officials told the Alliance it wouldn’t get any more first doses after it ran out of its stock of vaccine; asked how much the Alliance had, he didn’t answer.

Meanwhile, the Cambridge Public Health Department has also been contending with abrupt changes in state distribution policy. This month, state officials told Cambridge and other local health departments their allocations would be cut to no more than 100 doses a week. Then the state said that after March 1 local health boards would get nothing unless they could organize regional sites capable of vaccinating 750 people a day, five days a week. The regional sites would have to accept any eligible Massachusetts resident.

On Monday, chief public health officer Claude Jacob and City Manager Louis A. DePasquale said the city is trying to organize a regional collaborative “supported” by Cambridge Health Alliance. The state has approved 11 such regional sites; if Cambridge succeeds it would presumably restore vaccine to the city as well as CHA. Public health department spokeswoman Susan Feinberg couldn’t say Thursday what the status of the plan is, including whether the city has applied to the state.

Gov. Charlie Baker answers a question Thursday in a screen capture of a virtual Beacon Hill hearing about the vaccine rollout. It was chaired by state Rep. Bill Driscoll Jr., right.

The state has urged residents eligible for a shot to use a mass vaccination site such as Fenway Park or Gillette Stadium, or a pharmacy, but the state website where people can sign up for an appointment continues to frustrate and confuse people. On Thursday, when Gov. Charlie Baker promised improvements such as a “waiting room” so that people wouldn’t lose their appointment while they filled out forms on the website, residents trying to book one of 50,000 new appointments got messages estimating their wait time was hours to days. Slots at the mass vaccination site were snapped up quickly.

A newly formed legislative committee to examine the state’s pandemic performance grilled Baker, health and human services secretary Marylou Sudders and Tiffany Tate, chief executive of the nonprofit Maryland Partnership for Prevention, which developed Prep Mod, the software behind the state website. They didn’t get very far obtaining a clear explanation for the state’s policies and abrupt changes and the failures of the website.

There were some hints of previously unknown factors, such as Baker saying “a bunch of players didn’t want to use the website” so hospital appointments weren’t on it. Baker also said the state gave hospitals extra time to vaccinate their staff so workers who hesitated when first offered a shot could get one later.

The state kicked some urgent care centers off the vaccination program because they were not observing the state vaccine priority plan or not properly reporting vaccinations to the state immunization registry, Sudders said. She didn’t name them. The Boston Globe reported Feb. 11 that CareWell was vaccinating patients in Massachusetts and offering leftover shots to some who were not eligible to avoid discarding vaccine. CareWell’s website now does not list Covid vaccinations as a service.

Sudders said the state had allocated 52 percent of vaccine to hospitals and health care providers; 10 percent to local health departments; and 9 percent to mass vaccination sites. About 32 percent went to pharmacies; much of that went to vaccinate nursing home residents and staff.

While the state plans to cut off local health departments from vaccine for local clinics, it says it will still send doses for the local agencies to vaccinate homebound patients and tenants of low-income senior housing developments. The Cambridge Public Health Department has continued to vaccinate residents of senior/disabled public housing tenants in their buildings.

The department had offered first shots to 840 residents of six developments as of Wednesday and expected to administer vaccine at two more sites Thursday, bringing the total to 900, Cambridge Housing Authority operations director Kevin Braga said Wednesday at a meeting of authority commissioners. About 75 percent to 80 percent of the residents of the first six developments got vaccinated, and some of those who declined a shot said they had already received one or had an appointment, he said.

Braga said residents had given those administering the vaccine “a heartfelt thank you.”

“They see on the news that appointments are hard to come by and that doesn’t even factor in the problems with transportation,” he said. Some residents also emailed the housing authority, the health department and the fire department with gratitude, Braga said. Firefighters are administering the shots.