Coronavirus edition 54: Brattle’s 20th with RBG; ‘Cherry’; and a slate of docs from Salem festival 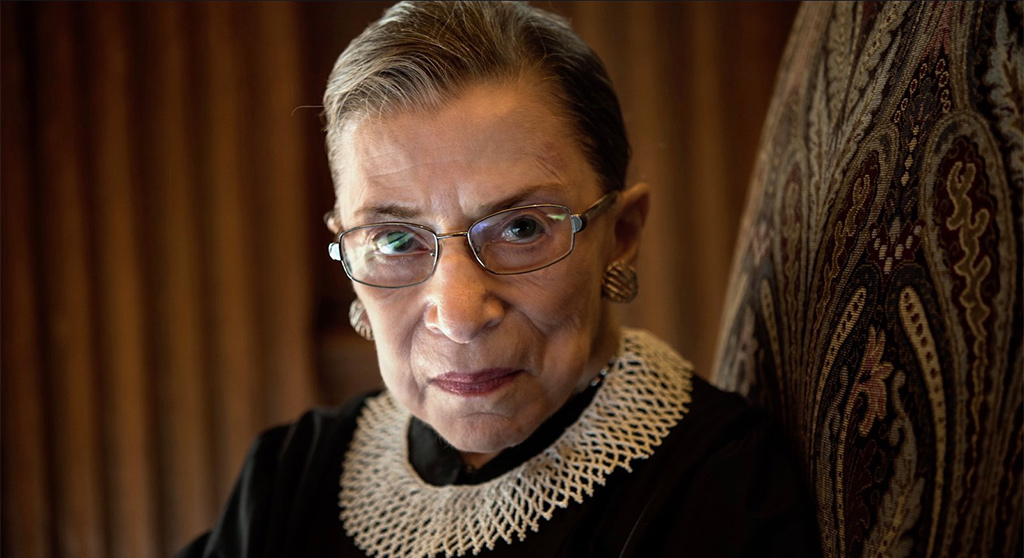 Coronavirus edition 54: Brattle’s 20th with RBG; ‘Cherry’; and a slate of docs from Salem festival

The 14th annual Salem Film Festival, like all festivals during the pandemic, is going virtual. If you’re a doc jock (someone who loves documentaries), this is your jam – all docs all the time, both big (features) and small (shorts), with panels and filmmaker appearances. The fest begins Friday and runs through the March 28. Highlights include “No Ordinary Man,” Aisling Chin-Yee and Chase Joynt’s trans-empowering chronicle of Jazz musician Billy Tipton, an ambitious woman passing as a man in pursuit of a music career; “Glitter and Dust,” Anna Koch and Julia Lemke’s portrait of female rodeo riders; and “The Jump,” Giedrė Žickytė’s historical rewind to Martha’s Vineyard in 1970, when Simas Kudirka, a Lithuanian sailor, jumped from his Soviet vessel onto a U.S. Coast Guard Cutter, seeking asylum and heating up Cold War tensions.  For complete listings and tickets, see the Salem Film Fest website.

Normally the Salem Film Fest plays at Cinema Salem, which shuttered this summer; fest organizers say it will reopen under new management in the near future.

The Brattle Theatre, continuing its celebration of 20 years as a nonprofit, is showing Agnes Varda’s late-career documentary “The Gleaners and I” (2000; the film was a Brattle premiere the year it became a dot-org), a tender portrait of modern-day gleaners in France – those picking thorough fields and dumpsters to collect and live on what society throws away. Also showing is the premiere run of Ephraim Asili’s documentary “The Inheritance,” about a young man who inherits a house in West Philadelphia and turns it into a Black socialist collective. The film was part of last year’s DocYard slate. Speaking of the DocYard, Daniel Hymanson’s “So Late So Soon,” about two eccentric Chicago artists married for five decades, is also now in session; Hymanson and editor Isidore Bethel will attend a live, virtual Q&A with DocYard Curator Abby Sun at at 3 p.m. Monday.

And to celebrate the birthday and legacy of U.S. Supreme Court Justice Ruth Bader Ginsburg (it’s Women’s History Month, too) the Brattle will show Julie Cohen and Betsy West’s documentary “RBG” (2018) on Sunday and Monday with an introduction from Cambridge Mayor Sumbul Siddiqui.

In the near future, an artificial-intelligence company makes Red Eye, a contact lens with the power to record what the eye can see to record memories and play them back. But it’s not so much sci-fi as it is a corporate espionage thriller if made by Brett Leonard (“The Lawnmower Man,” “Virtuosity”), with a throwback detective (a scruffy Greg Bryk) who drives a vintage gas guzzler and drinks sour milk. He’s investigating the murder of Red Eye’s creator (Michelle Thrush) and enlists the help of another researcher (Tommie-Amber Pirie) to get in deep. Yeah, they’ve got to do a Red Eye dose to figure out who’s behind it, and while that intrigues for a moment, the growling, demonic voice in the Red Eye network is a hokey record scratch to the suspension of disbelief. Plus, for a high-tech AI company, Red Eye’s blue-lit labs look like a computer farm from back in the HTML 1.0 days. Streaming on Vudu and rentable on other services.

With this and “Chaos Walking,” Tom Holland seems to be intent on breaking out from his Spiderman gig. Based on Nico Walker’s semi-autobiographical novel, Holland plays the character of the title (never referred to as such in the film) who falls in love with Emily (Ciara Bravo), a college classmate with issues, or so we’re told. Emily, it seems, is bent on drawing in Holland’s lovesick puppy, then harshly pushing him away. Ultimately that sends him to Iraq as an Army medic and brings him back a pill-popping addict who turns to crime. Holland, with his boyish scruffiness – much akin to his Spiderman predecessor Tobey Maguire – casts a likable enough persona caught between bad choices, one of them being holding out for Bravo’s vapid, quietly toxic Emily, but ultimately a passive player in his own demise. Too, the character’s asides to the camera don’t work and don’t add anything. For films about love and war and addiction and PTSD, there are many more well-crafted sagas out there (“Requiem for a Dream,” “Coming Home” and “The Hurt Locker”). “Cherry” should elevate Holland’s stock, but it’s a miss for the Russo brothers (Anthony and Joe), who teamed with Holland on “Captain America: Civil War” (2016) and “Avengers: Endgame” (2019) among other Marvel Universe spins. Streaming on Apple+.