Coronavirus edition 61: ‘Collision Shop’ at MIT and festival bill led off by ‘Summer of Soul’ doc 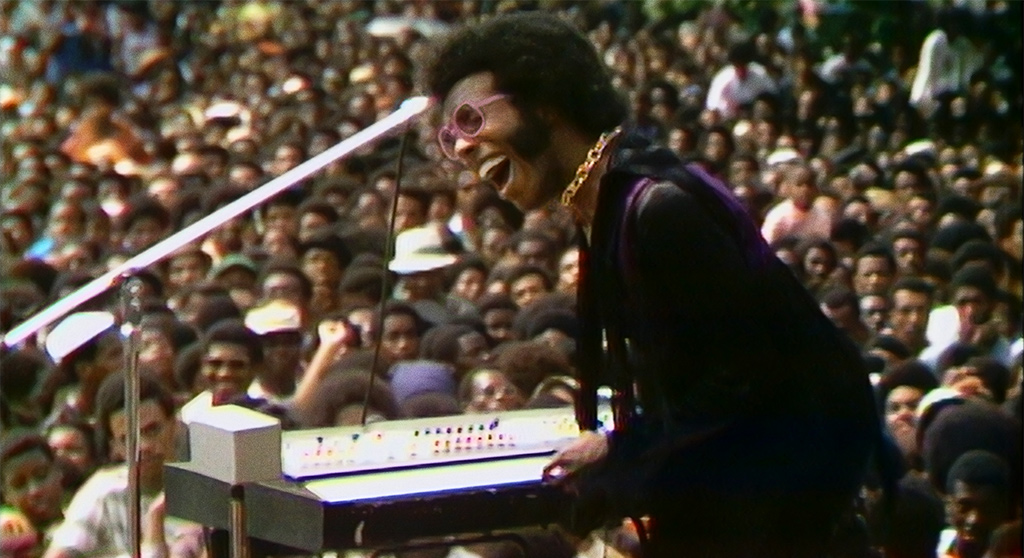 Coronavirus edition 61: ‘Collision Shop’ at MIT and festival bill led off by ‘Summer of Soul’ doc

Last year we didn’t get to partake in the Independent Film Festival Boston due to our good friend Covid preceding the kickoff of the spring event. The indie film fest is back – but a cinematic celebration that normally has hundreds of cineastes lined around the block at the Brattle and Somerville theaters will be virtual this year. That said, the fest looks to push the limits of virtual by hosting Q&As with filmmakers, interactive panels and a “a virtual lobby experience.”

The fest opens Thursday with “Summer of Soul,” the smash Sundance documentary about Harlem’s 1969 version of Woodstock, with never-before-seen concert performances by Stevie Wonder, Nina Simone, Sly and the Family Stone and Gladys Knight & the Pips. Ahmir-Khalib “Questlove” Thompson’s film won both the Grand Jury Prize and Audience Award at Park City.

As always, the IFFB features a distinct local flavoring with “A Reckoning in Boston,” James Rutenbeck’s portrait of Kafi Dixon, who tried to launch a land cooperative for traumatized and disenfranchised women of color there. The film moves in unique and unpredictable ways when filmmaker and subject decide to collaborate beyond traditional boundaries. Giving some love to Roslindale is Sean Gannet’s “Last Night in Rozzie” about a New York lawyer (Neil Brown Jr.) returning home to reconnect with a childhood friend (Jeremy Sisto) he hasn’t seen after a violent night 25 years ago.

Other films that pique interest are “We’re All Going to the World’s Fair” for the late-night horror set; “Luzzu,” about a Maltese fisherman who puts much at risk for his wife and newborn son by entering the black-market fishing industry. “Dream Horse,” which stars Toni Collette as a server who crowdsources owning a racehorse; “The Dog Who Wouldn’t Be Quiet,” a black-and-white pandemic apocalypse fable (apt?); and “Poly Styrene: I Am Cliche” Celeste Bell and Paul Sng’s doc about the first woman of color in England’s punk scene. Then there’s Rebecca Richman Cohen’s documentary “Weed & Wine,” about two farming families trying to reinvent themselves through their land by raising the crops of the title.

The festival closes May 16 with “How it Ends” from Zoe Lister-Jones and Darryl Wein, a comedy about the last day of Earth, as one woman (Lister-Jones) goes on a party spree through L.A. before the world ends by asteroid. As always, there’s great short packages, and the Fourth Annual Student Short Film Showcase. For tickets and information, go to the IFFB website. (Tom Meek)

Over at the Massachusetts Institute of Technology, the Music and Theater Arts department presents “Collision Shop,” an online multimedia exhibit capturing the emotional state of humans on the planet now. The project, a collaboration between a diverse, multidisciplinary team of students and professionals facilitated by New York dance artist and MIT lecturer Dan Safer, emerged in response to a Covid-weary world and the need for human connection and search for joy. The crowdsourced material (including intimate video self-portraits of people responding to prompts such as “dance like your mom” or “go to the safest spot in the room”) and ever-evolving exhibit launches online Tuesday and will be projected on the sides of buildings in some public sites (on campus, in New York and others) later in the month. (Tom Meek)

Two wannabe screenwriters (Sean Kenealy and Eric Silvera, playing versions of themselves, also write and direct) concoct a cockamamie script about a presidential conspiracy plot and subsequently get abducted by shadowy forces that quarantine the father of three (Kenealy) and loose cannon working at an ad house (Silvera) in a dark “Saw”-like chamber. The film’s a wry spoof along the lines of “Scary Movie” (2000), but more subtle in its riffs and not limited to a genre other than, say, big commercial fare – Schwarzenegger comes up a few times. Besides some sinister sorts we really only ever see from the back, it’s all Kenealy and Silvera trying to get out of the prison chamber, or chilling on a couch rehashing travails, or bantering about a twist on their blockbuster du jour. The pair are pretty cheeky and strike a solid, antagonistic bro bond. Not all the gags land, however, and more often can go on too long. The lo-fi constraints don’t tend to help, but the intermittent use of animation is smart and effective. The end of the film promises a sequel called “In Action 2: Full Meta Jacket,” and that one left me in stitches. Not yet streaming. (Tom Meek)

Something of a comedy troupe of friends made a film about three generations of family coming together on the day of the film’s title, with sophomoric hijinks and the scatological getting front and center treatment. The mixed bag has Sarah (Kristen Krak) bringing her straight-laced beau James (Addison Anderson) home for the holiday. Crazy uncles who have too much of a focus on “The Planet of the Apes” and an affection for rotgut coopt James, dragging him in to their drunken – boxers only – tomfoolery. You can see director Dan Karlok and writer Bill Rutkoski laughing at almost every scene when conceiving the lo-fi yucks – and it does amuse, but not as much as they think it does. Rutkoski plays one of those uncles, and two other Rutkoskis also dot the small cast. The film, as we are told, was shot entirely in Montclair, New Jersey, and feels like Karlok and the Rutkoskis uncorked a keg and shot it over a fun-loving weekend. Coming to multiple streaming platforms Friday. (Tom Meek)

Rodrigo García’s film feels something like “Hillbilly Elegy, Part 2.” Maybe that’s because both star Glenn Close as a matronly sort from the other side of the tracks. Here she plays a mother to a heroin addict (a game Mila Kunis) in a cold turkey, tough love saga like “Ben is Back” (2018) or “Beautiful Boy” (2018). The big question is: Can Deb (Close) trust Molly (Kunis) to get clean? There’s plenty of promises and plenty of slips. The big push is a monthly “opioid antagonist” shot to help Molly get clean, but there’s a series of caveats and complications there. You can feel the burden of Deb, even more so now that Mother’s Day in on the horizon; Molly’s struggle is palpable too – to a point. You want to root for her, but she’s also frustrating, passive and self-interested. It’s a hard investment when you feel someone else may be more worthy of your sympathetic energies. At Landmark Kendall Square Cinema, 355 Binney St., Kendall Square. (Tom Meek)

With whip smart humor and electrifying visuals, the latest from animator Michael Rianda notches one of 2021’s biggest cinematic triumphs so far. Brought to us by the studio behind the vibrant and game changing “Spider-Man: Into the Spider-Verse” (2018), “The Mitchells vs the Machines” mixes coming-of-age storytelling with science fiction thrills as Katie (Abbi Jacobson) and the rest of her family drive cross-country to deposit her for her first year of college. Generations clash as she and her father, Rick (Danny McBride) can’t see eye to eye over her reliance on technology – a wariness that proves valid when the technology they’re so reliant on rebels and they’re forced to save humanity from sentient robots gone amok. The voice acting here is top notch, and the constantly shifting animation styles lend texture and layers to each frame, separating the film from the gloss and smooth character designs of its Pixar and modern-day Disney counterparts. Charming and joyful, “The Mitchells vs. the Machines” keeps the stakes high while delivering constant laughs and truly dizzying spectacle. Streaming on Netflix. (Allyson Johnson)

A perfect late-night watch, weirdly and wonderfully stylistic with a commanding score that echoes the sense of dread and the main character’s sense of chaos. That guy, Barry (Gary Green), is living an unhappy existence until he gets abducted by aliens who do some body host procedure; the result (a new Barry, who barely speaks) goes on a drug-using, sex orgy bender, mixing it up with some unsavory sorts along the way. If you’re looking for a point of reference, John McNaughton’s “The Borrower” (1991) is a good comparison, and there’s a tang of “Repo Man” (1984) to it too. The real allure here is Green, a stuntman by trade, who looks something like Iggy Pop: ripped, with thinning, long hair and the devil behind his eyes. The film is the first full feature effort by South African filmmaker Ryan Kruger – the kind of uniquely stylized film that got fellow countrymen Neill Blomkamp and Sharlto Copley noticed for “District 9” (2009). It will likely do the same for Kruger and Green. On Shudder starting Friday. (Tom Meek)