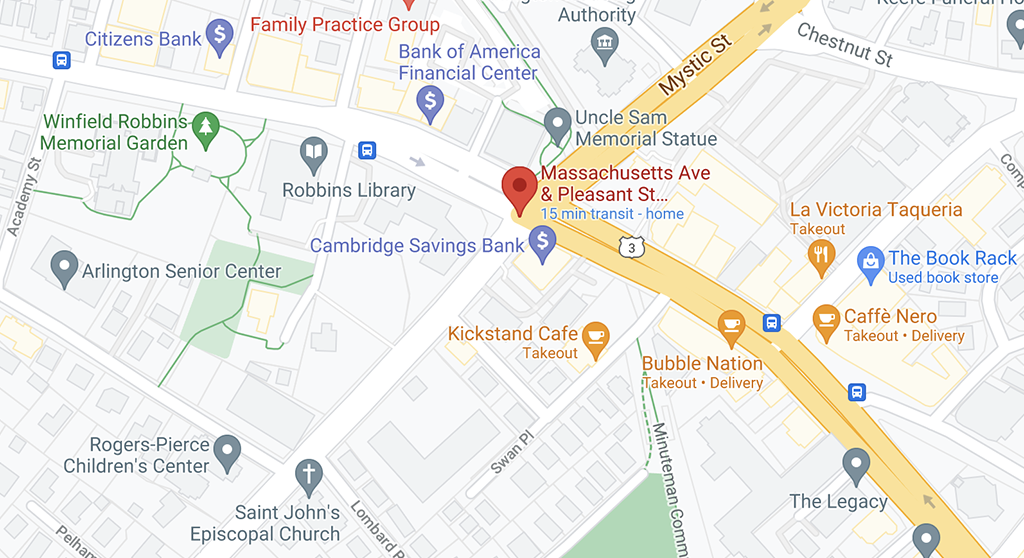 An Arlington police officer pursued a Cambridge teen one block from Massachusetts Avenue and Pleasant Street into a dead end, police said.

Arlington police arrested a 17-year-old from Cambridge on firearm and motor vehicle charges Tuesday after an attempted traffic stop.

An Arlington officer monitoring traffic at Massachusetts Avenue and Pleasant Street at around 2 p.m. saw a Ford Escape drive through the crosswalk as a woman and child tried to cross, police said.

The officer tried to stop the small SUV, but the driver refused to stop and led the officer on a one-block pursuit before turning onto Swan Place – a dead end. The driver and a passenger were told to get out, police said, and were held without further incident.

When searching the vehicle, which belonged to a car-sharing company, officers found a loaded firearm with a high-capacity magazine under the driver’s seat, as well as a bag of marijuana and a digital scale, police said.

The teen was taken from the Arlington Police Department to an overnight holding facility, where he was scheduled to be arraigned Wednesday morning, police said.