I am from a multigenerational Cambridge family of color, with a rich heritage from at least four continents. My grandmother grew up near what is now the Massachusetts Institute of Technology when firefighters still had horse-drawn water tanks. As a young girl, I lived in Roxbury, then moved to Cambridge 53 years ago to start a family and have lived here ever since.

In 2015, I moved into North Cambridge’s Leonard J. Russell Apartments, which provide housing for low-income seniors and disabled residents. We are a diverse community of 54 people ranging up to 101 years of age. We appreciate the supportive environment, convenience and community that we have here.

Many of us are alarmed by the proposal to build a nine-story tower at 2072 Massachusetts Ave., right next to our building. I don’t like the idea at all. Nine stories is too much – the site is so cramped, and the building will be right up against ours. It will block the light and views, and people will be able to look right into our windows. The intersection of Massachusetts Avenue and Walden Street also seems like a dangerous place to put such a large building. There are a lot of pedestrians and bicycles, and a young girl was killed in a traffic accident there many years ago. I knew her family. All the deliveries, pickups and drop-offs happening in front of that building will create traffic and safety problems. We have vulnerable elders with mobility and sensory constraints who will be at risk.

I have gone door to door in our building to tell people about this development. More than two-thirds of the residents have signed a letter opposing the project. Those who haven’t signed are either afraid to speak out, or unable to communicate due to language barriers – people here speak Creole, Chinese, Spanish, Farsi, Russian and more. 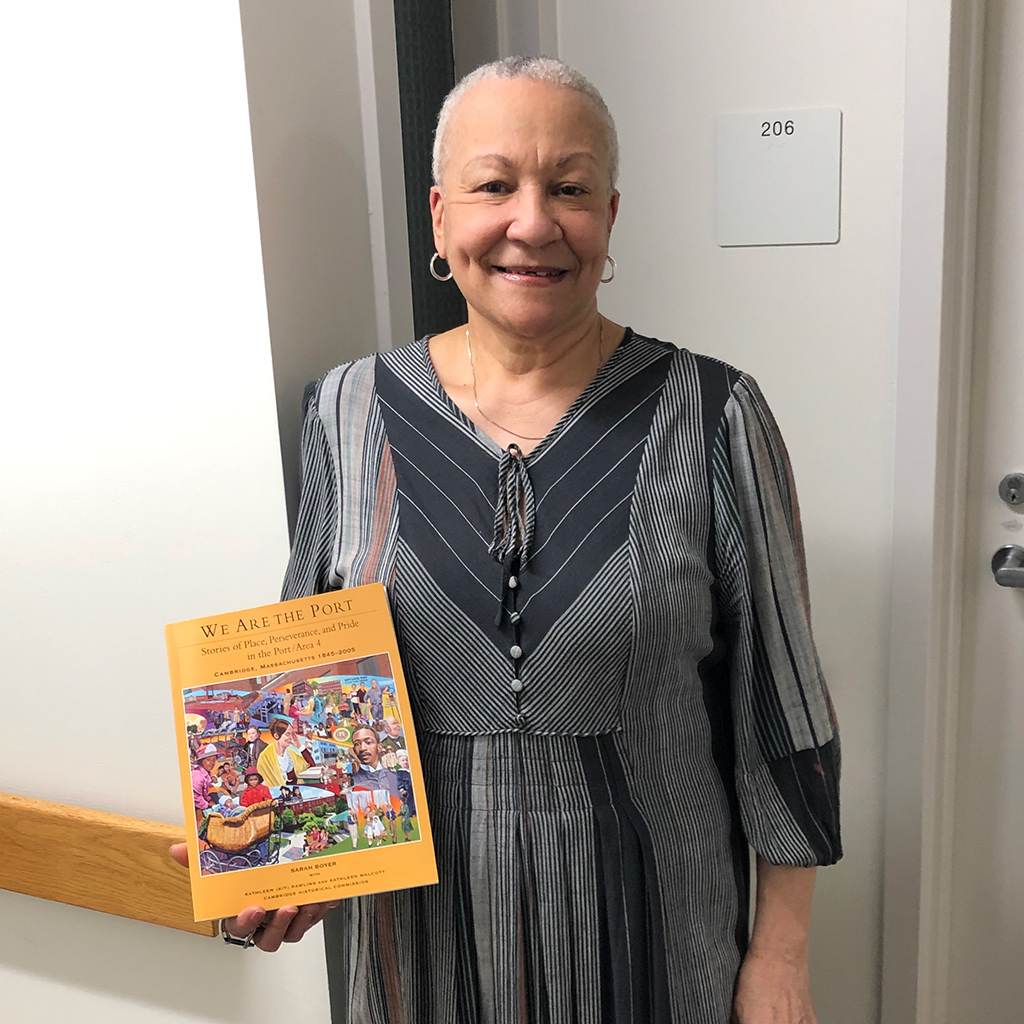 Elizabeth Scott in front of her Russell Apartments home, holding a book on the history of The Port in which she is quoted.

They say the proposed building will be affordable housing, but only eight of the apartments will be available to the lowest income levels. We think the building should be lowered so it doesn’t overwhelm us next door. It can still provide homes for many families.

Growing up, I always felt Cambridge was the best place to live. It was diverse and tight-knit – people knew and helped each other. I’ve seen a lot of changes in Cambridge over the decades. We have to fight to uphold that feeling of community. I think this project should be redesigned to be a smaller scale. I hope city government will listen to our voices.