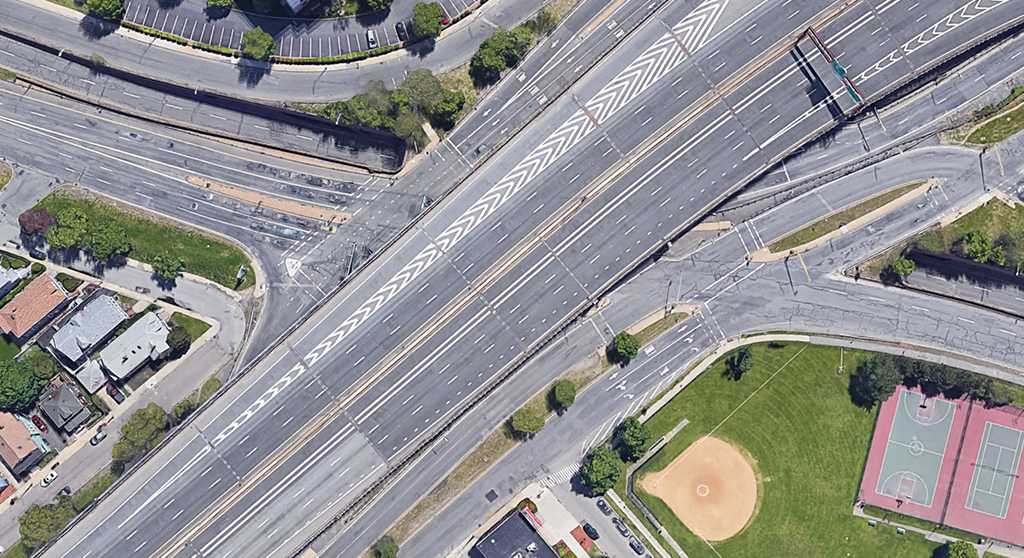 Residents and community leaders are calling on the state to improve the Route 28/38 intersection that a 2017 study found to be the most dangerous in Somerville.

Improvements to make the crossing safer for pedestrians and cyclists and install walls to reduce the impact of traffic noise on surrounding neighborhoods was originally planned for where McGrath Highway (Route 28) meets Mystic Avenue (Route 38) for the summer of 2022. McGrath is also known as The Fellsway.

While the project is in Somerville, the routes are often traveled by Cambridge residents, who would also benefit from less noise pollution filtering into their homes. Cambridge’s section of Route 28 is known as Monsignor O’Brien Highway.

A more recent timeline released by the state’s Department of Transportation pushes the improvements back by at least a year, to the summer of 2023. In its place, MassDOT has prioritized the nearby Interstate 93 Viaduct Preservation project. The project focuses on preserving “the life of the steel” of the viaduct, according to a project outline, and does not include any improvements to the Route 28/38 intersection.

Community leaders and activists see the issue as a question of justice and equity. A recent study by the Metropolitan Area Planning Council showed “residents of color are more likely to live close to high-polluting roadways,” and that pollution “increases the risk of heart and lung diseases, which have been associated with higher death rates for patients suffering from Covid-19.”

Residents and leaders reacted with outrage that the viaduct project was prioritized over safety improvements. “Any project that preserves the life of the highway steel must also take action to preserve the lives of our constituents,” state Rep. Mike Connolly said in a statement May 7.

Organizers and politicians flooded the public comments portion of the MassDOT’s Fiscal and Management Control Board on Monday. “We need this in our community now. We actually have members of our community dying, and we need help. We have had numerous fatalities throughout the years, and in recent years too. Please support our community,” Kristen Strezo, councilor-at-large in Somerville, implored the board.

Leaders and activists say they continue to work on compelling MassDOT to revise its plans. “For now, my colleagues and I are working with advocates and impacted residents to help craft a set of demands and to prepare to fight for the justice our community deserves,” Connolly said.