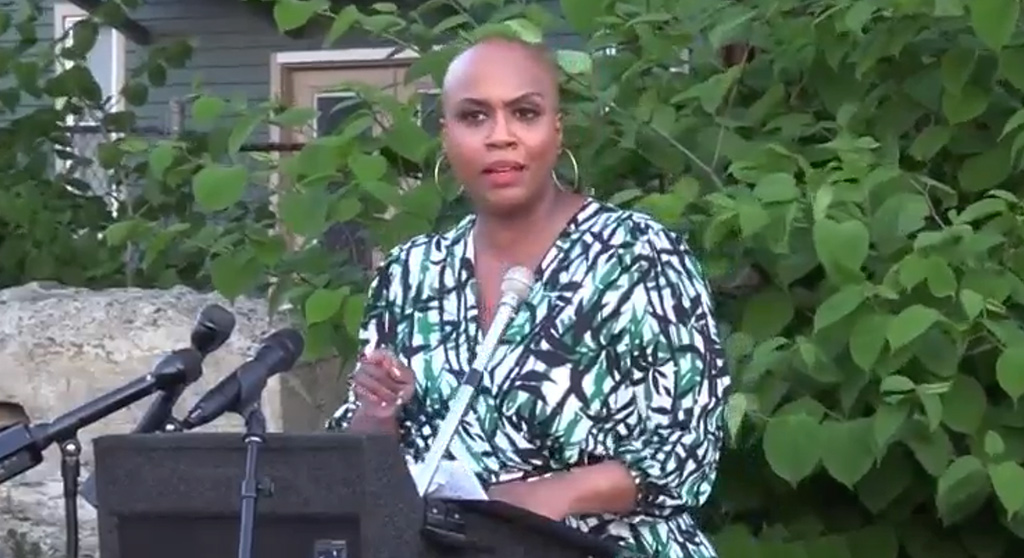 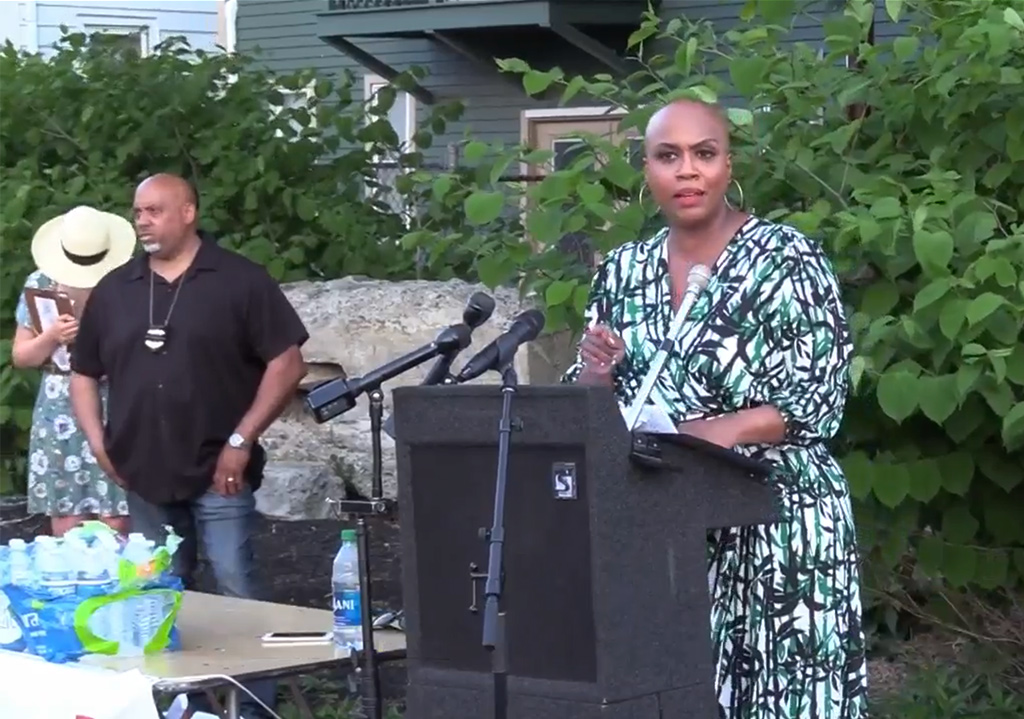 U.S. Rep. Ayanna Pressley speaks at a May 26 rally about the Route 28/38 intersection in East Somerville. The image is a screen capture from a Somerville Media Center video.

The fight for improvements for the Route 28/38 intersection in East Somerville continued in a MassDOT planning meeting Tuesday that saw a parade of politicians and residents voicing support in a lengthy public comment period.

The outpouring of support was hardly unexpected after a rally May 26 at the site drew hundreds of people and political star power from U.S. Rep. Ayanna Pressley.

Interest in the issue stems from the state’s apparent deprioritization of improvements in favor of repairing the steel undercarriage of Interstate 93. Activists and local leaders see the move as putting preservation of the highway ahead of preserving the lives of residents where  McGrath Highway (Route 28) meets Mystic Avenue (Route 38). McGrath is also known as The Fellsway; in Cambridge, it is known as Monsignor O’Brien Highway.

The first portion of the virtual meeting was dedicated to the intricacies of the state’s budgeting process and how federal assistance plays a part in paying for local projects. But public comment focused on improvements to the Route 28/38 intersection that a 2017 study found to be the most dangerous in Somerville.

Most public commenters noted requests by local officials to include at least $2 million for barriers to reduce noise and environmental pollution in East Somerville, and an additional $2 million for improvements such as denser tree cover and expanded pedestrian and cycling facilities. State transportation officials also support installation of triple-glazed windows in state-funded public housing on Mystic Avenue to mitigate sound pollution.

“It’s one of the most dangerous intersections of the state, where three members of our community have been killed. Countless others fear for their lives every time they cross the street to get to the grocery store or take the bus, particularly for families in my district who live there,” state Rep. Christine Barber said. “It is just a very challenging place to live.”

State Rep. Mike Connolly, who said many see the improvements as an environmental and social justice issue for East Somerville residents, urged officials to “work with us to ensure that this project really meets the environmental justice standards that we laid out” in a recent “climate roadmap.”

The public comment meeting was the first step of a budget process playing out over the next few weeks, with final funding recommendations expected to be submitted to the Federal Highway Administration at the end of June. Comments to the state can be left via an online tool or by sending an email to [email protected].