‘A Quiet Place Part II’: After an explosive start, back to a world of even more menacing silence 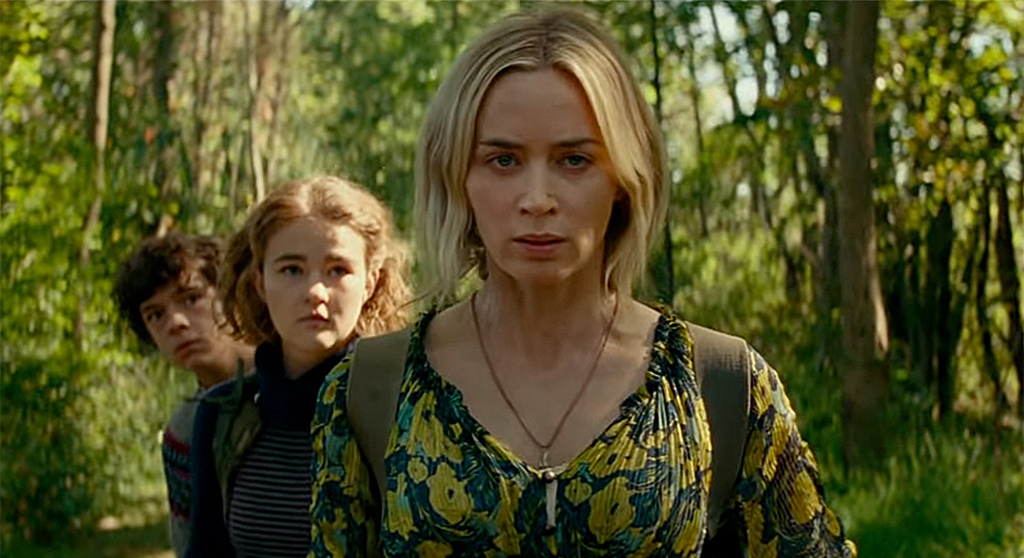 ‘A Quiet Place Part II’: After an explosive start, back to a world of even more menacing silence

Maybe the long-delayed release of John Krasinski’s sequel to his surprise 2018 horror flick hit “A Quiet Place” wasn’t such a bad thing (but yes, Covid, terrible). It gave us more time to distance ourselves from the novelty of human-mauling aliens who can home in on a target only by sound. They were formidable and terrifying then, and are again. “A Quiet Place Part II” opens before the last film did, giving us the cataclysmic landing of the aliens – an ominous, fiery streak across the sky before the first batlike incarnation with a maw full of needlelike teeth chows down on the first denizen of a sleepy upstate enclave. We see familiar faces (Krasinski’s dad, Emily Blunt’s mom and Millicent Simmonds’ daughter) hurrying for shelter and an existence in total silence – one branch crack or a sudden sneeze and you could be lunchmeat.

“Part II” is just as taut and lean as its predecessor. It covers a lot of ground in 90-plus minutes. After a sudden alien invasion that triggers the fall of civilization as we know it, we jump forward to Day 474 since that fireball hit as the Abbotts, or what’s left of them – Evelyn (Blunt), her children Regan (Simmonds) and Marcus (Noah Jupe), and a newborn baby – are still holed up in an old farmstead. At night, they send up a fire signal that is eventually answered. From there, as in most post-apocalyptic films in which death can strike from a dozen angles, it becomes the duplicitous agendas of lawless people that becomes as lethal as the voracious raptors that lurk, waiting for a too-loud footfall to be an impromptu dinner bell.

There are some nice new additions here: Cillian Murphy as Abbott family friend Emmett (we catch him at a Little League game in that preamble), a grizzled, hirsute loner who’s lost much, and Djimon Hounsou as a fierce father and one of the rare bastions of human compassion. In this chapter too, the kids move to the fore, undertaking quests and protector roles that ease the burden on mom some. The film splits into multiple threads, and a few feel unnecessary, but Krasinski and his team of editors keep it tight and adrenaline-pumping. In a world where silence is more than golden, it’s the only means of life,  big roles are played by elements such as a bear trap, a first-aid kit just out of reach, a vial of much needed antibiotics and a safe room that needs to be opened every five minutes to avoid oxygen starvation. Water and boats do too, but to tell you much more would be to ruin the fun. Simmonds, so good in the last film, again makes the case for future work; and of course Murphy, with those liquid blue eyes piercing through the dirt streaks and matted hair, brings a conflicted soulfulness to his grieving father. As the film ends you know for sure there’s a “Part III” coming. You can almost see it opening with Day 500.