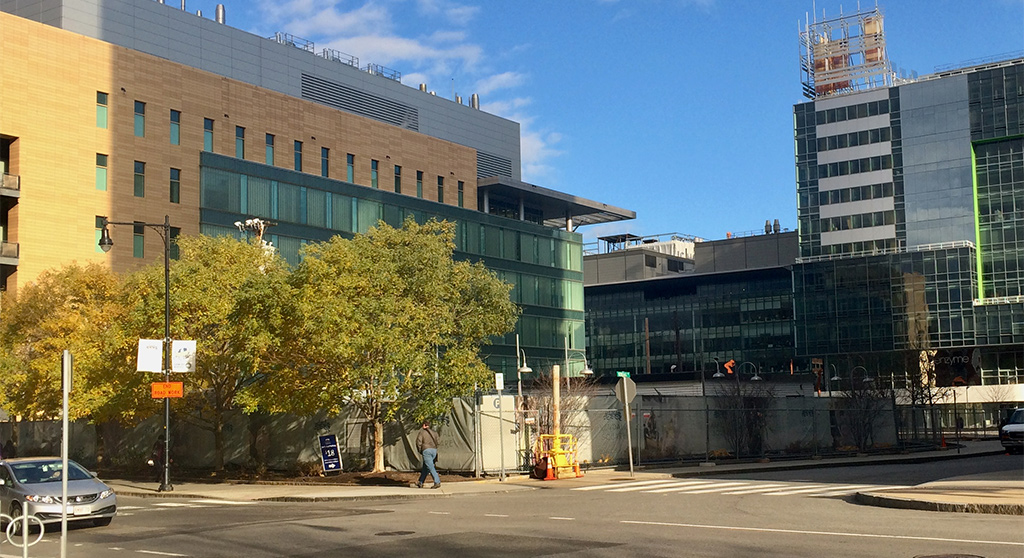 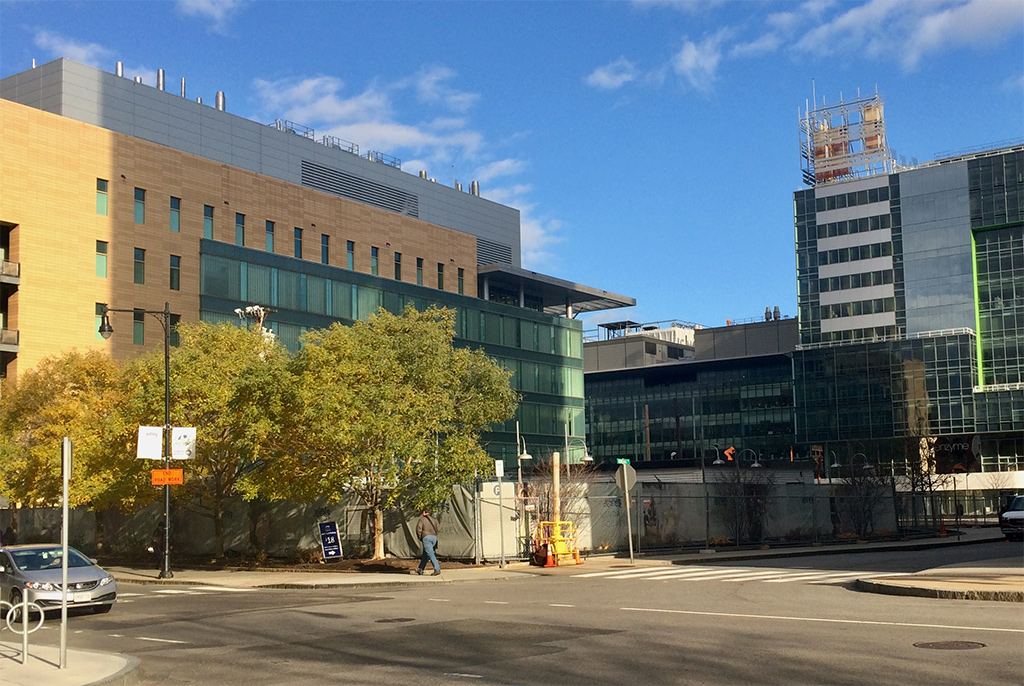 The hole on Third Street in Kendall Square – fronted by an aging Eversource gas transfer station – is due to be filled with a BioMed Realty tower. (Photo: Marc Levy)

Ordinance Committee, 5:30 to 7:30 p.m. Monday. This committee run by city councillors Dennis Carlone and Marc McGovern picks up conversation from Feb. 24 on two campaign finance reform concepts: limiting campaign donations from certain developers or people planning to do business with the city, and capping individuals’ campaign contributions at $200 per City Council candidate per year, while limiting candidate loans to their own campaigns at $3,000 in an election cycle – the latter of which would have get the approval of the state Legislature. Televised and watchable by Zoom video conferencing.

Finance Committee, 10 a.m. to noon Tuesday. This committee run by city councillors Dennis Carlone and E. Denise Simmons will talk though issues around the $65 million Cambridge expects as part of the pandemic-related American Rescue Grant, which caused debate among councillors and staff on how much guidance staff would get on spending. In one model, expenditure by expenditure; in the other, with sweeping powers given to city managers like with acceptance of a federal community development block grant – but either way, the council will have to start setting priorities now. Televised and watchable by Zoom video conferencing.

Public Safety Committee, 2 to 4 p.m. Wednesday. This committee run by city councillor Quinton Zondervan will discuss a proposal for a community-based, unarmed alternative public safety response to policing called the Holistic Emergency Alternative Response Team. This citizen-generated model for a public safety unit apart from the Cambridge Police Department was approved 8-0-1 in a council vote in June. Televised and watchable by Zoom video conferencing.

Board of Zoning Appeal, 7 to 11:45 p.m. Thursday. The board is scheduled to look at plans to move an aging Eversource gas transfer station off Kendall Square’s showpiece Third Street to a rear space a couple of blocks away at 21 Athenaeum St. It’s part of BioMed Realty’s lab tower and public arts space project. Watchable by Zoom video conferencing.