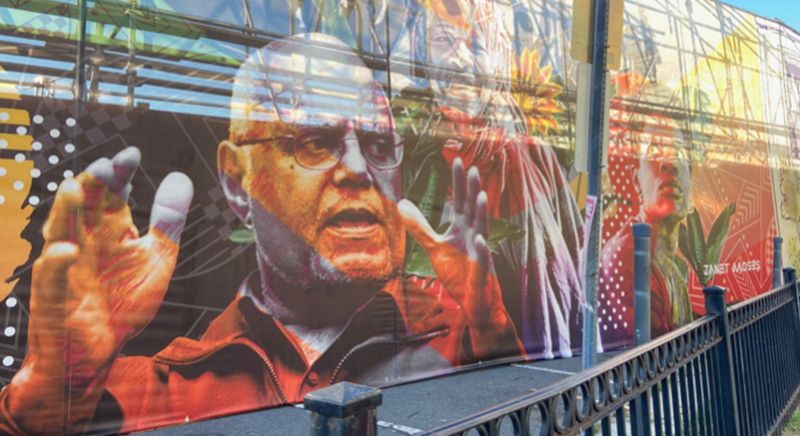 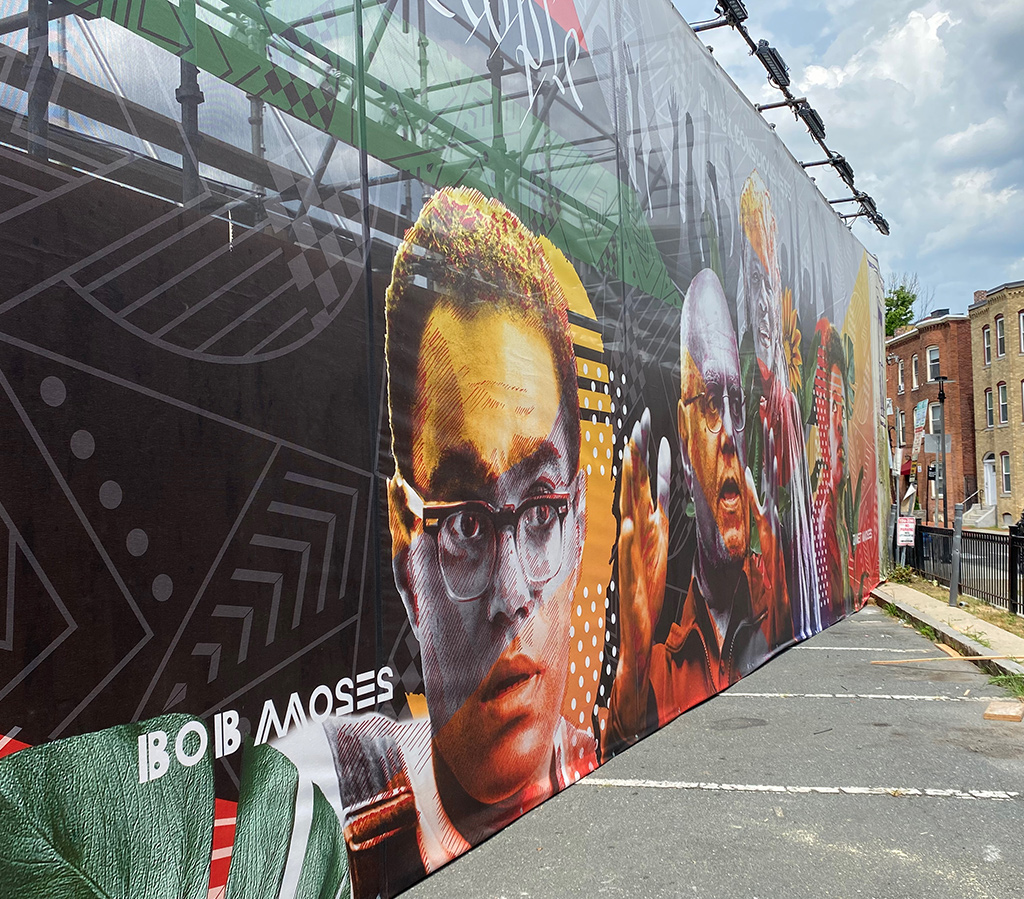 The face of Bob Moses adorns the mural forming one wall of the open-air Starlight Square complex in Central Square. (Photo: Marc Levy)

Cambridge has neglected our Black community through decades of conservative fiscal management and failing to make up for hundreds of years of oppression and harm from slavery, housing discrimination and the war on drugs. Sadly, there are no quick-fix solutions to breaking the cycle of trauma, poverty, violence and grief that we are experiencing. Frequent shootings in The Port neighborhood should serve as a reminder that our efforts to date have fallen short. We need to get on the same page about directing our city’s vast resources toward lifting up the most vulnerable and finally commit to making an immediate and comprehensive investment in every aspect of our Black community.

Cambridge’s tale of two cities is widely documented. The city has accumulated lots of money from the post-rent control commercial development boom, which also drove up property values and rents, displacing thousands of low-income Black residents. Just between 2013 and 2019, the Black population in The Port decreased by 7.5 percent while median household income rose by nearly $25,000 and the neighborhood got 10 percent whiter. The recent Cambridge Community Foundation report explains how the innovation economy remains largely inaccessible to Black youth growing up in Cambridge. When large corporations such as Google, Microsoft and Amazon open satellite offices in Kendall Square, the jobs and wealth those companies bring to town do not get distributed to Black youth growing up in Cambridge. Instead, they get pushed out by the resulting increase in the cost of living. Thus far the city has failed to make any meaningful effort at racial equity, and that has to change.

Cambridge civil rights icon and education pioneer Bob Moses, who passed away recently, identified decades ago that “sharecropper education” and America’s apartheid policies had to be dismantled for Black people to achieve equality of opportunity. As of 2020, educational outcomes for Black students in Cambridge continue to lag behind their white counterparts to a shocking degree. We must ensure that everyone gets an education that allows them to participate fully in the economic, social and political life of the community. It’s imperative that we provide economic opportunity for everyone, not just the lucky few who manage to gain acceptance at brand-name colleges.

Cambridge has hundreds of millions of dollars in the bank, including an additional $65 million just received from the Biden administration as part of the American Rescue Plan to help us recover from the Covid pandemic, which disproportionately affected our Black residents. We have an unprecedented opportunity to dismantle the racist systems in our city that continue to oppress and displace Black residents. Here’s a partial list of immediate investment opportunities that the city should be funding:

Universal pre-K: It is now well established that universal pre-K offers tremendous benefits to young people as they become adults. Despite years of conversation and committee hearings, the city has yet to commit to a full universal pre-K program for every child in Cambridge. We are told constantly that classroom space is a limiting factor, but there are vacant storefronts all over the city that could be rented out at any point.

21st century public education: Invest in the Young People’s Project and other efforts that help Black students succeed in school and in life, while supporting their efforts to eliminate institutional obstacles to their success.

After-school and youth programs: The King Open Extended Day after school program is a great model that should be expanded across the entire district. Our youth centers and summer youth employment programs also offer tremendous benefits to young people growing up in the city, but there are limited slots and mostly nothing on weekends. These programs should be expanded so they are available to all children in Cambridge, and Saturday programming should be added.

RSTA: The Rindge School of Technical Arts is an important piece of the puzzle, but it too is underfunded and under-resourced. Important programs such as electrical and plumbing education are no longer offered, and we need to create options in sustainability such as energy efficiency, solar panel installation, urban agriculture and urban forestry.

Postsecondary education support: Last but not least, we need to provide additional career and secondary education support to our young adults after they graduate high school. We should be creating jobs training programs, professional certificates, internship programs, continuing education and more to help our students transition from high school into the workforce if they are not going immediately to college.