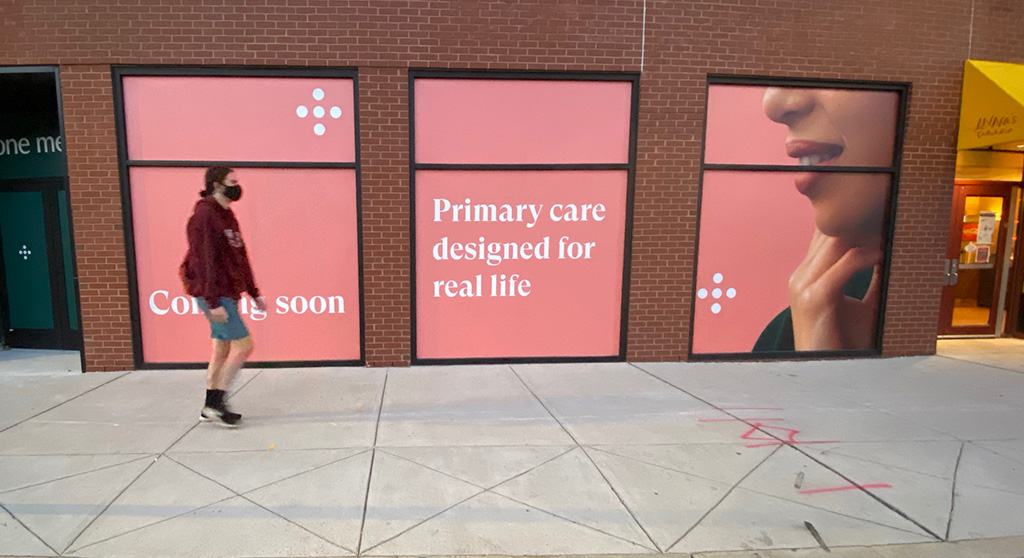 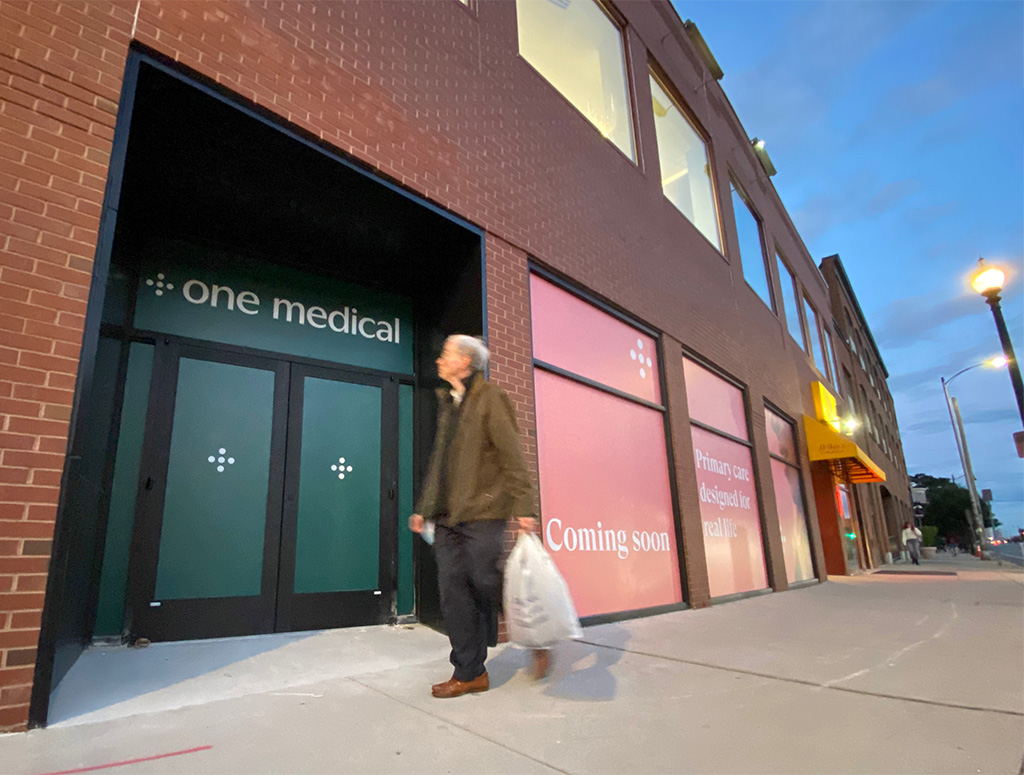 Cambridge Health Alliance will reduce hours at its urgent care clinic in Somerville while a private care clinic prepares to open nearby. (Photo: Marc Levy)

Cambridge Health Alliance will reduce hours at its urgent care clinic in Somerville when it reopens after a water main break that forced the closing of the entire CHA Somerville Campus on Sept. 28. The clinic will lop one hour off its closing time, going to 8 p.m. from 9 p.m., when it resumes operating.

Meanwhile, the Somerville complex reportedly will not reopen until at least Nov. 1. An employee said staff had been given that date. Alliance spokesperson David Cecere said only that “our estimated reopening timeline is pending repairs and inspections from city and state officials.” An email to patients after the water main break said cleanup and repairs “likely will take several days.”

The water leak damaged some areas of the building and disabled electric and alarm systems and elevators.

Cecere said CHA has moved primary care and specialty appointments at the Somerville site, including eye care and gastrointestinal treatment, to other locations. It also moved 14 teenage psychiatric patients from a new unit in Somerville to the former location for the unit at Cambridge Hospital. The health care system has hospitals in Everett and Cambridge and operates primary care clinics in Cambridge, Somerville, Malden, Revere and Everett.

The reduced hours at the urgent care clinic “allows us to allocate more staff to our busiest periods,” Cecere said, describing peak demand coming “during the morning and midday hours.” Industry officials have said their patient load is highest in the early morning and at night on weekdays, and any time on weekends – times when people don’t have to be at school or work and when doctors’ offices are closed.

The pattern at CHA’s urgent care clinic “is supported by our volume trends over the past several months and could be a result of referrals from our primary care providers,” Cecere said. He said the Alliance had expected about 12,000 patient visits a year at its Somerville urgent care clinic but now projects 17,000, most before 8 p.m. “based on current trends.”

The urgent care clinic replaced an emergency room at the Somerville building, which was then a hospital that sent inpatients to other CHA locations. Union nurses and some Somerville residents opposed the emergency room closing, saying 24-hour emergency service was needed. Former state Rep. Denise Provost, then in office, suggested that the replacement urgent care center be operated 24 hours a day.

CHA officials said emergency room volume had dropped to a trickle and many patients did not need emergency treatment. Patients who did need emergency care could go to Cambridge Hospital, they said. Now that the urgent care clinic is closed temporarily, patients needing that level of care can go to the emergency room at the health care system’s Cambridge or Everett hospitals, Cecere said.

Carewell Urgent Care, which has a clinical affiliation with CHA, operates a commercial urgent care center at 349 Broadway, Somerville, from 8 a.m. to 8 p.m. daily. Cambridge has several urgent care clinics operated by Carewell and Partners Healthcare. A Partners closed several months ago at 1815 Massachusetts Ave., near Porter Square, after opening in January 2018, while a One Medical office is preparing to open at the Porter Square Galleria. One Medical identifies itself as primary care but says it is “a great option for urgent needs.”