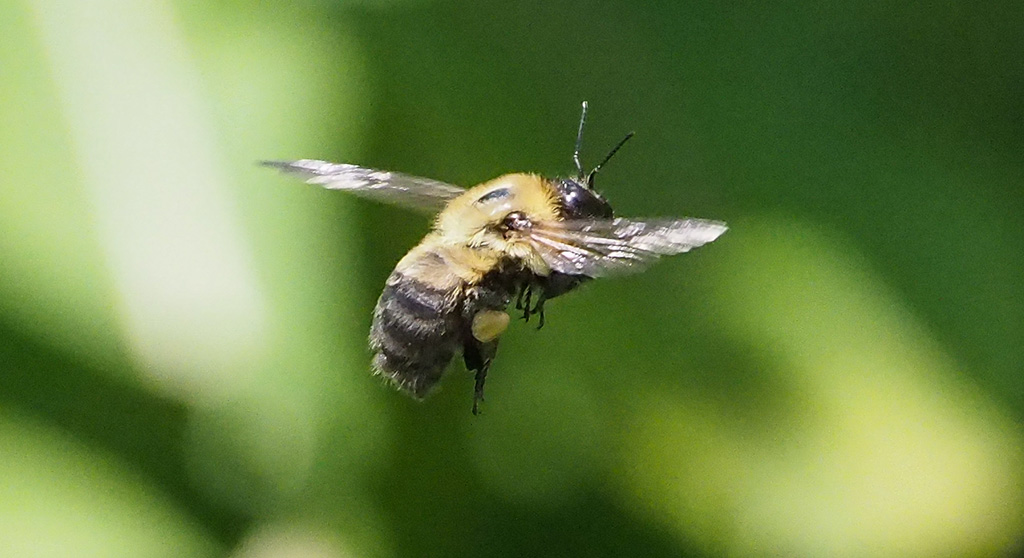 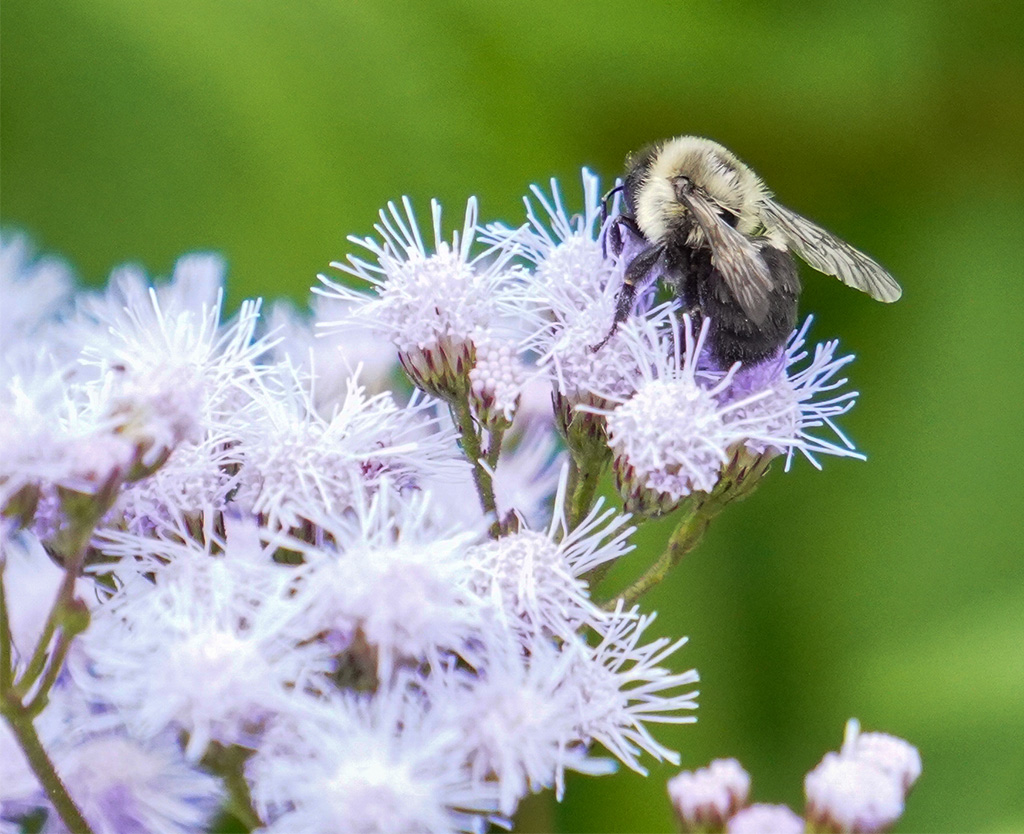 The common Eastern bumblebee is one of the most abundant bumblebee species in the East. (Photo: Jeanine Farley)

If you see a bumblebee now, it is most likely a common Eastern bumblebee (Bombus impatiens). These fuzzy, gentle cuties are still plentiful, while many other bumblebees are gone until next summer. The workers and males of other bumblebee species have all died out; only their queens live on, overwintering in nests on or in the ground. Each queen will reappear in the spring or summer to start a colony anew.

When the mated common Eastern bumblebee queens emerged in April, they fed on early blooming flowers, drinking nectar for energy. Then they found an abandoned burrow in which to build a nest 1 to 3 feet below the surface. The queen gathered fibers such as hair or grass to make a hollow ball into which she deposited nectar-moistened pollen. She laid eggs inside the ball. The queen sat on the eggs to keep them warm, and after about five days, the eggs hatched into larvae, also known as grubs. The queen collected pollen and nectar to feed the larvae, which grew until they were large enough to form a cocoon about two weeks later. (Nectar provides bees with carbohydrates and water. Pollen, which is about 80 percent protein, provides protein for bees and their larvae.)

After another 10 days, each bee emerged from its cocoon as an adult bee. The entire process from egg to adult took four or more weeks, depending on temperature. (Bumblebees, like butterflies, undergo a complete metamorphosis, but bumblebees undergo metamorphosis underground where people do not see the stages of development; consequently, we often do not think about bees as existing in any stage other than as an adult bee). 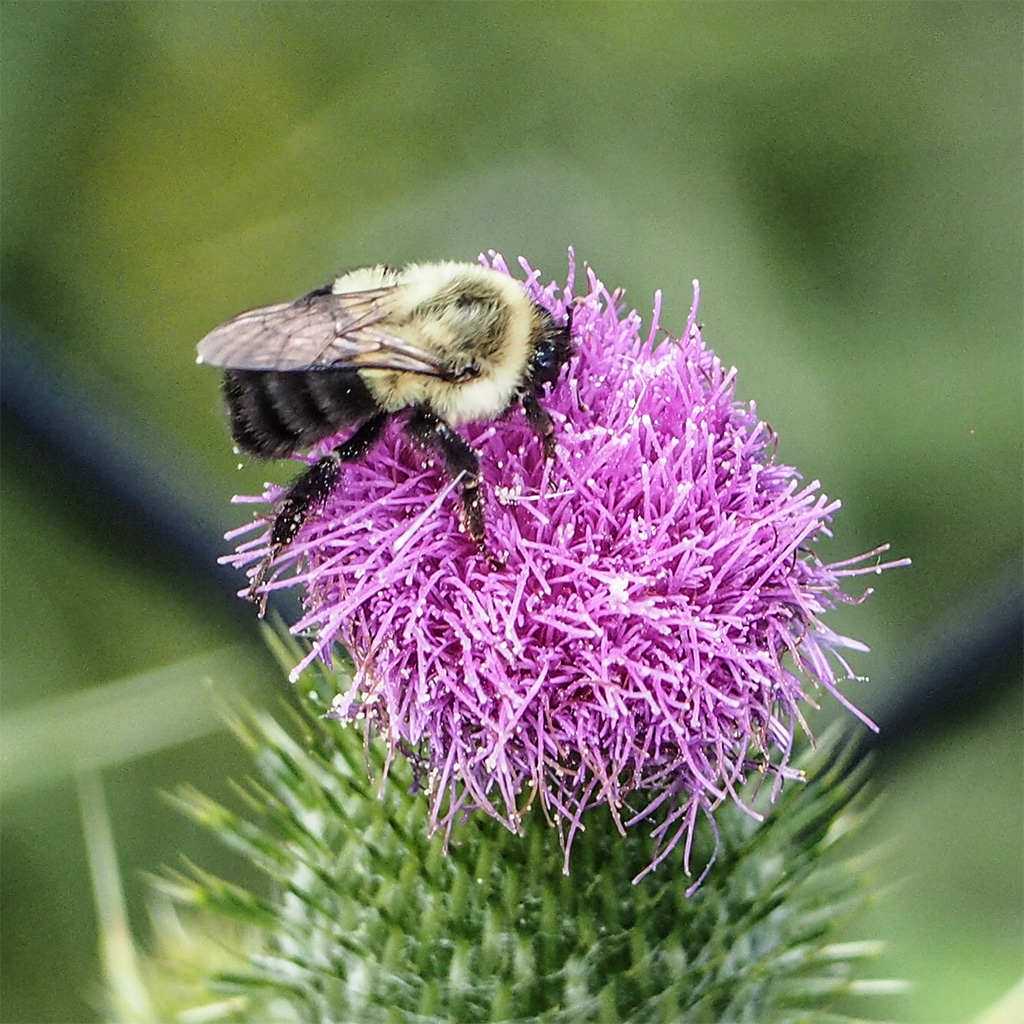 The common Eastern bumblebee has a single yellow band at the top of the abdomen and the rest of the abdomen is black. It also has clear or smoky wings. (Photo: Jeanine Farley)

A few days after they emerge, the adult bees take over food-gathering duties from the queen. From then on, the queen’s only job is to lay eggs, while the other bees collect pollen and nectar and take care of the hive. Over the summer, more generations of bees hatch and the colony grows. By late summer, the colony begins to rear male bees and new queens who leave the nest. The males wait on flowers to mate with the new queens. By the end of the season, the old queen, the males and the worker bees have all died. Only the new queens survive. They each dig a small hole underground, where they hibernate until April and emerge to start new colonies.

Bumblebees bet everything on the survival of these queens. But many queens and early bee colonies do not survive. In fact, over the past hundred years, the number of bumblebee species in Massachusetts has declined to seven from 11. And three of those seven are in danger of disappearing from our state in the next decade. This is bad news, because losing a bee species can lead to the loss of a plant species that relies on that bee species for pollination. This can lead to the loss of birds that eat and shelter in that plant, which can lead to the loss of animals that prey on the birds, and so on up the food chain. Eventually, too many species will be gone and our ecosystems will not function. 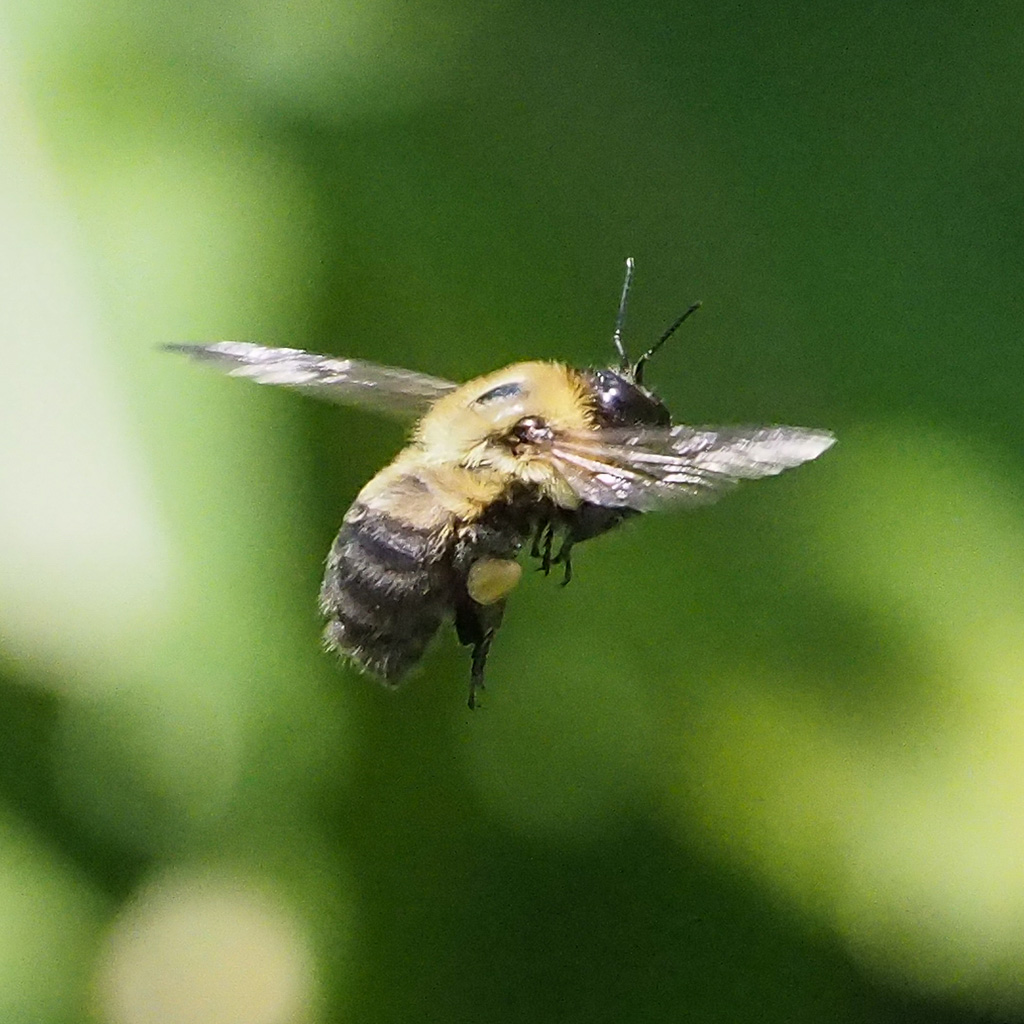 The common Eastern bumblebee is one of the few bumblebee species that is stable and perhaps even increasing its range. (Photo: Jeanine Farley)

There are some things we can do to help our native bumblebees, though. 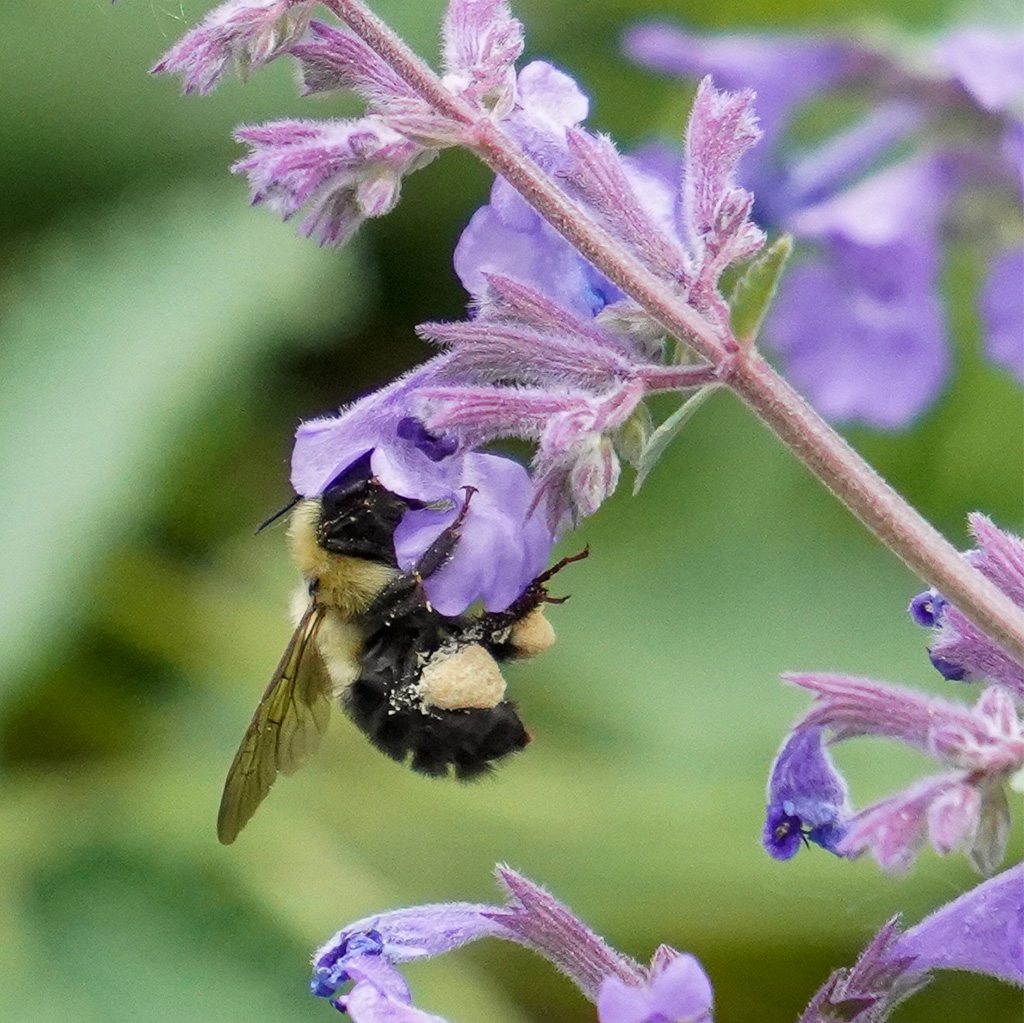 A common Eastern bumblebee collects pollen on its legs to take back to the nest. (Photo: Jeanine Farley)

Right now is a good time to create bee nesting sites by leaving gardens intact as much as possible. Wait until late May or June to clean up that garden. By then, the queens should have emerged from the grass or soil. (Your garden might look a little messy, but only to human eyes. Bees may view your mess as an attractive overwintering hotel.)