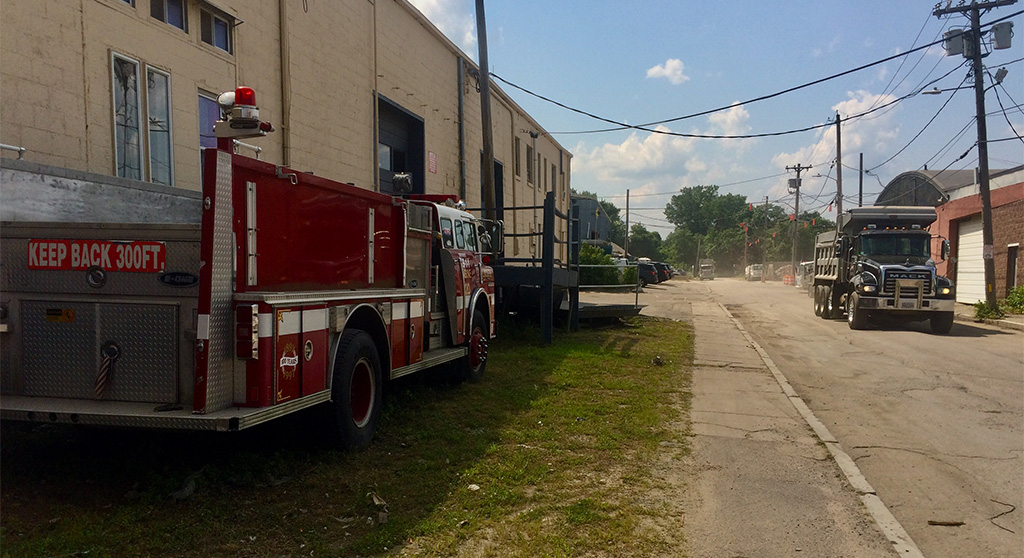 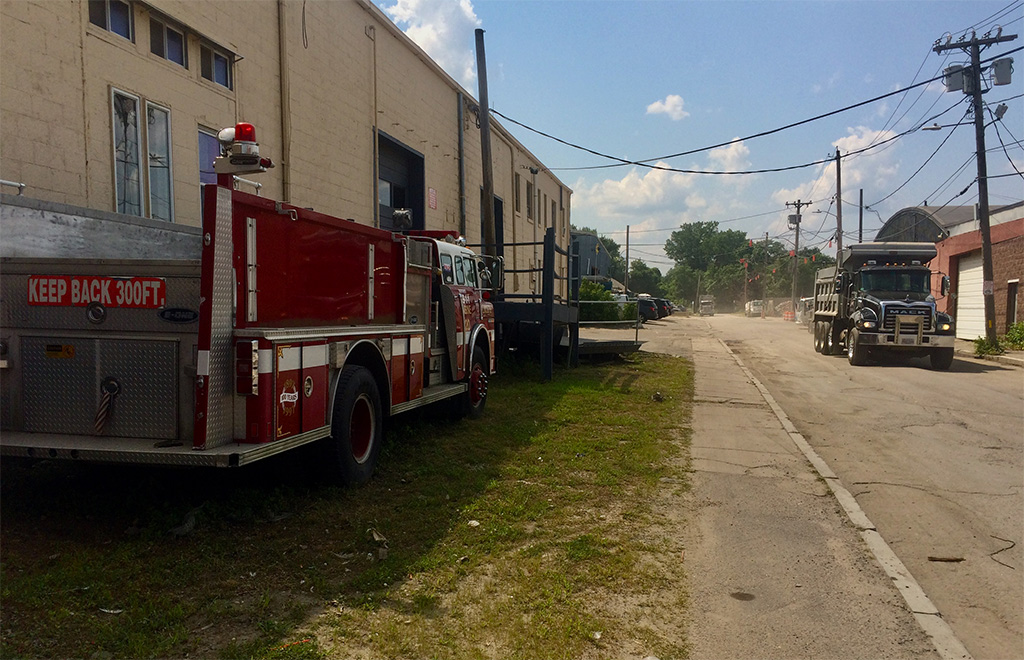 A 2017 view up Mooney Street in the Cambridge Highlands, land now owned by a life sciences developer based in Denver. (Photo: Marc Levy)

Another acre has been added to the Cambridge Highlands holdings of Healthpeak, a Denver builder and manager of labs, medical offices and retirement communities, according to a Tuesday post by the real estate tracking site Bldup. At a price tag of nearly $18 million, it becomes the 19th parcel the firm has picked up north of Fresh Pond since August, for a total $391 million.

The pattern of purchases has caused alarm among some city officials. On Thursday, councillor Patty Nolan submitted a policy order for Monday’s council meeting calling for a moratorium on additional office and laboratory uses in the area until Dec. 31, 2023, or “such time as new Alewife District zoning is ordained.” The order is co-sponsored by councillor Marc McGovern and Mayor Sumbul Siddiqui.

City plans from 1979 and 2019 have called for the area to have a “mix of residential, business and industrial structures,” an outcome that would be undermined by Healthpeak creating an extensive campus of labs and offices while “city staff has not produced new zoning for the district in line with the plans,” according to the order.

As a resident who has been outspoken on development issues from his neighborhood near Fresh Pond, Doug Brown said he shared councillors’ concerns.

“We went through a very large, very long, very drawn-out, very expensive process to define what the community wanted, and that report was written and was put on a shelf, and nothing further was ever done,” Brown said. “The community’s already produced hundreds of pages of reports about what they want. [Healthpeak’s] standard practice is to build life sciences buildings. And of all the things that the community said they wanted in this area, life sciences was probably at the bottom of the list.”

Local retail, reasonably priced housing with homeownership possibilities, open space and public infrastructure, and some light industrial presence that provides entry-level jobs were all mentioned by the public during theEnvision Cambridge public planning process, which moved Alewife zoning to the top of the priority list. Nolan noted in her order that “long-needed public infrastructure, including pedestrian and bicycle connections through and across the district, a rail stop for those commuting to and from the area, publicly accessible open spaces and urgent municipal needs such as [public works] and fire department facilities, remains lacking.”

Much of the property has been bought from Cabot, Cabot & Forbes, whose chief executive Jay Doherty launched a rezoning plan for the area in October 2019 that might have created more of a mixed-use neighborhood. But it was sent back for revisions four times, and the company seems to have opted against a fifth. Cabot still owns some property near Alewife, but Healthpeak may be looking to buy it: It’s been acquiring parcels under the names LS Alewife I, II, III and V; that suggests an Alewife IV deal may just be lagging.

A message seeking comment from Healthpeak was left before publication of a Monday article on its spending spree.

Attorney James Rafferty has agreed to represent Healthpeak locally on potential zoning issues, he said Thursday. It’s too early to say what the firm plans to do near Alewife, though.

“Is this permitting, or is this more than permitting? I honestly don’t know yet. They’re going to have a lot more [property] than what Cabot, Cabot & Forbes had, so it really does cry out for some kind of master planning,” Rafferty said. “They’re spending a lot of time looking at the prior petition and what was seen as agreeable and where there was more work needed.”

Moulton Street is a three-story office building of 25,536 square feet put up in 1970 and still in fair condition, according to the city assessors. It last sold in June 2014 for $5 million, so the Healthpeak purchase amounts to a markup of 262 percent in a little over seven years.

“The last player that came along had their own agenda that included a bunch of zoning changes that may or may not have been compatible with what the community voiced in that plan,” Brown said, referring to Cabot. “Now you’ve got someone who came along and not only paid even more for that property, but bought a whole bunch of other properties as well. You can kind of expect that they’re going to have their own ideas about what theywant to do with it, and the concern is that it may or may not jibe with what the community wants.”