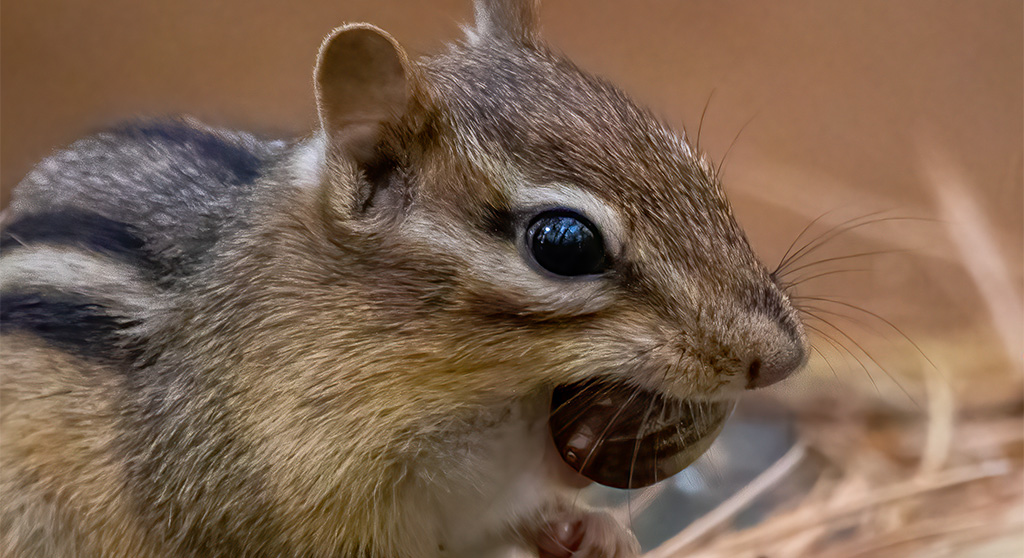 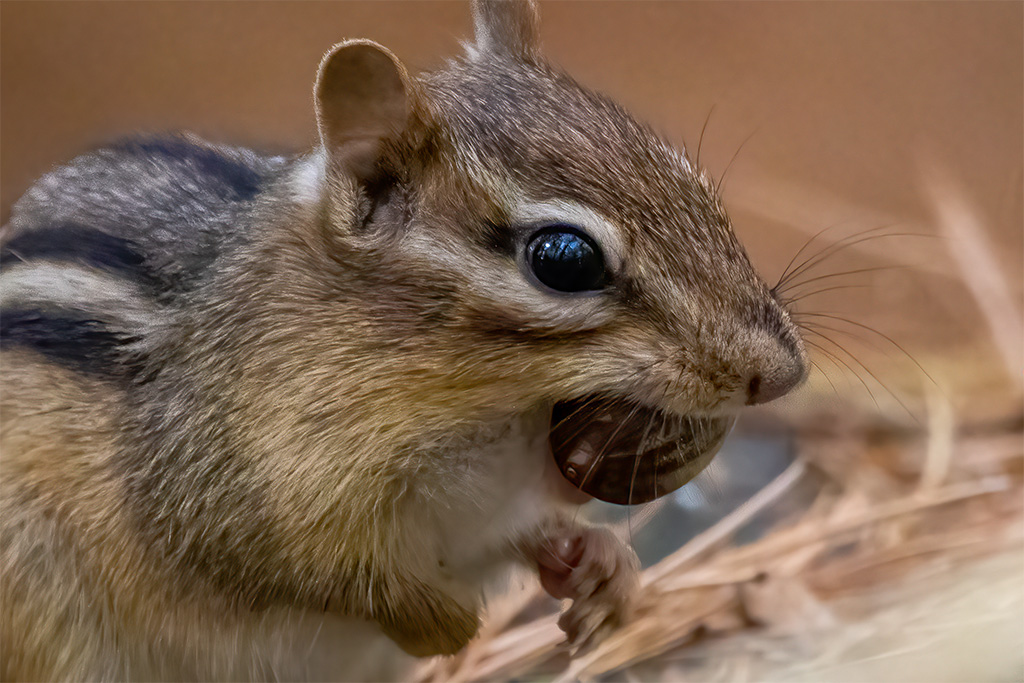 Chipmunks. Gotta love their cute, furry faces stuffed with seeds. If you have noticed that there seem to be far fewer of their furry faces than normal this year, you would be right. There’s a reason. Do you remember the acorn explosion back in the fall of 2019 – when acorns were bouncing around everywhere, when they covered the sidewalks and plinked off cars, when you skidded down hills on top of acorn marbles? That was a mast year for acorns, which means oak trees produced an unusually high number. It is not known when or why this occurs, but somehow every two to five years all the oak trees in the region act in unison to produce a prodigious number of acorns.

Plenteous numbers of acorns was good news for the chipmunks and squirrels during the winter and spring of 2019-2020. These critters found abundant food and raised large families. A population explosion ensued. I remember neighbors saying they saw chipmunks in parts of Somerville where they had never seen chipmunks before. Unfortunately for these critters, however, during the autumn after a mast year oak trees produce fewer acorns than normal. Fewer acorns meant that many of these chipmunks and squirrels did not survive the winter. I live two blocks from a city park. Most falls, I see an enormous number of frenzied squirrels burying acorns among the autumn leaves. This year, I can sometimes walk the entire park without seeing even one.

Historically, after the chipmunk and squirrel populations crash because of a mast year, these populations rebuild slowly over several years to the carrying capacity of the land. But climate change might affect this outcome for chipmunks. Unlike squirrels, chipmunks hibernate. You might intuitively think that a warm winter would be good for chipmunk survival, but this is actually not the case. When the weather becomes cold enough, chipmunks retreat to their burrows for the winter. Their body temperature lowers to about 40 degrees from 94 degrees. Their heart rate slows to 4 beats per minute from 350 beats. They go into a state similar to hibernation. Every few days, they wake up, eat some of their stored provisions, and go back to sleep. (This state of suspended activity is called torpor. It is not true hibernation, because chipmunks wake up every few days.) If a winter is mild, chipmunks do not hibernate at all. This causes them to use up all their stored body fat and provisions too early, and they do not survive the winter. 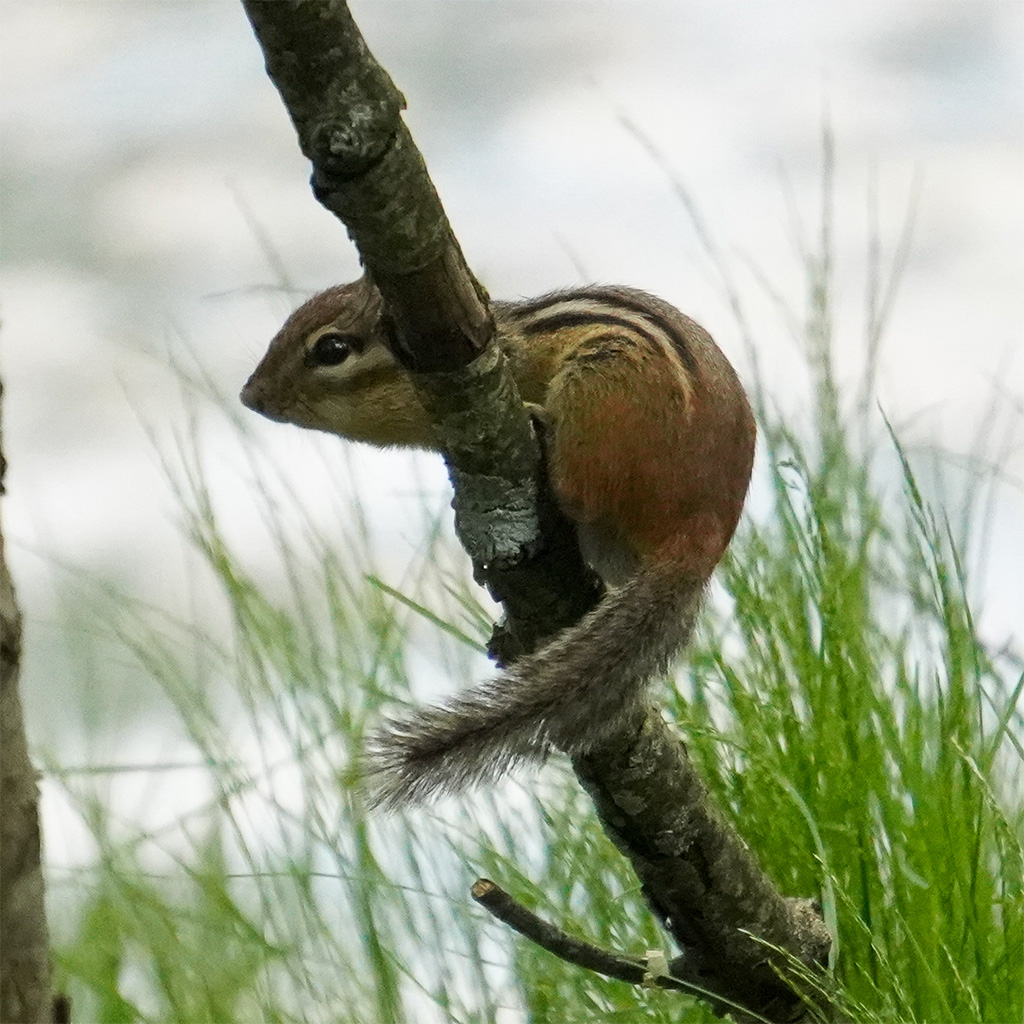 An eastern chipmunk on May 16. (Photo: Jeanine Farley)

In one study, Craig Frank, a Fordham University biologist, placed radio telemetry collars on chipmunks to measure their body temperatures throughout each winter from 2003 to 2006. The winter of 2006 was an unusually warm winter. During that winter, only one chipmunk in the study survived. In the colder winters from 2003 to 2005, all chipmunks had survived. In fact, November and December of 2006 were the warmest winter months ever recorded in the state of New York. Only one chipmunk of the nine in the study entered torpor that year, and that was the only one who survived. The other chipmunks were never found, but their radio collars indicated their body temperature was the same temperature as the soil.

Scientists do not know a great deal about how climate change affects animals that hibernate, but recent studies suggest that these critters might be greatly affected by warming temperatures. Climate change may also affect the eastern chipmunk (Tamias striatus) in another way: An early spring may cause a chipmunk to leave its burrow too early before there are food resources for it to forage. 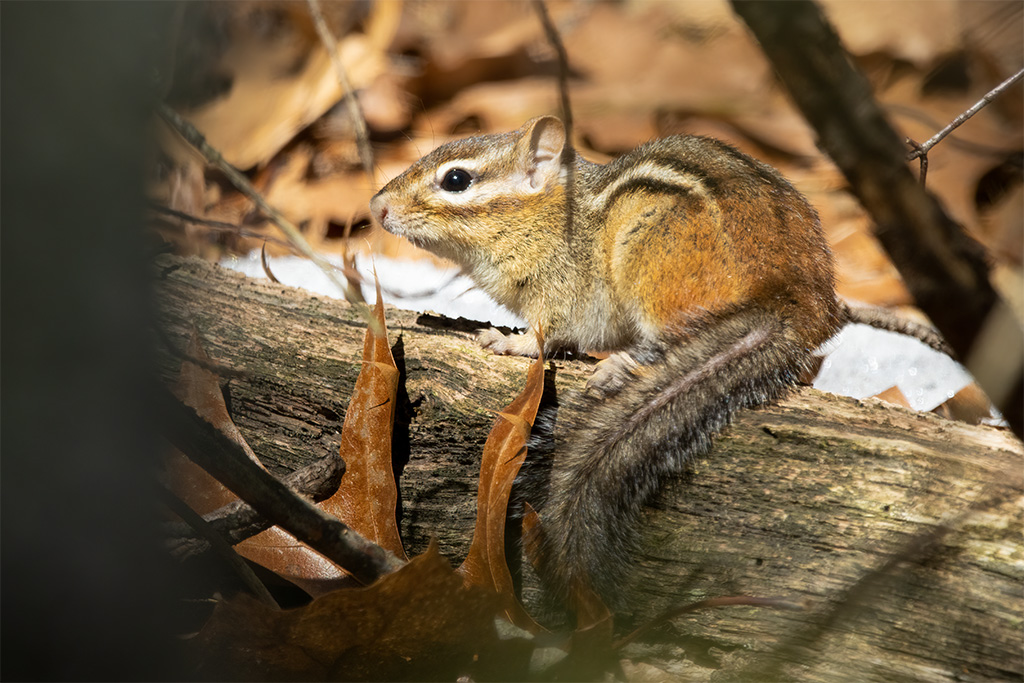 On March 8, with snow still on the ground, an eastern chipmunk has awakened from hibernation. (Photo: Richard George)

Unlike squirrels who seemingly bury acorns willy-nilly in any location, chipmunks carry nuts and seeds back to food chambers in their burrows. A chipmunk’s burrow is quite remarkable. It consists of a 10-foot tunnel parallel to the surface. The tunnel ends in a sleeping chamber. The chipmunk digs out nearby chambers to hold nuts and seeds. It also digs out a birthing chamber and a latrine chamber. When cold weather arrives, chipmunks fill the entrance to their burrow with leaves and retreat to their sleeping chamber for the winter. According to Mass Audubon, chipmunks in Massachusetts enter their burrows for the winter in late October; as of early November, I was still seeing chipmunks out and about. I am hoping, however, that they will soon disappear from our sight until they emerge alive and well in the spring. 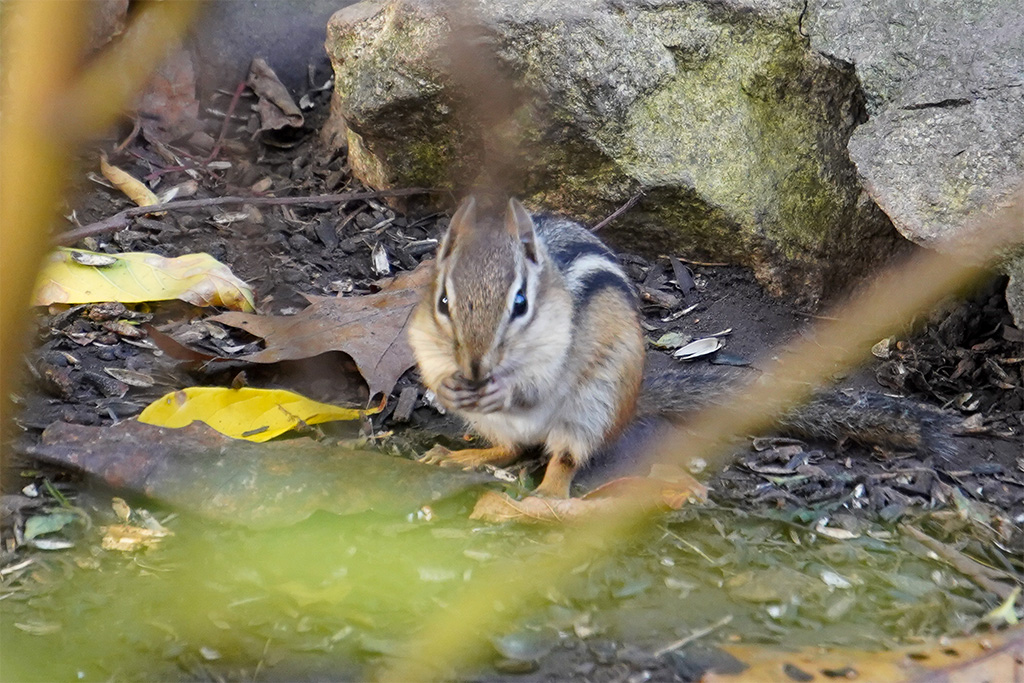