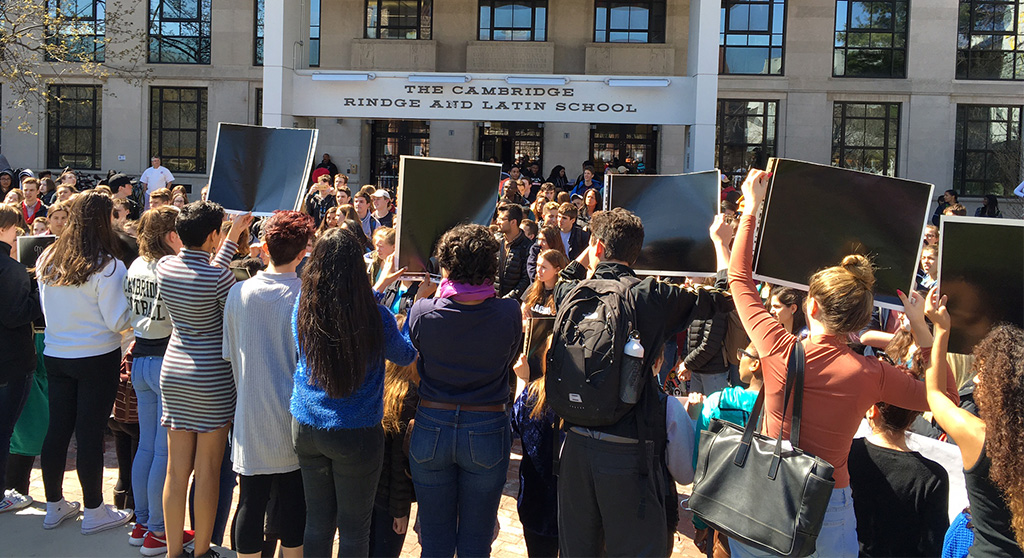 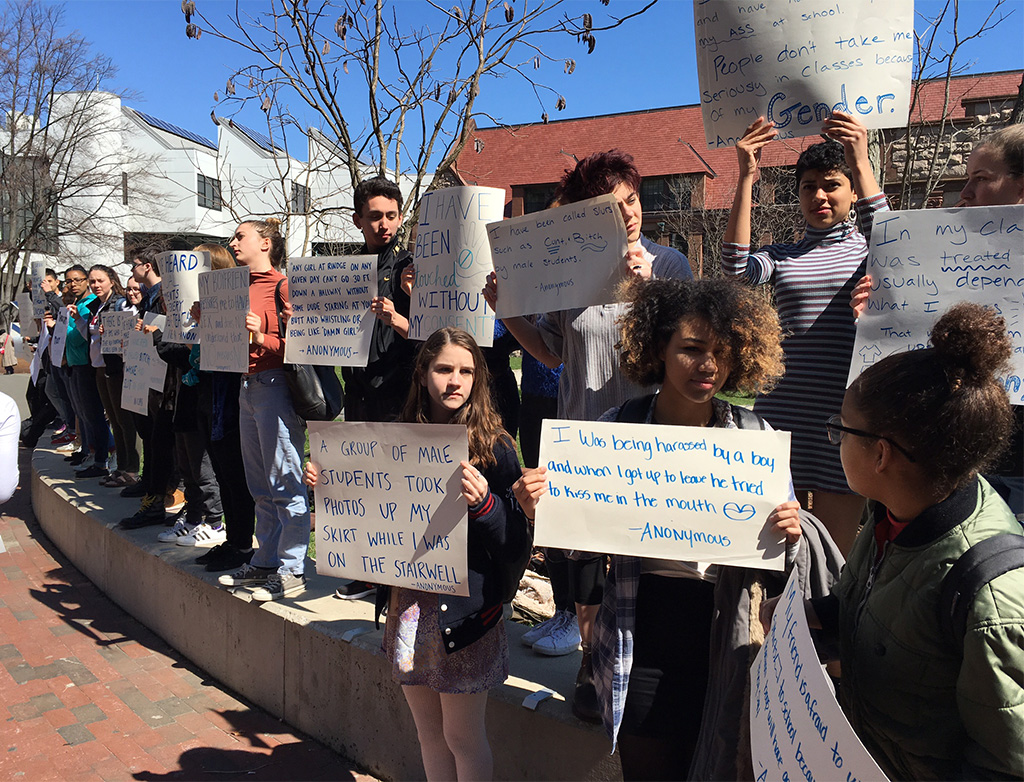 A walkout at Cambridge Rindge and Latin School in 2016 publicized the same concerns about sexual assault and harassment of students that were heard this week. (Photo: Jean Cummings)

Nearly one-quarter of the city’s high schoolers walked out of classes Tuesday to bring attention to the impact of sexual assault and harassment on students, despite a similar walkout being held more than five years earlier leading to an “action plan” that got enthusiastic School Committee support in the spring of 2017.

Roughly 450 students, or 24 percent of the 1,867 students enrolled at Cambridge Rindge and Latin School, walked out from 10:15 a.m. to 2:45 p.m., with around 50 sharing stories. It appeared to be an escalation from 2016, when at least 150 students gathered in support of some two dozen sign-holding protesters, and actions since.

“I remember that walkout,” said student School Committee member Nuriel Vera-Degraff on Tuesday, recalling a protest from his first year at CRLS. “Seeing the walkout today, it was so similar – strikingly – in the stories people were telling and the feelings and sentiments that were going around in the crowd. It seems like so many these issues are still prevalent today in the same way.”

At the walkout, several students indicated that they had filled out a report of sexual assault and harassment “and either haven’t gotten a response at all or didn’t receive a meaningful response,” student School Committee member Anais Killian said. Speakers suggested it contributes to a lack of trust between students and educators. 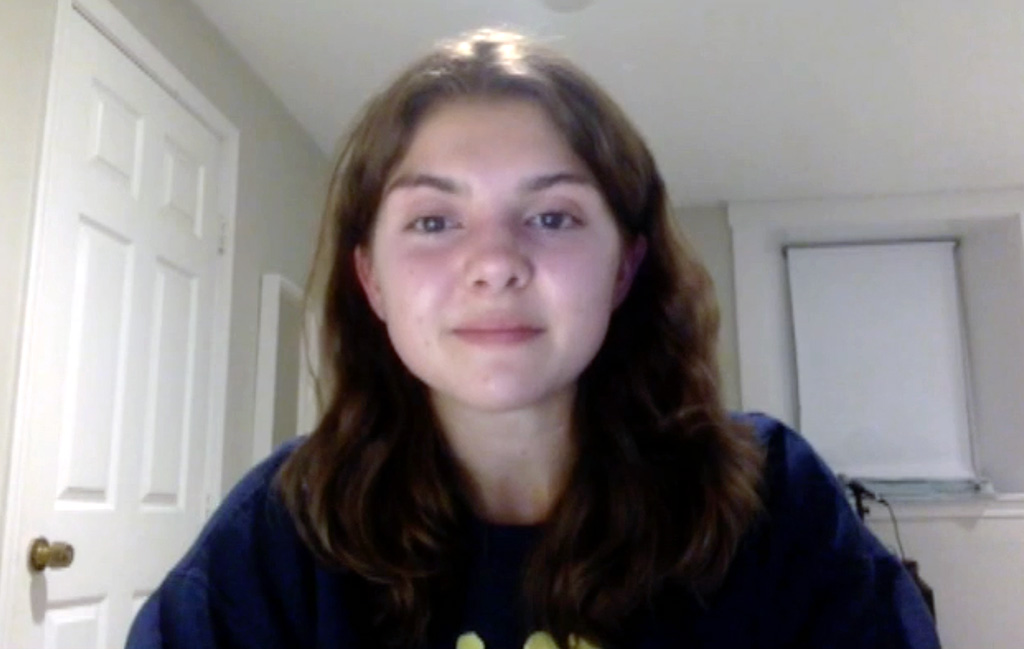 The action plan proposed in 2017 by then mayor E. Denise Simmons included recommendations to appoint a Sexual Harassment and Assault Prevention Task force at the high school and upper schools made up of staff, students and outside experts to develop training requirements; that all staff and students should complete learning modules on the subject; and that elementary schools should be reviewed for their success at creating a “climate of respect.” It also began identifying sources for best practices.

Still, on Tuesday students wound up back where the process started: protesting outside their school.

Some students were unhappy with a Boston Globe article that reported the walkout by quoting acting superintendent Victoria Greer and CRLS Principal Damon Smith but did not include student perspectives. It missed that “there is no allyship between us and the administration. They do not trust us, they do not support us and they do not hear us,” one student said online.

Other students agreed in an online message that the article “did not represent student voices” and asked for people who participated in the walkout to contact the Globe reporter to “make sure that CRLS students and survivors are accurately portrayed/represented.”

A meeting later Tuesday about results from the latest teen health survey heard student demands from the walkout that included improving the reporting process and adding issues of consent explicitly to wellness curriculum.

Another suggestion made Tuesday was for a third party – perhaps a community educator or former student – to be whom students go to when there are incidents they need to discuss.

Smith said at the meeting that the reporting process “has been changed so that students can do a number of the things that they had talked about,” but a student “nervousness” exists around reporting incidents “because [students] are not 100 percent sure where the situation will go, and it sometimes does not make things better.”

“When folks talk about sexual assault, sexual assault is a crime,” Smith said. “I understand the difficulty of detailing and revealing and speaking about that, but as mandated reporters in our school community, if there are incidents related to harm, self-harm or crimes occurring, we are duty bound” to report it to authorities.

“There is no other option for us,” Smith said. “That’s something that I think is very challenging for our school community, and also challenging in our ability to support and help our students.”

The project had a reduced scope compared with previous years due to Covid limitations. The online survey was given to students to middle and high school students during class time in May, though not to students in the High School Extension Program, due to logistical issues. A total of 990 upper school and 1,030 high school students (66 percent of the total) responded.

Feature image by Jean Cummings is of a 2016 student protest around issues of sexual assault and harassment.