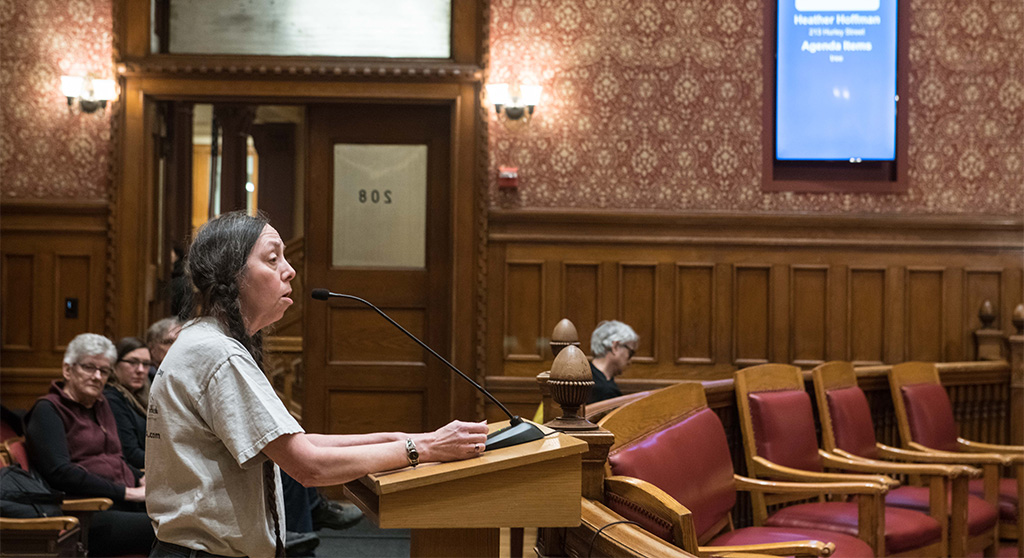 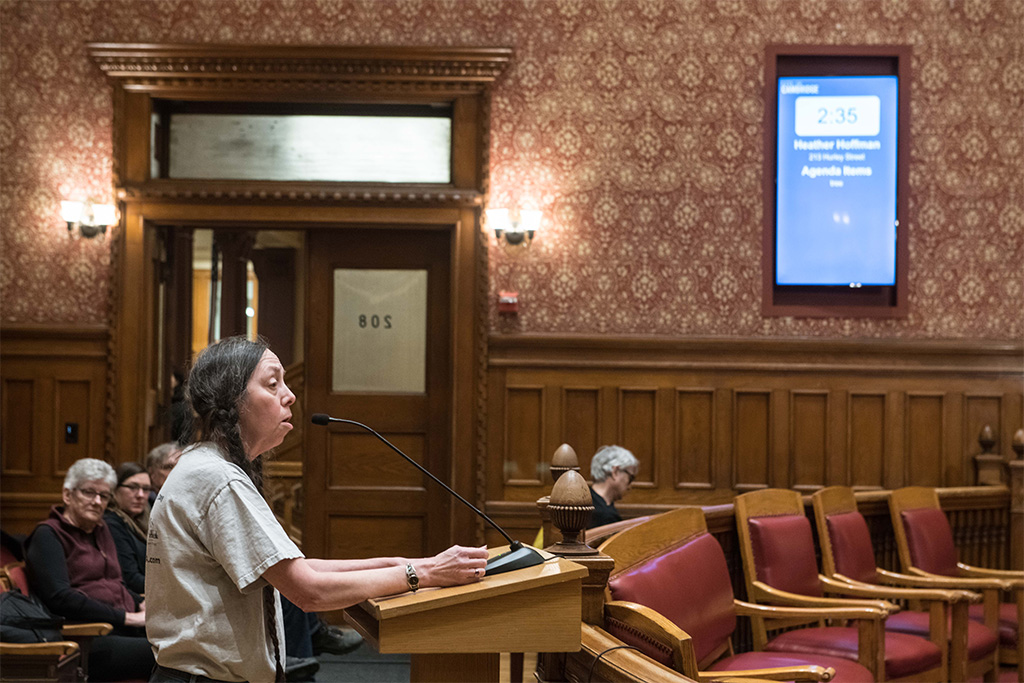 Five neighborhood organizations are asking elected officials to take a civility pledge for the coming term, modeling “civil debate and sharing of divergent views” while “refraining from abusive name calling, shouting and disparaging of others.”

The emails to every member of the City Council and School Committee went out Wednesday and quickly got a signer in Paul Toner, who joins the council at Monday’s inauguration.

After making civility a plank in his campaign for a seat, “I don’t think I could not sign,” Toner said Saturday, laughing. “But I do believe in having civil discourse. During all my years working as a teacher and union leader, one of my mottos was ‘agree to disagree without being disagreeable.’ I’m willing to have a beer or coffee with anybody to talk about and understand where they’re coming from.”

Three days after the pledge went out, as Cambridge rested on the first day of the new year, Toner was still the only person to commit, said Heather Hoffman, who led the initiative under the monicker of Civil Cambridge. (It is “just an email address” formed for this sole purpose, she said.)

(Late Saturday, after the initial posting of this article, councillor Quinton Zondervan signed on, Hoffman said. On Jan. 13, 2022, José Luis Rojas Villarreal signed the pledge, becoming the first member of the School Committee to do so.)

Some council incumbents said in October that public politics had become more personal and less substantive than in years past. Longtime School Committee member Fred Fantini was present at an East Cambridge Planning Team meeting where Hoffman pitched the pledge last month and didn’t seem opposed, she said, so people may just be taking time off from email for the holiday.

Hoffman said she was inspired to start a civility pledge by a similar effort in Medford.

“We can’t go on like this. It has become toxic around here. And someone has to start the detox,” Hoffman said. “When I saw [the Medford civility pledge online] I said, ‘Well, thank you algorithm for choosing the right person.’ Because I really needed to know that it wasn’t just us. And someone else had done all of the hard work of writing something.”

There’s no panel of judges or litmus test for civility, Hoffman told Toner. It’s really just a pledge to model better behavior in public. “It’s maybe less about the elected officials and more about the citizenry itself,” Toner said, pointing to “folks on social media attacking one another or questioning people’s motives simply because they have a different perspective on things.”

The installation of bike and bus lanes on North Massachusetts Avenue was one issue over the fall where nuance had been lost and “if you raised an issue or question about how it was implemented or whatever, it quickly turns into that you’re either for bikers or against bikers,” Toner said.

Hoffman had an example too: some of the response to a Planning Board vote in May about proposed “missing middle” zoning. The proposal went to a 5-3 defeat at the board, with opposing members – and even some in favor – concerned the zoning would lead to more development without achieving its goals of affordability, inclusivity or sustainability. Hoffman said the vote sparked calls of racism.

“We have big problems to solve, and all we’re doing is calling other people nasty names,” Hoffman said, referring to “just gobsmacking” throwing around of terms of racism and homophobia.

“Too often the people who are loudest about throwing around the terms are just talking about disagreeing with somebody,” Hoffman said.

The text of a introductory letter sent to elected officials and the pledge, adapted by one from the group Safe Medford, as provided by Hoffman:

Congratulations on being elected or reelected to the Cambridge City Council! After what has often been a contentious election, we are looking forward to ushering in a new spirit of collaboration and civility here in Cambridge and, to this end, are inviting you to sign on to our civility pledge.

We have noted the ways in which the growing level of hostility and verbal and physical violence being promoted from the highest levels of government has seeped down to our own city of Cambridge. We have witnessed name-calling, yelling, distortions and personal attacks in lieu of honest and respectful debate.

We are committed to ensuring the physical and psychological safety of all residents of our city. In this spirit, a number of groups are joining together to ask our elected officials to pledge to promote an atmosphere of respect for all at City Council meetings, at School Committee meetings and in all public venues, including emails and social media posts. This certainly does not mean that we cannot have serious, even passionate political debate. It does mean that we will treat each other with civility and acknowledge the inherent dignity of every one of us, in the spirit of our common humanity.

With this pledge, we call upon you, our elected officials, to model this kind of respectful behavior in all your interactions with colleagues and members of the public and to take the responsibility for ensuring that our city representatives be role models for how we treat each other.

Please see the pledge below and indicate your willingness to sign on by notifying us at civilcambridge@vivaldi.net.

We, the undersigned, make this pledge: We commit ourselves as city leaders to maintaining a respectful attitude to all participants in our public meetings and messaging, refraining from abusive name calling, shouting and disparaging of others. We welcome civil debate and sharing of divergent views. We expect no less from those we are affiliated with in their encounters with others about matters of public concern.